This short entry is being posted earlier than usual because we are coming and going for the rest of the month and in any case little changes here at this time of year.

I have been replacing some of the plants lost to the cold/heat of this spring and summer, notably as far as alpines are concerned the porophyllum saxifrages mentioned in the August post. Aberconwy Nursery has a great stock of these and on a quiet day recently I had the advantage of Rachel’s knowledge to select a range of suitable species and clones. These will be commented on when they flower in the spring, but in the meantime it is nice to have the form of Sax. alpigena sold, among many others,in the late 1970s from his home in the Conwy Valley by my late friend, John Byam-Grounds. He was a great expert on these plants and co-authored with Dr Radvan Horny and Karel Mirko Webr (and published privately) what is still as far as I am aware, despite the considerable work that has been done on them since, the best book on this group (Porophyllum Saxifrages, 1987, Byam-Grounds publications). I well remember one winter evening after Dr Horny had given a talk to our N. Wales Group of the AGS, retiring to our home with him and JBG for coffee and cake, followed by a torch-lit tour of the alpine house, when the merits (or otherwise) of my humble collection of porophyllums was earnestly discussed. The fact that it was after 11pm by this time was of no concern to any of us!

By far the most arresting plant in flower at the moment is Campanula raineri, which has spread through a small trough, intermingling with other, earlier-flowering plants. It didn’t start to flower this year until early September, probably a month later than normal, but provided it is deadheaded regularly it goes on and on producing new blooms. I think the colour in the picture here is about right, but it is difficult to catch correctly even with a digital camera. As the rosettes are only about 2-3 cm across the 4 cm wide flowers make quite an impact. The white form flowered at the normal time in August and is at least as beautiful, though the flowers are less open and smaller, but borne in two and threes whereas those of the blue form are almost always borne singly. Both are easy given a well-drained, gritty compost and full sun, and can be propagated from offsets taken about now or in the spring. Seed is also a possibility but it is dust fine so should be sown VERY THINLY on the surface of gravel over compost and watered gently so that the seeds find their place in the cracks between the gravel particles. Like all very fine seed and the tiny seedlings that result, liverwort and moss infestation is a constant menace, exacerbated in damp climates such as ours, particularly if the pots are kept in too shady a place. I find it best to move the pots under glass as soon as the seedlings start to germinate and keep them on the dry side until large enough to prick out. 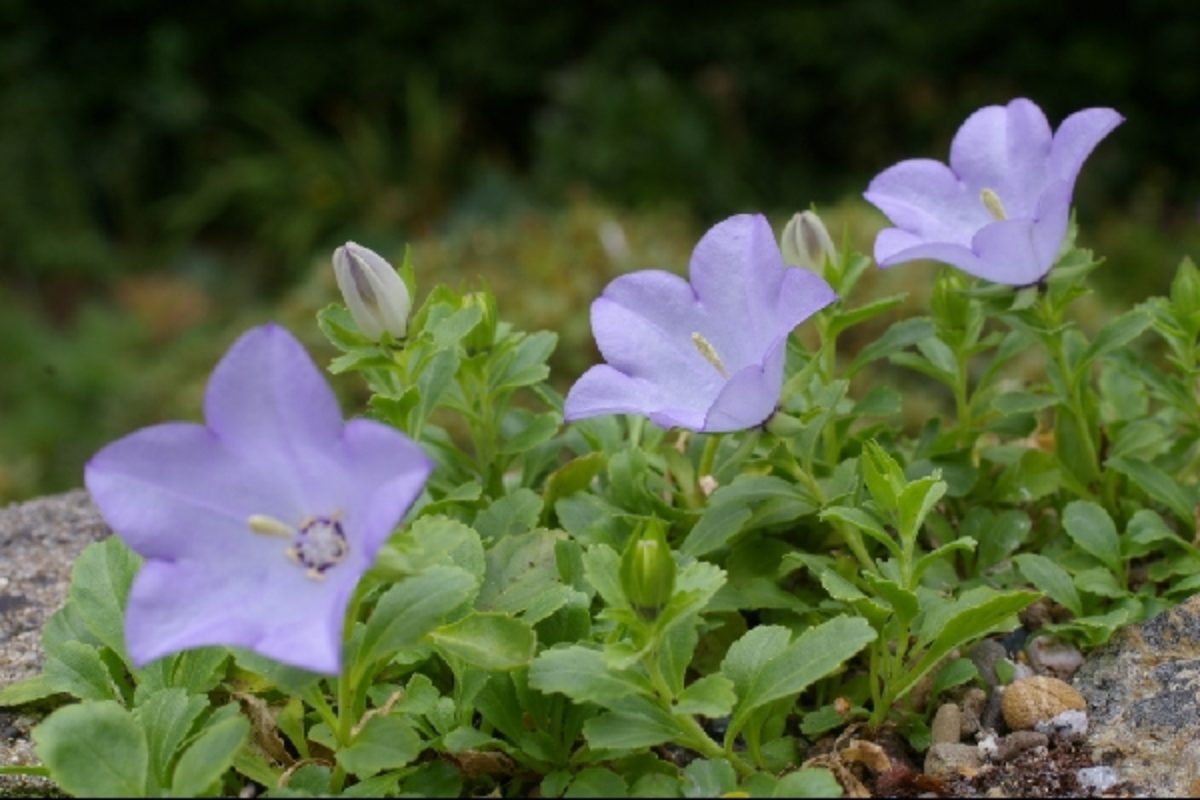 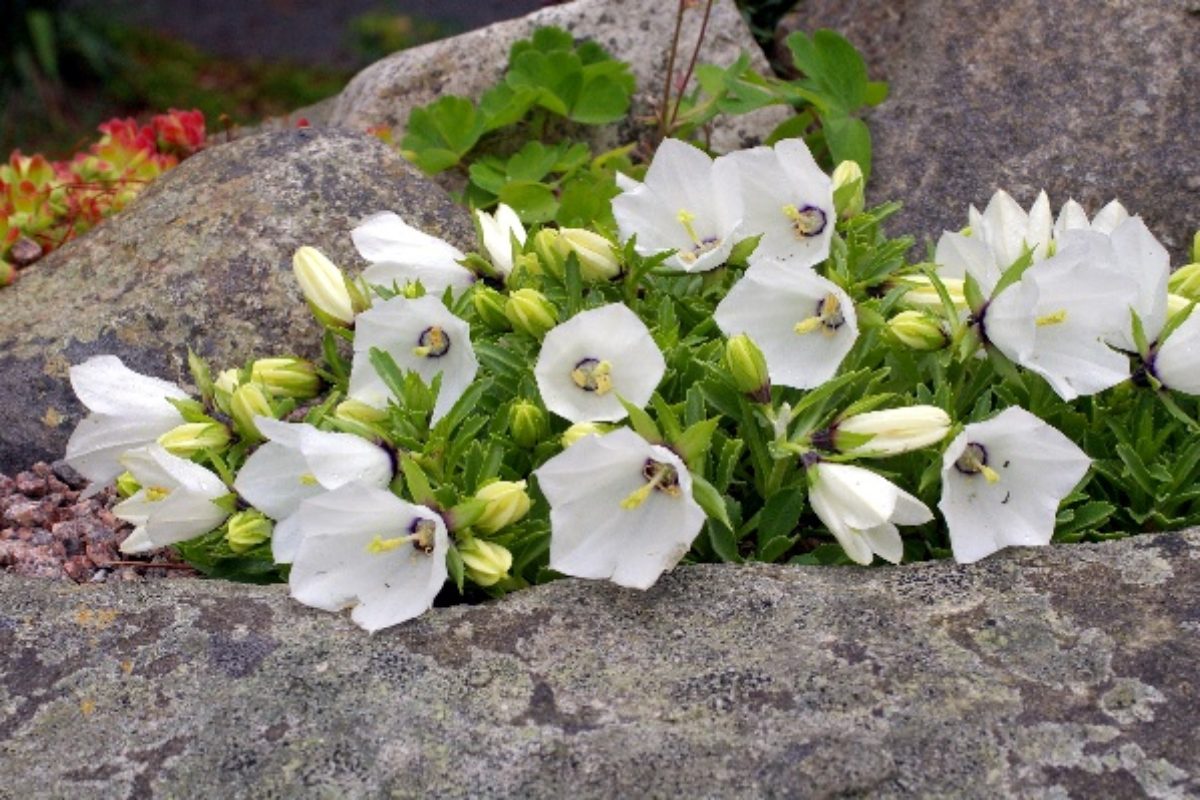 This is a good autumn for cyclamen which probably appreciated the long hot summer more than most. I thought that C. africanum would have suffered through being outside without cover through the very cold late spring, but no, it has come through unscathed and looks very healthy now, its very large, shiny leaves making a fine foil for the flowers. Is it really as frost sensitive as it is reputed to be? C. hederifolium is of course immune to anything that the weather can throw at it, surely one of THE very best alpines and so easy to grow even in the most ‘impossible’ places, such as under a huge beech tree in our garden. I love the mix of pink and white forms but if forced to choose I would go for the albinos. 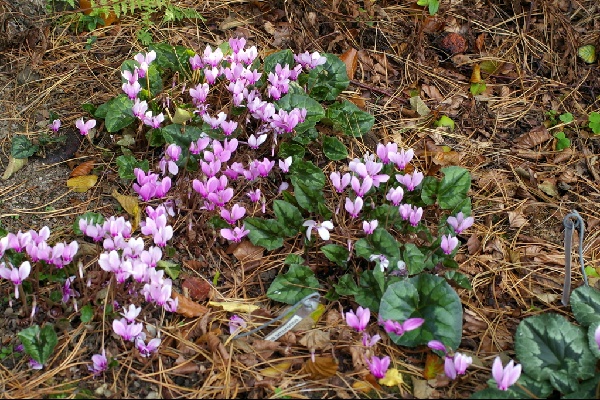 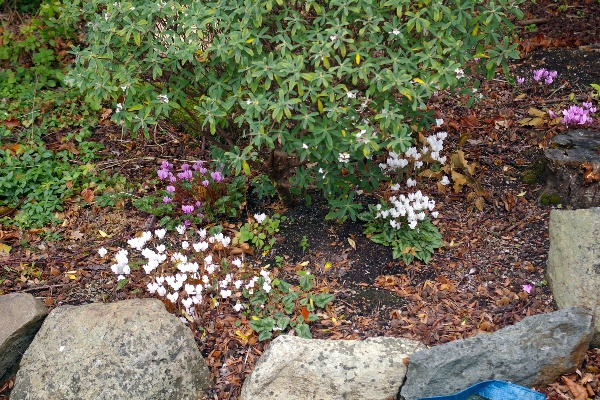 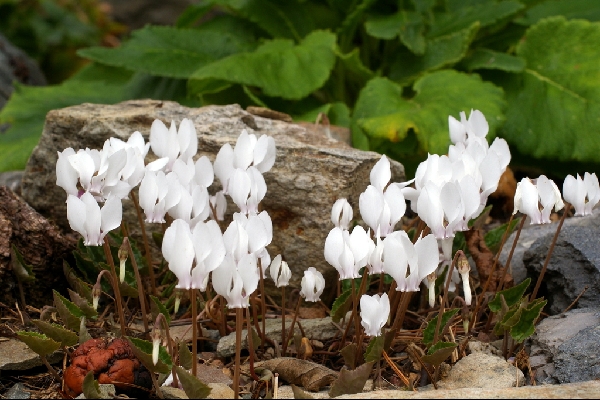 I now grow very few bulbs in pots but one which really prospers and fills a pot in a season is the splendid C. boisseri, which hails from rocky ground and juniper scrub in Western Turkey at from 400m – 1200 m elevation. The corms are very distinctive, long and thin compared with those of most other species. I have planted quite a few out over the years but so far without success, has anyone done better and if so where and under what conditions? 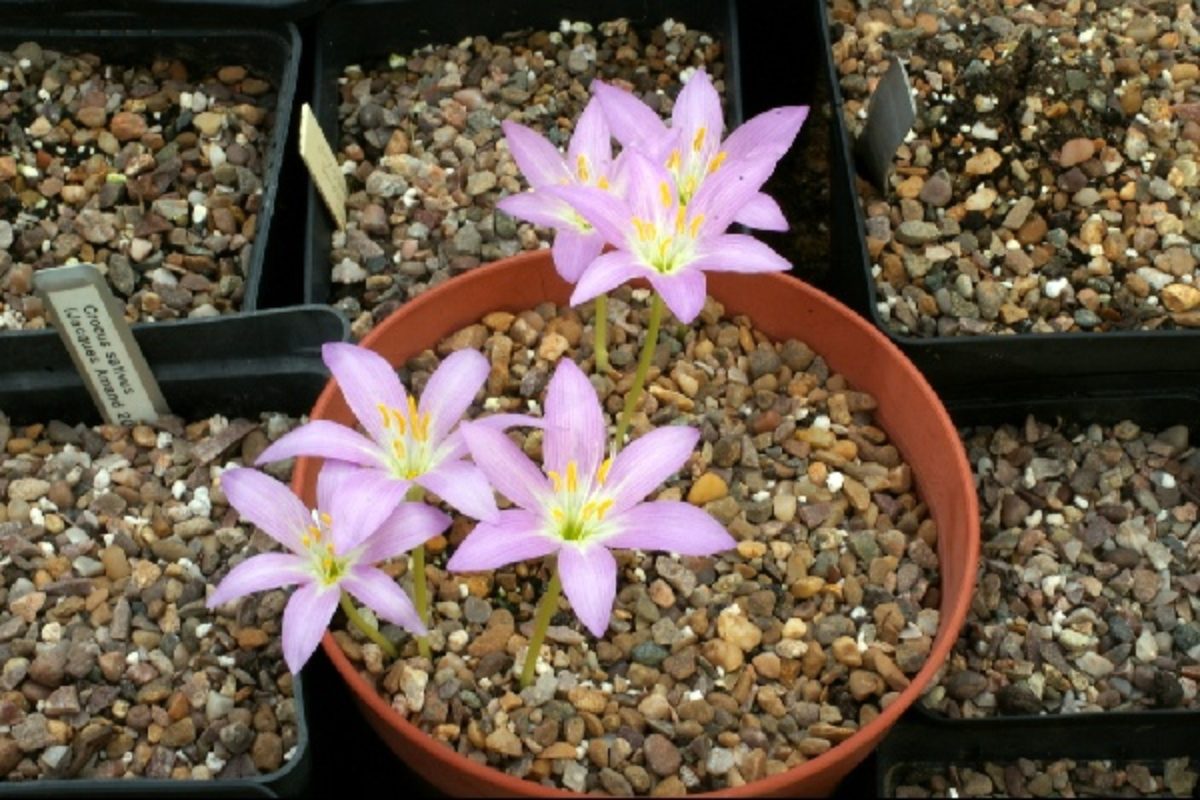 I commented on this plant soon after I purchased it  last spring from Kevock Nurseries in Scotland, who introduced it into cultivation. It is a more vigorous (much so here) form of the species with flowers on 25 cm stalks. I mention it now because it set copious seed which I collected today and will be sending to the Seed Exchange, so look out for it when the list arrives if you would like to give it a try. 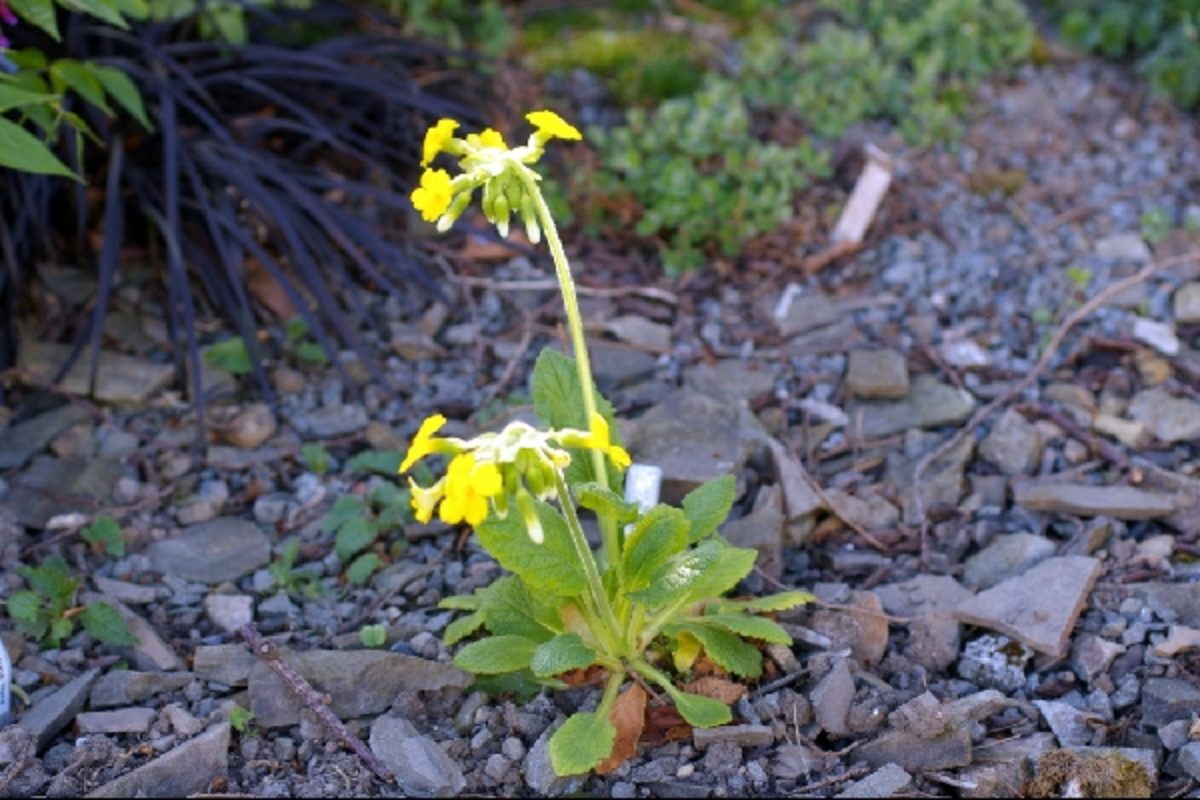 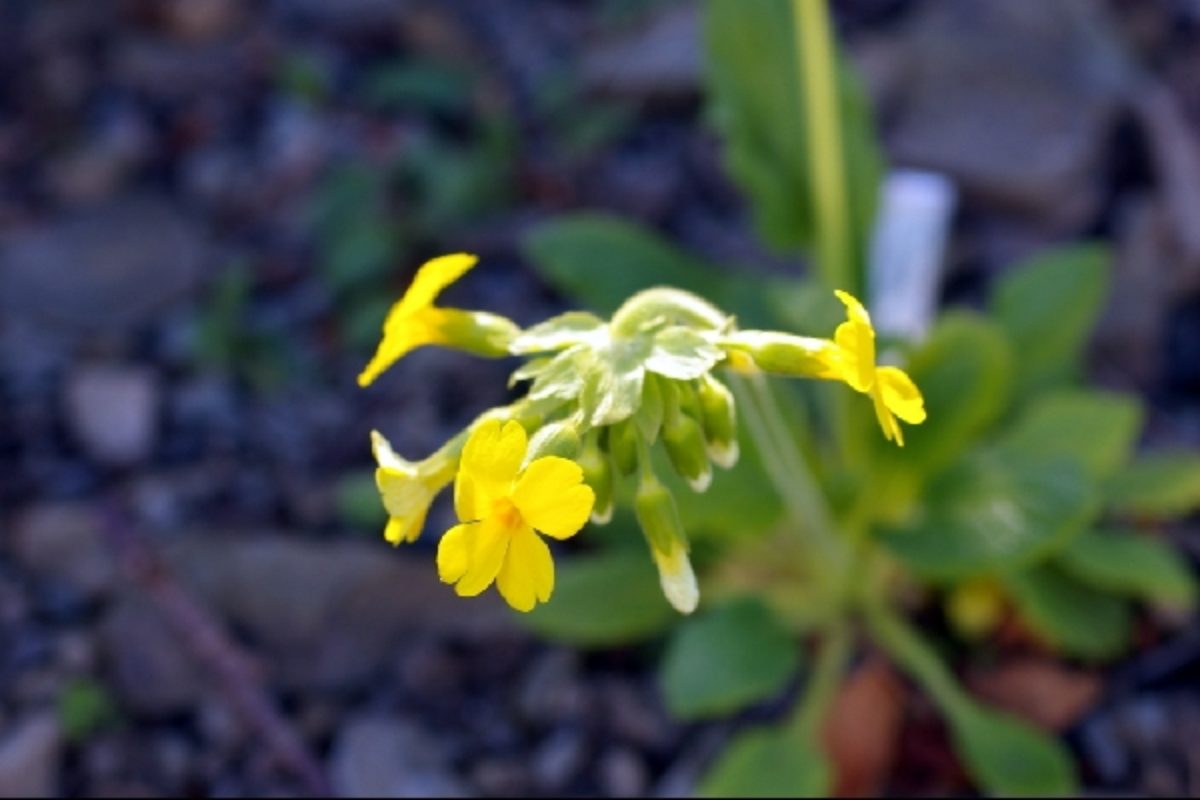 This is one of the plants which is flowering again profusely this season and it makes a nice little patch of colour with its satiny textured flowers reflecting the low autumn sun. 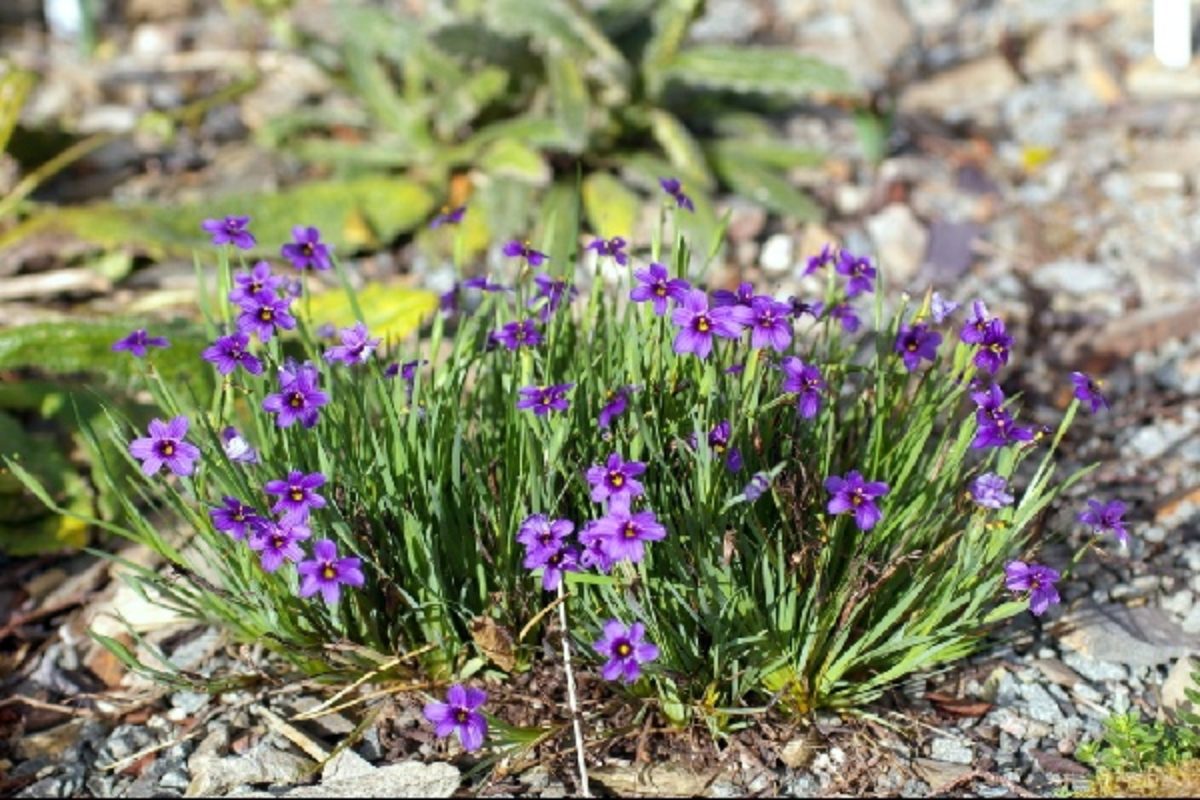 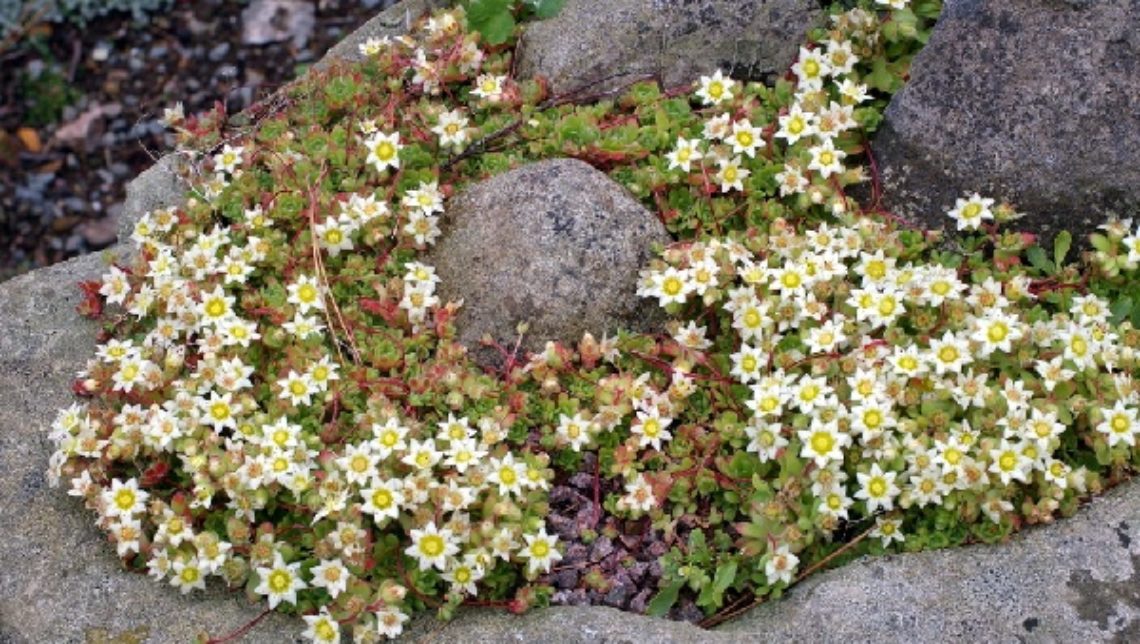