No fruits, no flowers, no leaves, no birds, – November!

The last two lines of Thomas Hood’s famous poem that form the title of this month’s offering succinctly summarize my view of November, my least favourite month.

I used to enjoy Bonfire Night, but now even that is ruined for me by the fact that the fireworks go on for a fortnight here and anyway, my ageing bones object strongly to standing in the cold and rain on a dismal evening, as it was here this year – along with almost every other evening this month!

Ah well, it will soon be Christmas and then we can take a dram or two and really begin to look forward to what we hope will be, rather than back on what might have been. Some cheer has been provided by the biennially splendid display of fruit on Sorbus pseudohupehensis. Next year it will have none. Looking for small crumbs of comfort, I noticed for the first time that some of my seed raised Pulsatilla vulgaris, which had not been cut back through a combination of lack of opportunity and idleness, were providing bright filigree patches of pretty good autumn colour in the raised beds. 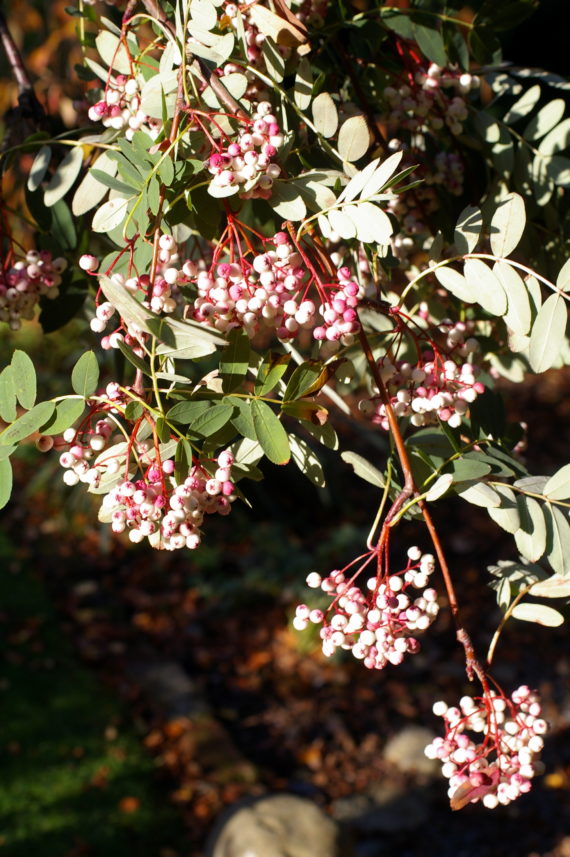 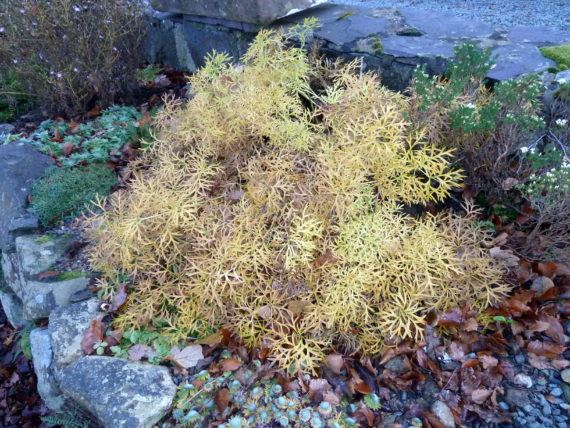 Strolling on, I noticed that quite a few bulbs were beginning to show. Though it is not a bulb, most mouth-wateringly precocious were the emerging buds on a large and ancient clump of  Trillium kurabayashii, and much less worrying than the equally precocious (and much more frost sensitive) buds of several peonies, notably P. ruprechtiana.

I almost had a spring in my step as I approached the house and a warming cup of coffee but that took me past a border full of various rhododendrons and other shrubs and there I was brought back to reality with a bang, confronted by a venerable plant of Rhododendron lepidostylum partially defoliated and totally disfigured by a very severe attack of Powdery mildew. This horrible disease has a strong hold here as, I believe, throughout the British Isles, but mercifully a good many species and hybrids are resistant. Generally, the worst affected here are members of the R. cinnabarinum Group, which contains a number of my favourites – the delightfully named and coloured cultivar R. ‘Peace’ has been almost completely defoliated some years, although now it seems to be somewhat recovered. I suppose if I were a better and more dedicated gardener I would dutifully spray all the vulnerable varieties to contain the infection, but I am not and I don’t! 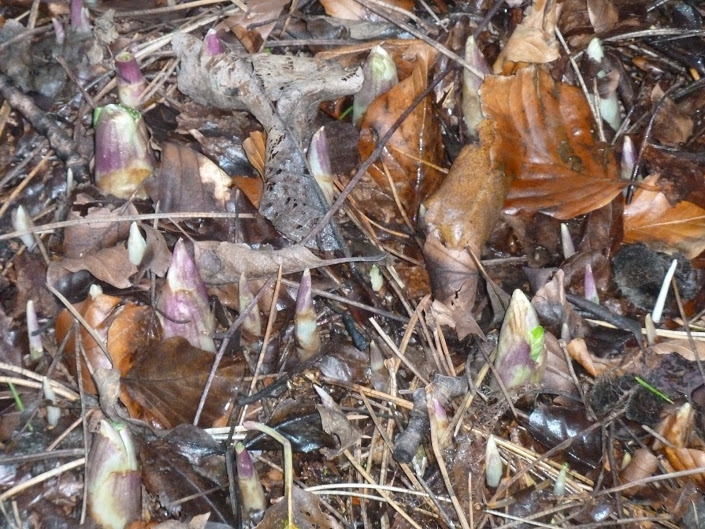 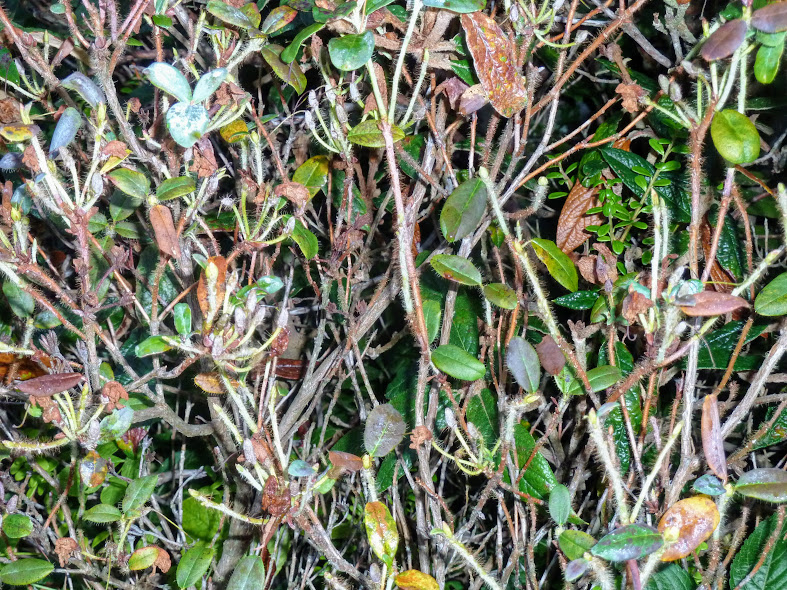 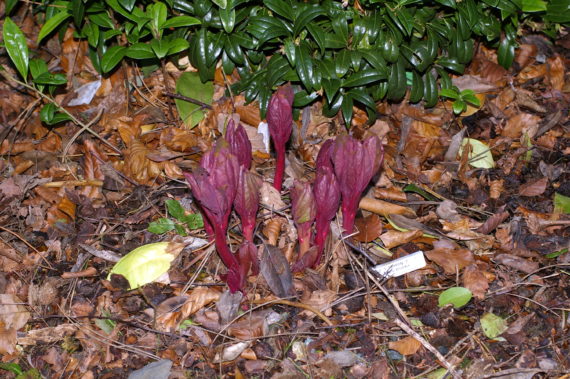 But let’s finish on a more positive note: a two-year-old cutting of my Ozothamnus (Helichrysum) coralloides is prospering in a crevice bed, but it will be a looong while before it reaches anything near the size of the parent plant. 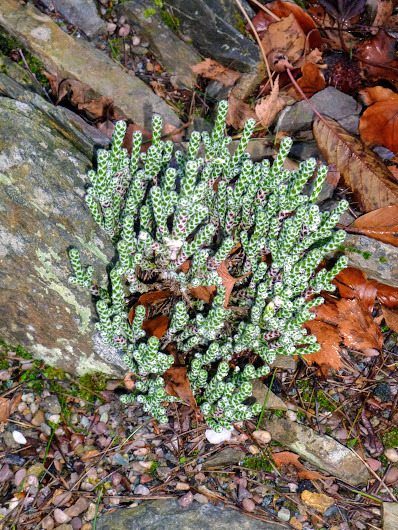 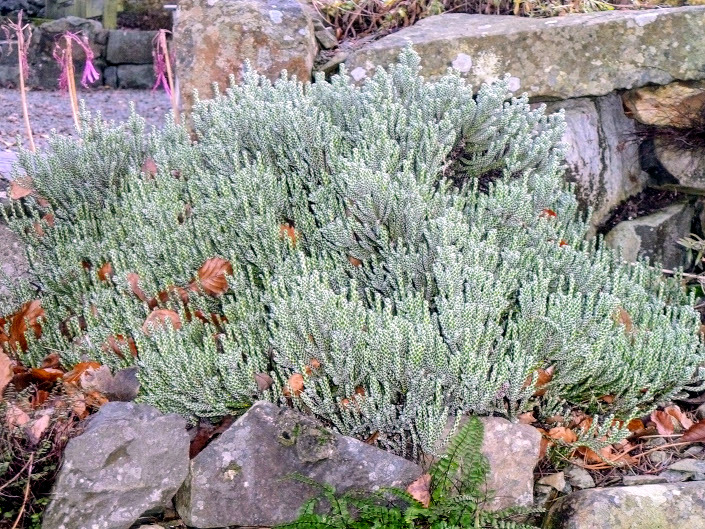