Well, it has finally stopped blowing a hooghly! But the wet weather has meant less time spent in the garden than usual. Even my beloved snowdrops came and went largely unappreciated, except for the few kinds I’ve been building up in pots prior to planting out, exchanging or giving away.

The first yellow ‘Trym’ type in my modest collection is ‘Midas.’ This is good, although the flowers are perhaps small for the tallish scape.

‘Howick Yellow’, on the other hand, is tiny, but proportionate in all its parts, increases quite freely, and is very free flowering. Galanthus gracilis tolerates – perhaps appreciates – quite deep shade. It has been coming up year after year in the same place, but does not increase much unless divided.

G. plicatus ‘Augustus’, named for the famous 20th century gardener, collector, and writer on snowdrops, Edward Augustus Bowles, is still one of the very best. It flowers in good condition for longer than any other here. It started in the second week of February this year and is still very presentable. 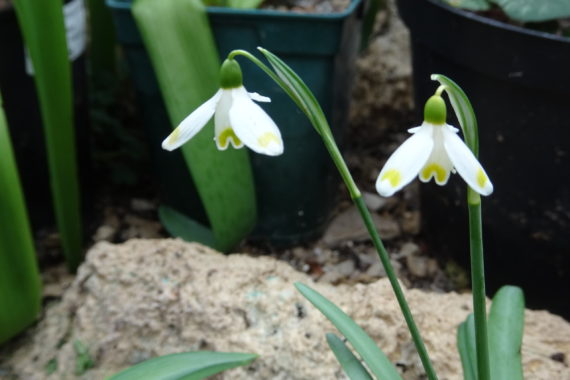 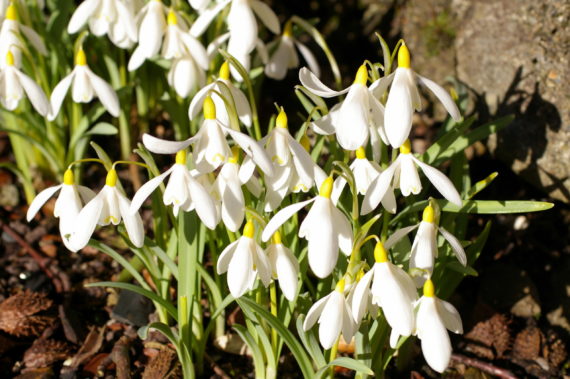 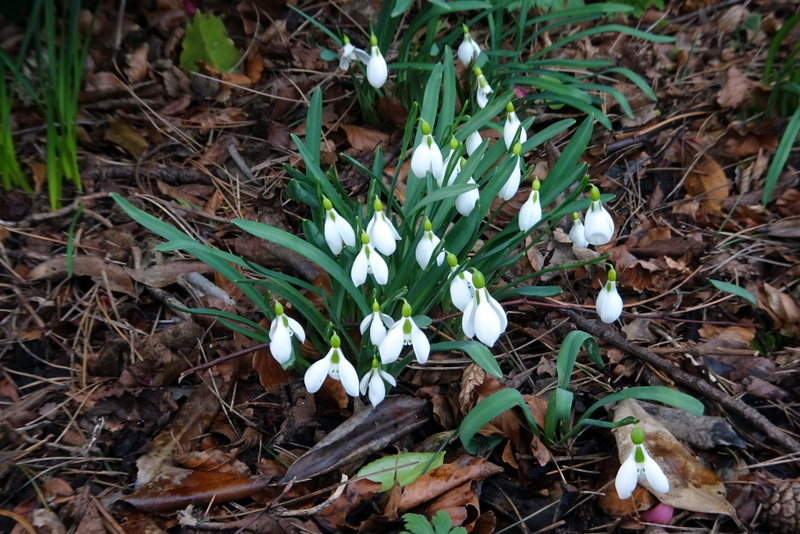 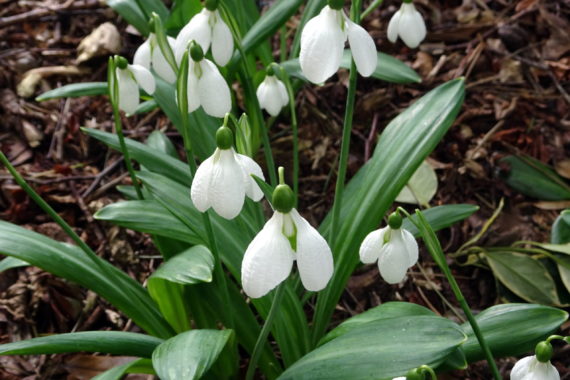 In as windy a place as ours, storms are always feared and it is with trepidation that I step outside the morning after to assess the damage. Generally, this winter it has not been too bad. One morning recently, however, I was met by a large old wall trained Grevillea alpina ‘Sulphurea’ lying prostrate with its root system partly exposed. Also a pane of glass was broken in my ancient cedar ‘Dutch light’ alpine house.

First things first, I pruned the Grevillea back by half, repaired the wire framework on the wall, and tied it back in. I hope you agree it doen’t look too bad. Then I removed the glass and replaced it with an outrageously expensive sheet of ‘Plexiglas’ plastic sheeting, that should more than last me out! 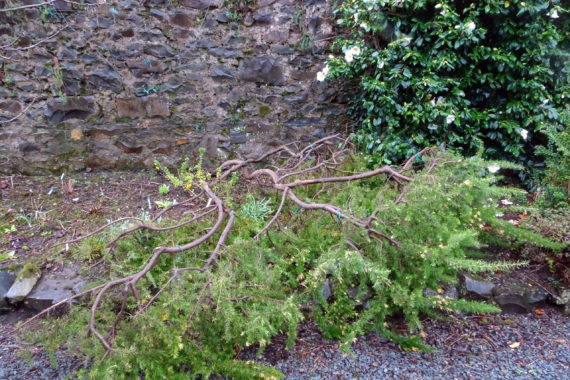 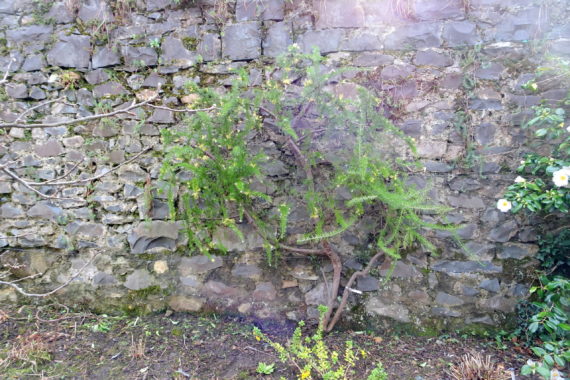 I’ve had this delightful little shrub for a while, but it has grown steadily into what one recent visitor described as “an adorable little hummock”!

It is fairly hardy, but will be damaged or killed if the temperature falls below -5C for more than a night or two. It can be propagated by ‘mounding up’ with gritty compost after flowering. With luck some of the buried shoots will produce roots. It can also be increased by conventional semi-hardwood cuttings. 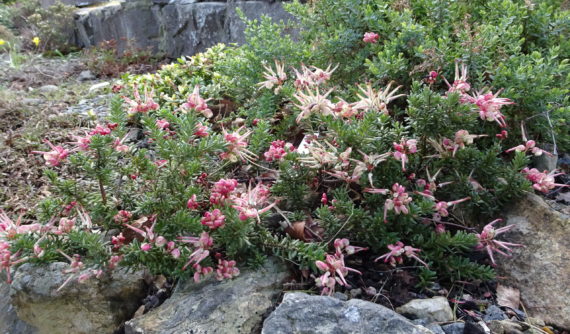 Out on the most sunny and exposed raised bed in the garden, pretty little Iberis pruitii is in full flower. This variable dwarf perennial candytuft occurs in the higher mountain ranges around the Mediterranean. It often masquerades under a range of alternative names, including I. candolleana and I. carnosa.

It produces seed freely and this germinates readily. Seedlings should be pricked out and replanted as soon as they are big enough to handle. This is beacuse the roots are easily broken when moved on later, damaging the young plants.

I have quite a lot of hepaticas in various semi-shaded places in the garden. Most of these were grown from seed from Ashwood Nursery. Sown fresh it germinates freely the following spring, but seedlings take 2-3 years before flowering.

A newcomer given to me by a friend this year is a selected seedling, Hepatica nobilis ‘Crema’. As with many of its kind, much of the attraction of the flowers lies in the combination of colours between the tepals (petals) and anthers.

I’ve always loved primulas of all sorts but especially our native primroses and oxlips. Here in Britain the latter are only found in lowland deciduous woods, but in the European mountains they may also be found at the edge of melting snow patches at quite high elevations.

These primulas were grown from seed collected in the French alps. Like most primulas they benefit from regular division, and will tend to ‘go back’ if left unattended for too long. Division is best done when flowering has finished and the plants are growing vigorously, but can be delayed until autumn.

There are few more desirable woodland plants than trilliums. Personally, I particularly admire the ‘miniature’ species. While I have found little difficulty growing and increasing T. rivale, T. nivale is a different proposition. As the photograph shows, I can grow it, but it does not increase. This is true whether it’s in a pot or the open ground. I know I am by no means the only one, but that doesn’t help!

Rhododendron x cilpinense (ciliatum x moupiense) has always been on of my favourites. We have a splendid old specimen by our  garden gate, which is much admired. Luckily, this winter it hasn’t suffered browning as the flowers open, caused by sharp frost or cold winds. 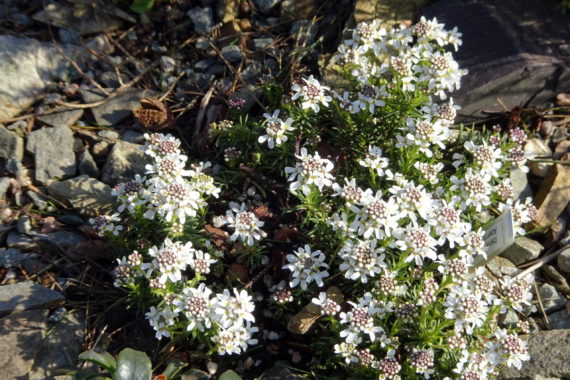 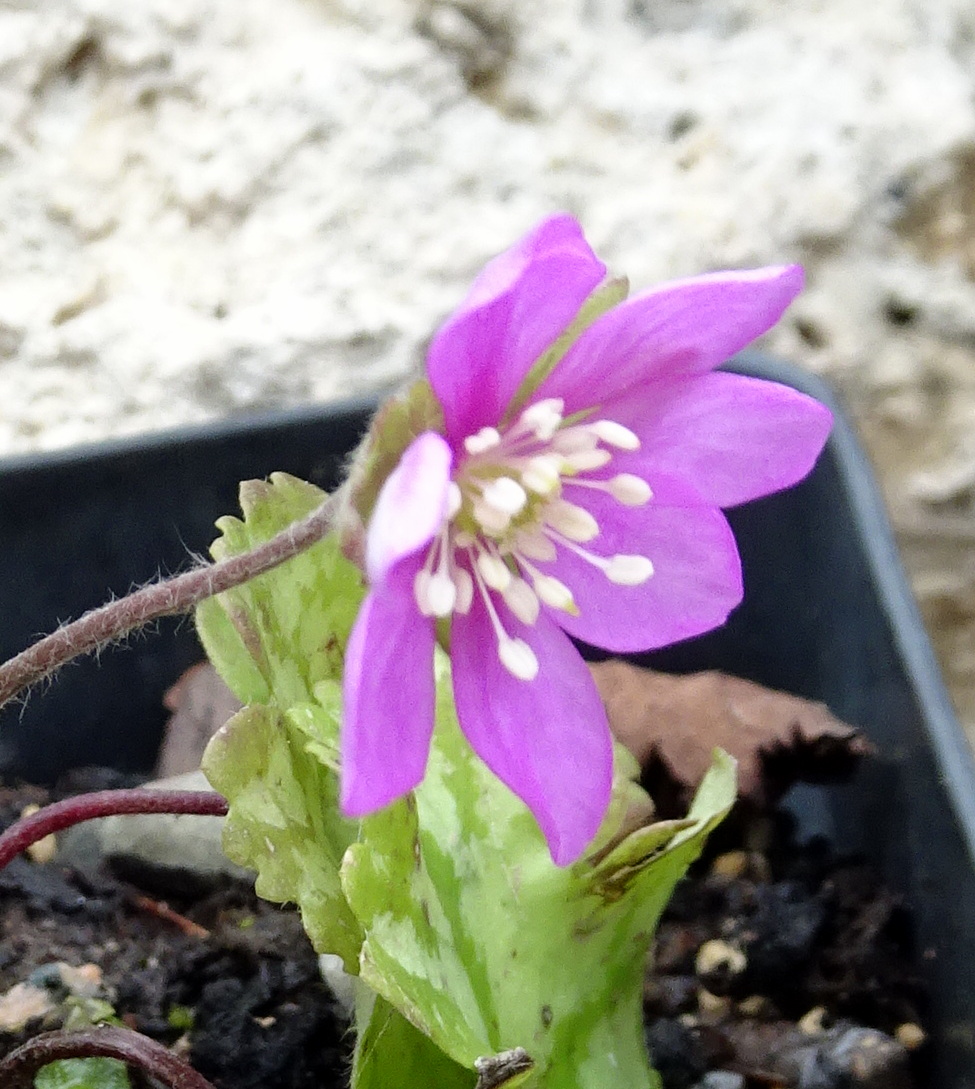 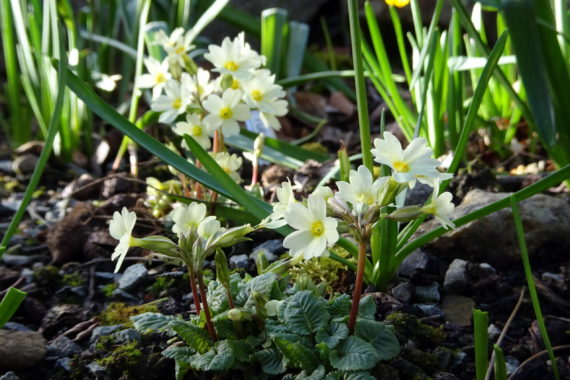 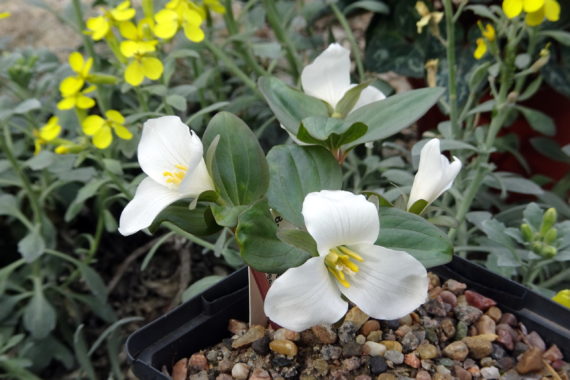 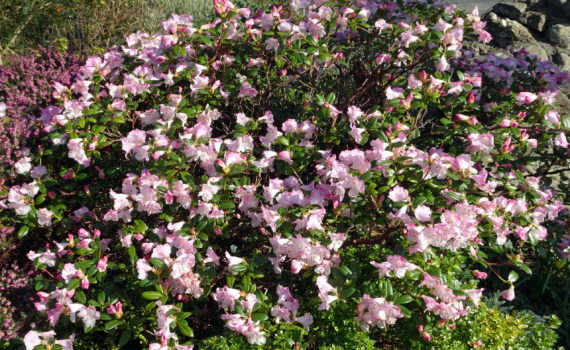