As the winter draws slowly towards its end, the temperatures, as usual in recent years, contiue to fall and in the last few days we have even had a few snowy squalls, but still only one day so far with the pond frozen over. When the sun does come out, a stroll around the garden is rewarded with more than at first seems apparent, including a number of spectacularly attractive and rewarding shrubs, but more of those later.

The immediate reason for venturing out is the snowdrops which are inexplicably rather later than usual this year – most will not be at their best for at least another 2-3 weeks. ‘John Long’, my favourite early riser is a real belter with very large flowers carried on strong stems above wide, grey-green foliage. One would think that it would increase quickly but for some reason (partly because I am always giving the odd bulb or two away!) this is not the case. Instantly recognisable ‘Diggory’ with its creped, incurving outer tepals, is also very slow to build up here as is ‘Mrs Thompson’. Contrast them with ‘Brenda Troyle’ which is a good doer if ever there was one, soon building into a clump that requires division. There will be lots more for me to show you in the Febuary instalment of this diary. 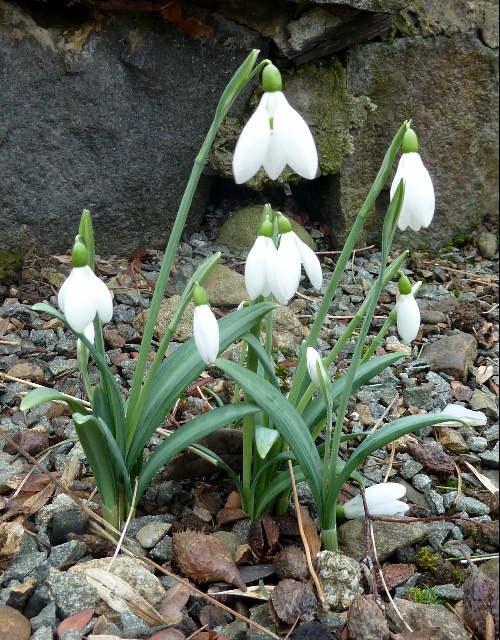 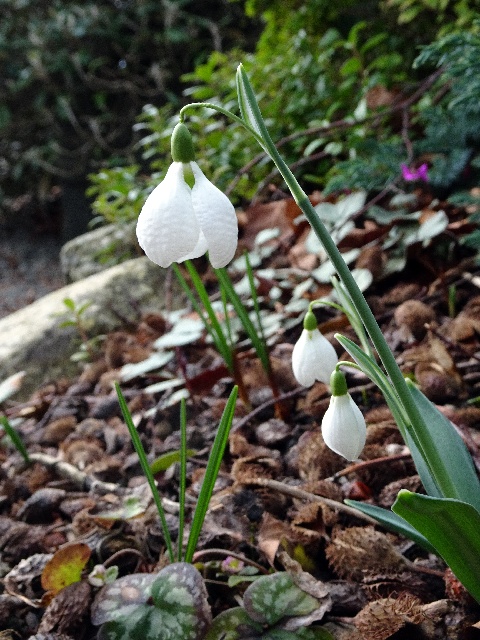 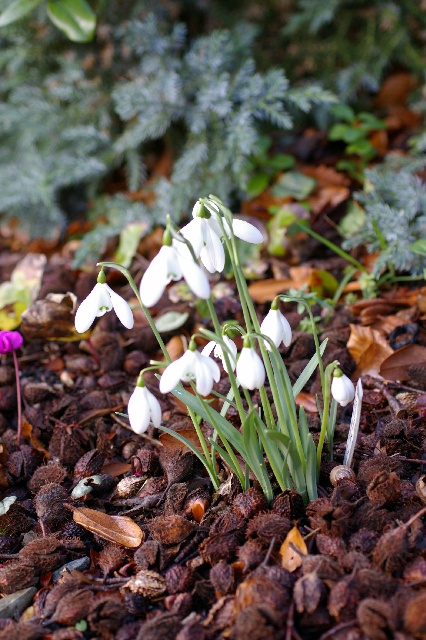 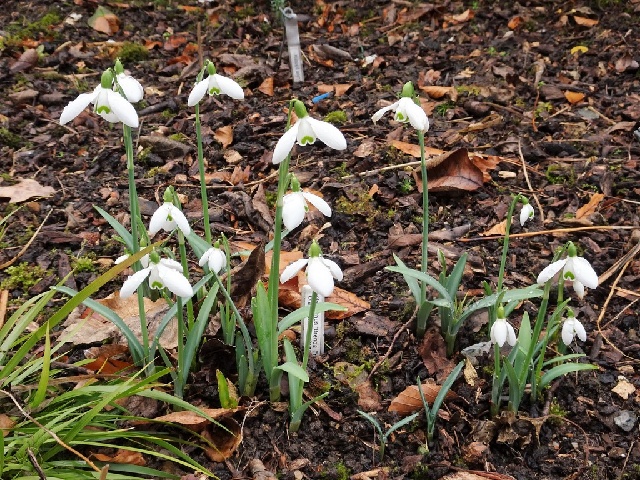 For many years I raised seedlings of P. vernalis and tried to produce a good plant of this sumptuous high alpine in the open garden, without success. Then I read somewhere that, because it is an evergreen and the intensely hairy flower buds are already well developed down among the evergreen leaf rosettes, by late autumn it requires winter protection from moisture lodging and remaining there if the flower buds are not to rot off but develop to their glorious best when spring finally arrives. I tried it and it worked, and I gather from an earlier entry in his Northumberland diary that John Richards has found the same. It doesn’t matter what the cover is, this year it is an upturned jam jar! 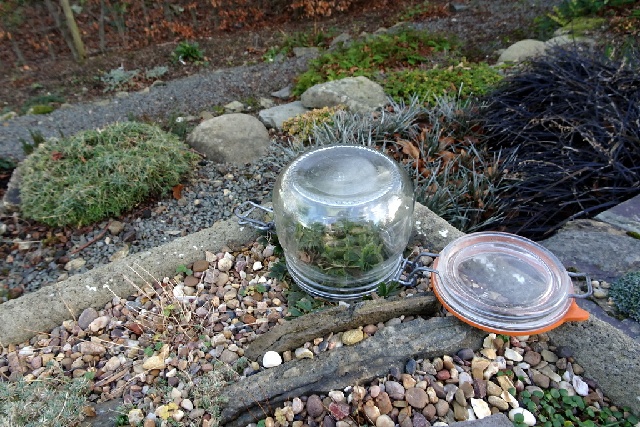 Any shrub that flowers at this time of year is worth having and some are worth a lot, inlcuding the commonly grown winter jasmine, deciduous viburnums, witch hazels and the very aptly named wintersweet (Chimonanthus praecox). But there are others less commonly seen such as evergreen Ribes laurifolium, which is best as a wall plant or falling down a bank, and various winter-flowering rhododendrons. R. ‘Christmas Cheer’ is very often true to its name but this year it is only now at its best. It is utterly reliable and even the open flowers are pretty frost hardy here. Those of the deciduous R. dauricum are damaged but this does not matter as the small trusses open in succession over a period of several weeks. Yellow-flowered R. lutescens  is just beginning to open while among the dwarfs R. ‘Ptarmigan’ will soon be covered in a white blanket, whether there is snow or not. 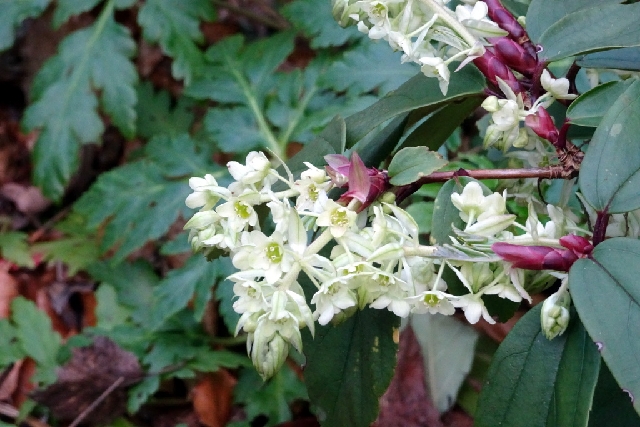 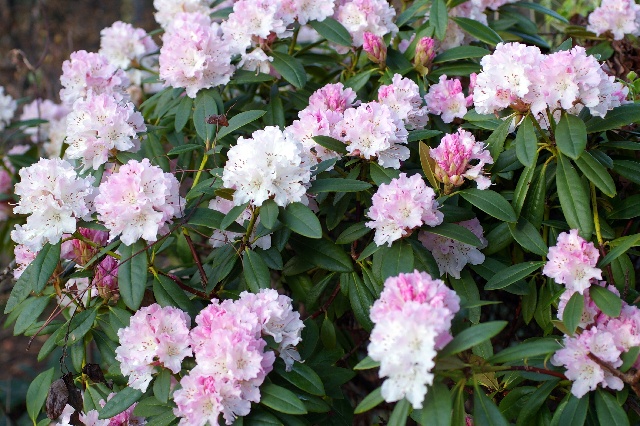 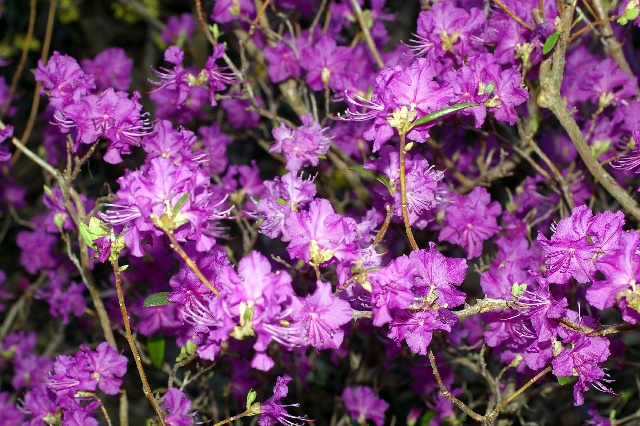 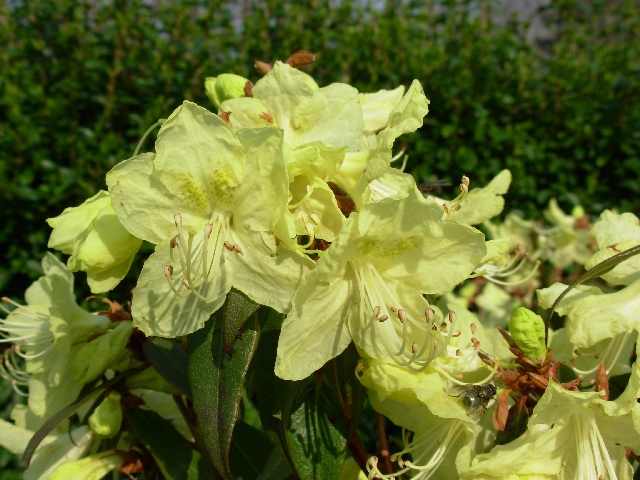 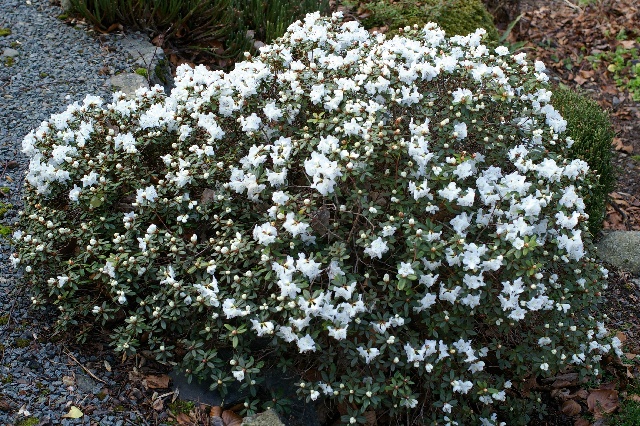 We made our first pilgrimage this year to nearby Bodnant where the winter garden goes from strength to strength. The combination of plants is outstanding with much use made of shrubs and trees with good bark, as well as the expected winter flowering specialities (witch hazels, daphnes, wintersweet, sarcococcas), underplanted with snowdrops, bulbous irises and cyclamen, set off by all manner of colourful evergreen foliage perennials, notably bergenias and ivies.

As you can imagine, but sadly I cannot show, the scent that pervades the garden is all-pervasive and sumptuous. I spent much of the time wandering around trying to locate the source of the latest beguiling aroma! So here are just a few shots that I took, I could easily have taken many more, but time was short. 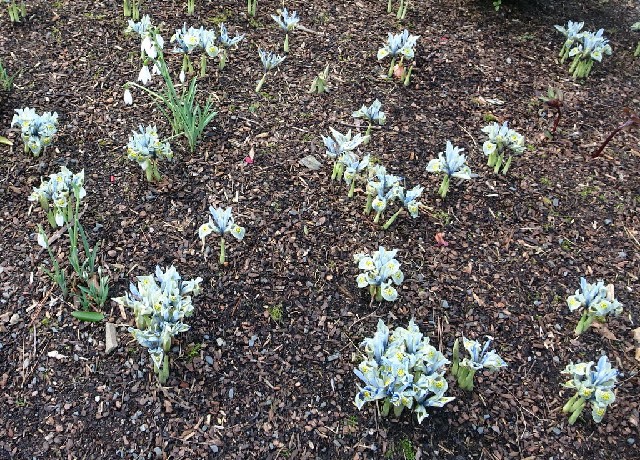 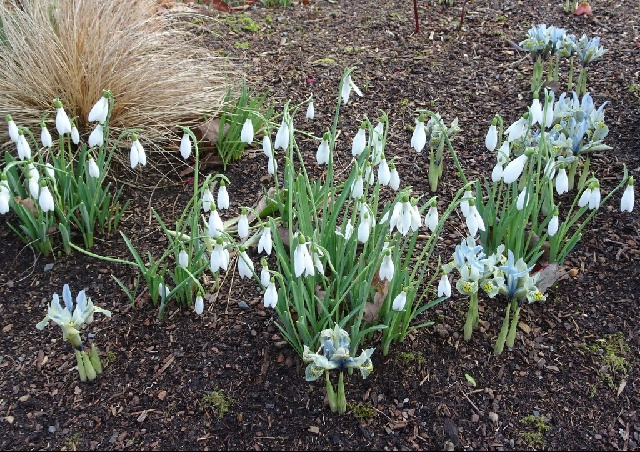 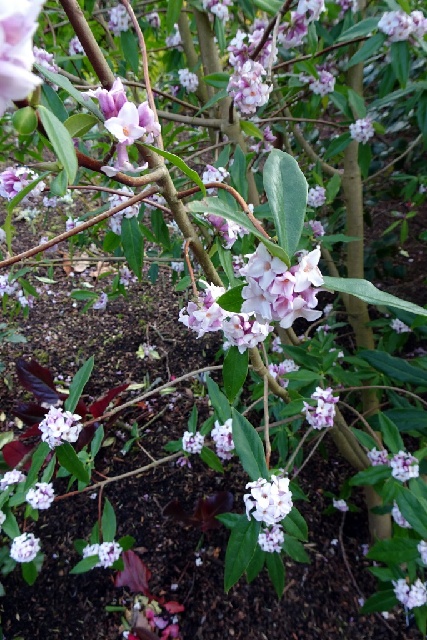 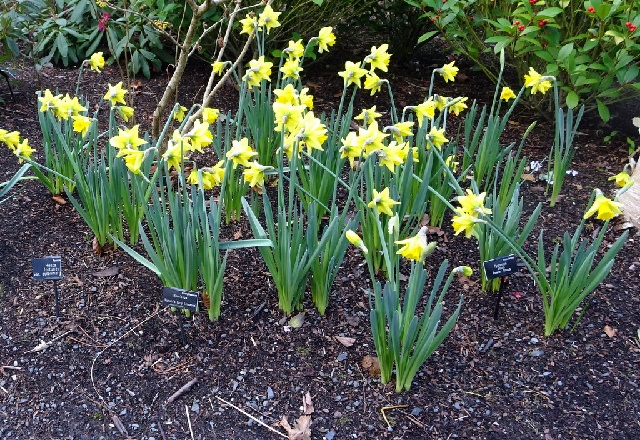 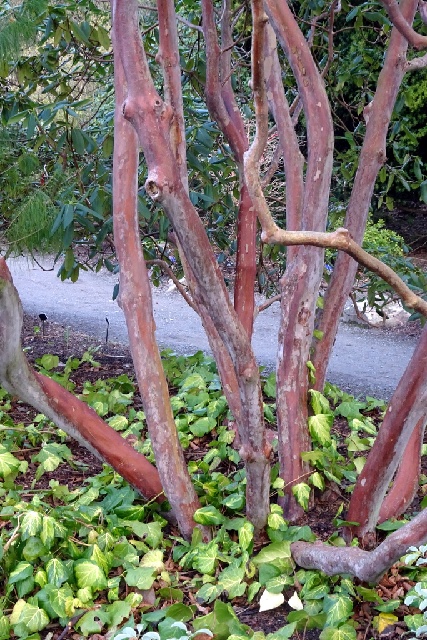 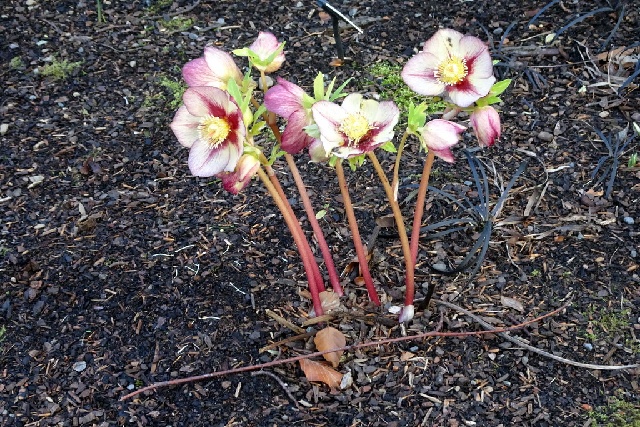 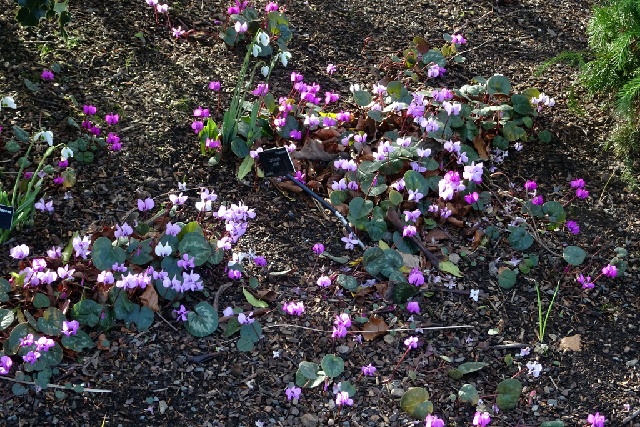 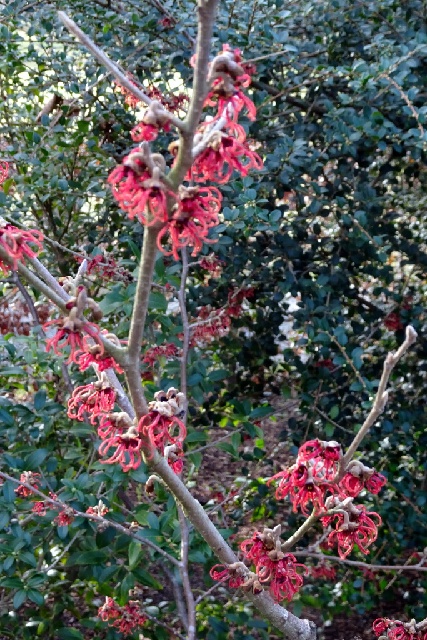 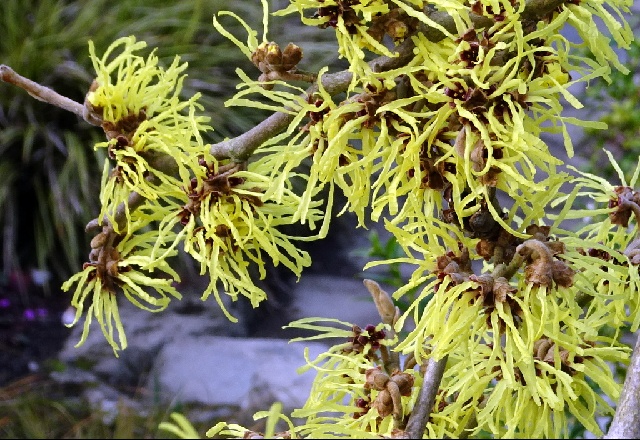 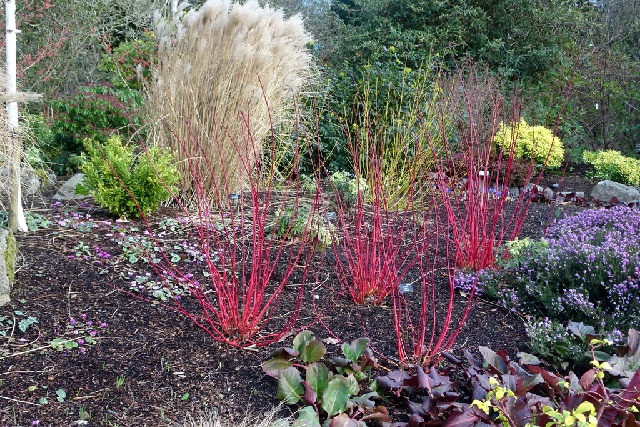 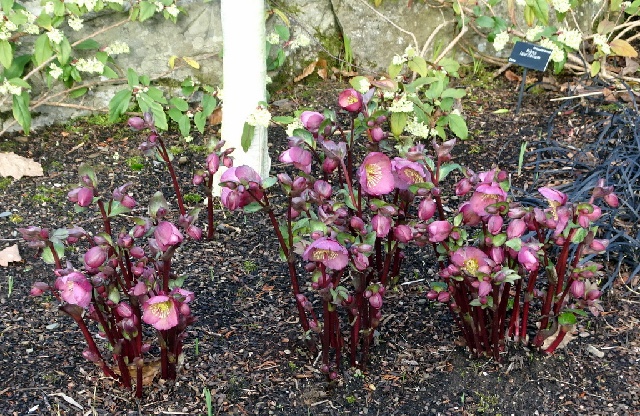 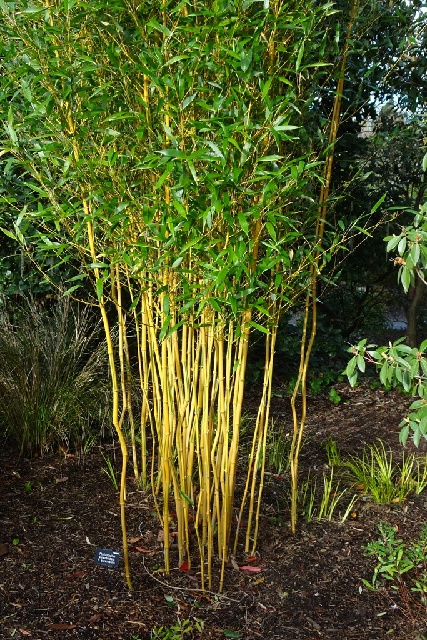 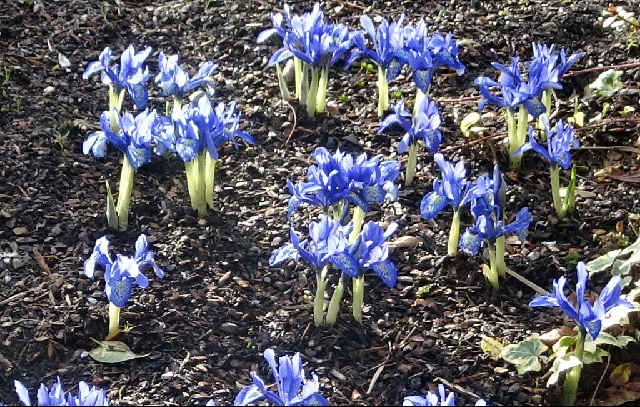 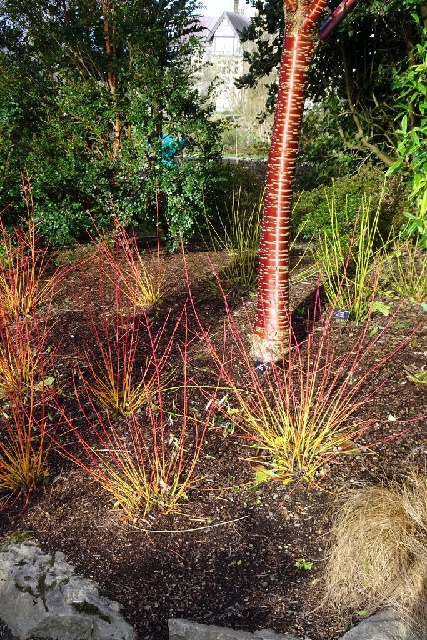 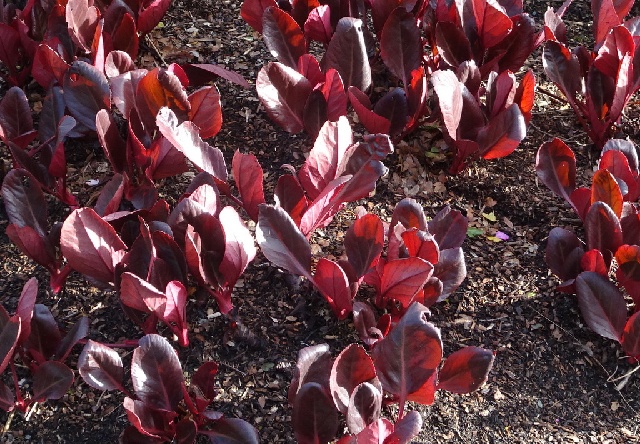 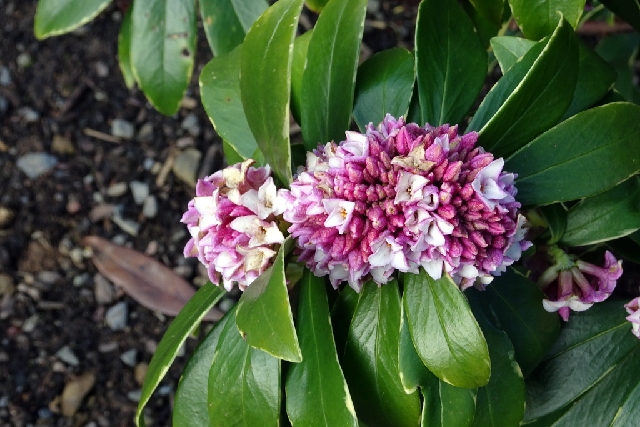 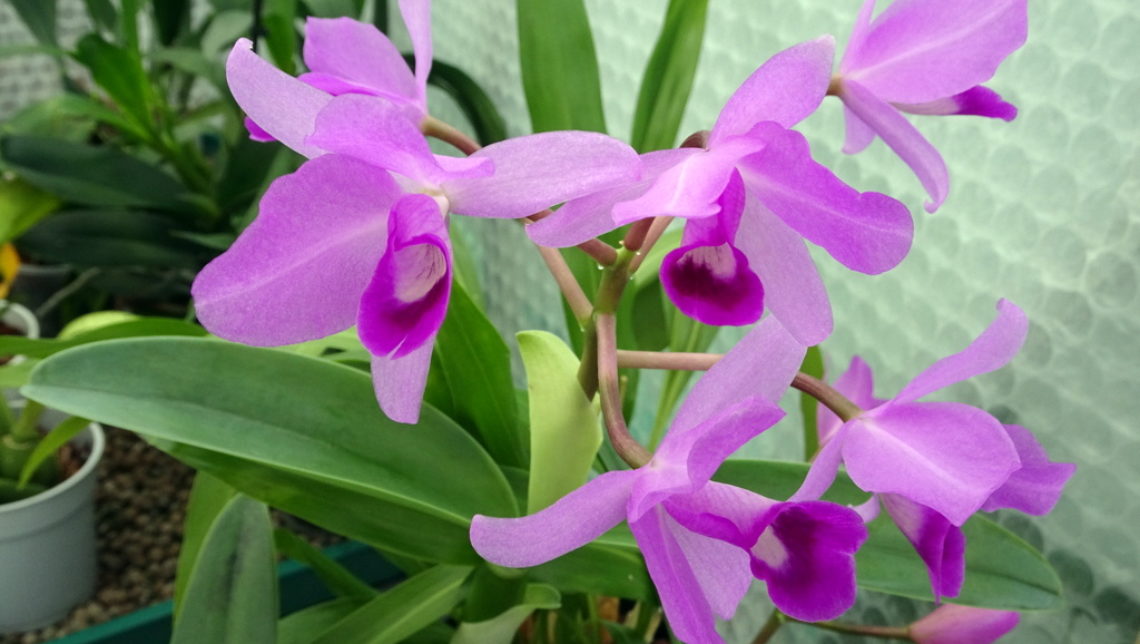 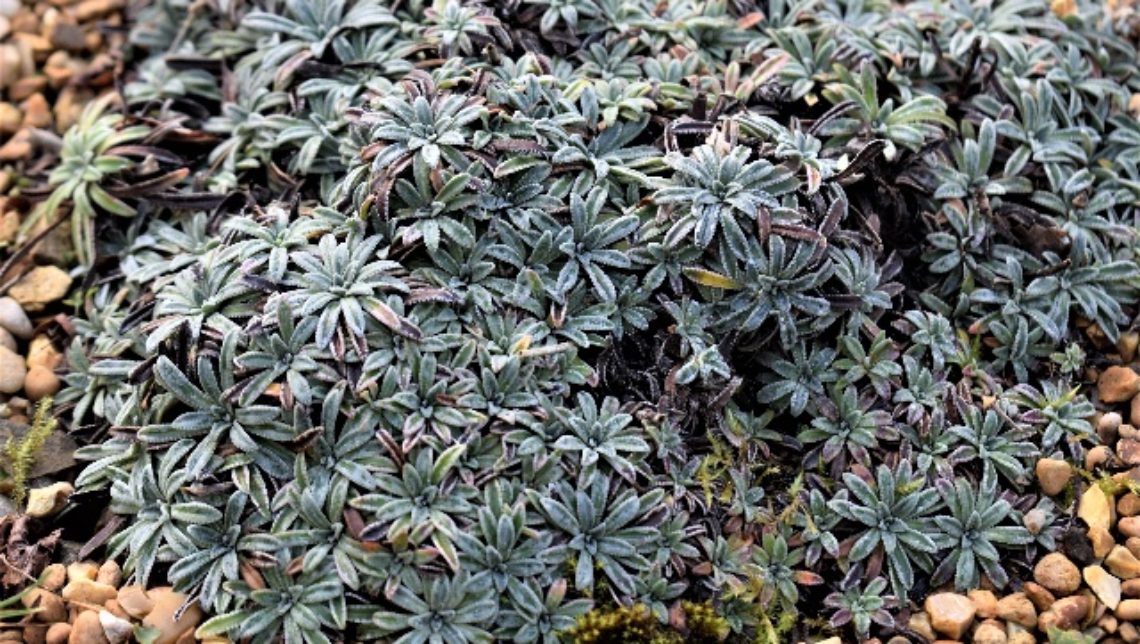