A trip through the winter garden

What a stormy winter we are having perched up high on the North Wales coast looking out on a storm-tossed Liverpool Bay. Just occasionally the wind has dropped and the sky cleared to give us a precious sunny February day. On one of these, we made our annual pilgrimage to nearby Bodnant Garden. The winter garden there is now about 10 years old and still getting better. The low sun on this particular morning provided a glow, which I hope I’ve captured in some of the photos. So, what did we see there?

Snowdrops, hellebores and bulbous irises were everywhere in large, well-flowered clumps. But the lingering impact was of luminous light and the all-pervading scent of daphnes – especially selections of Daphne bholua. We saw hamamelis in shades from pale lemon ‘Pallida’, through to ‘Aurora’ (illustrated), ‘Orange Glow’ and ‘Jelena’ to the darkest red of ‘Diane’. Beautiful winter-flowering honeysuckles and winter-sweet (Chimonanthus praecox) also left an impression. As well as flower power this garden provides a riot of foliage and stem colour. A full range of ‘cut and come again’ shrubby willows, Cornus, and Rubus (including ‘whitewashed’ R. cockburniana, thibetanus) and golden bristled R. phoenicolasius were sparkling in the sunshine’s glow. For me, the best of the bulbous irises was the old favourite, I. histrioides ‘Lady Beatrix Stanley’ (illustrated).

There were few rhododendrons in full flower. However, the appropriately named R. x praecox (which is Latin for ‘very early’) was everywhere in bright splashes of magenta purple. One large unlabelled plant seemed closest to R. pachysanthum among the early flowers, but it might well have been a hybrid. There were several well-flowered plants of Ribes laurifolium, which I think is an underrated species, trained on the walls in the garden. 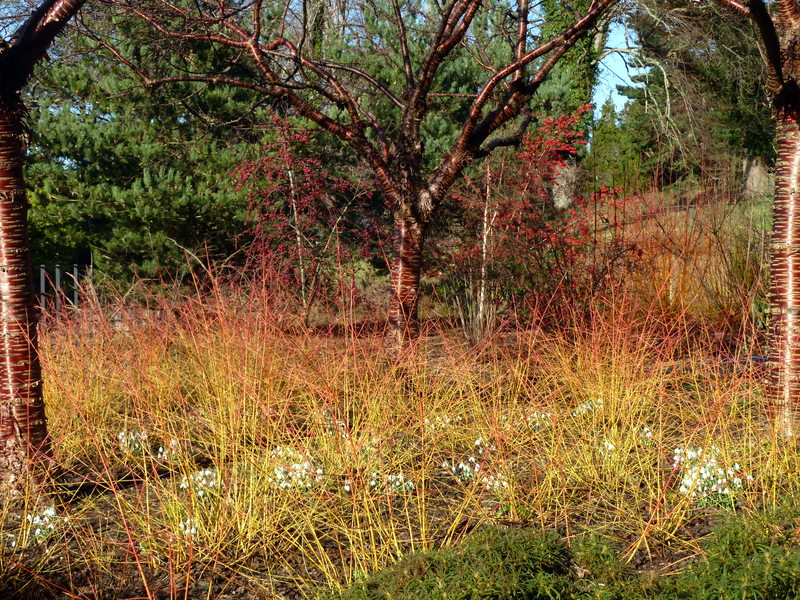 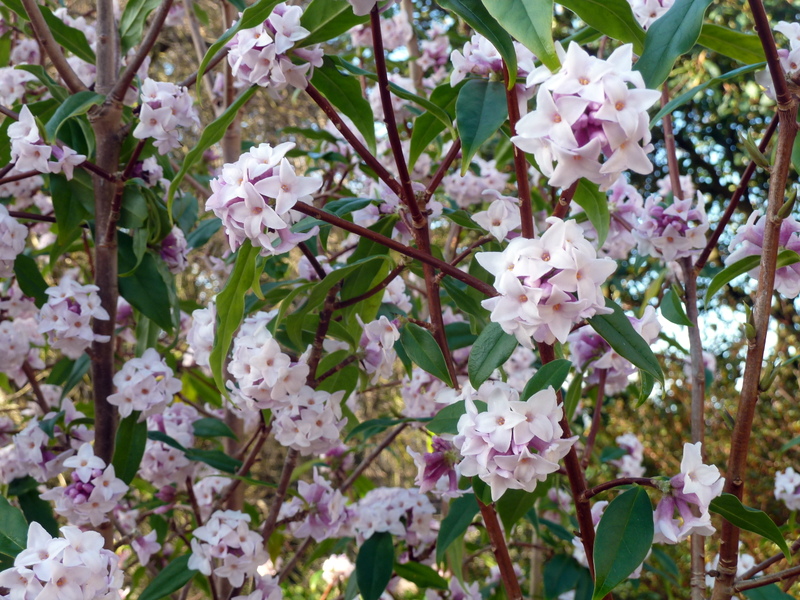 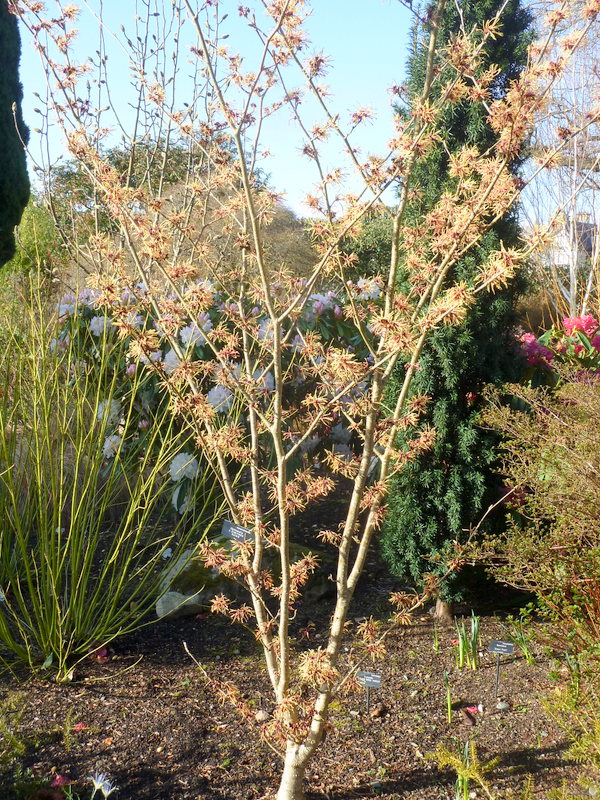 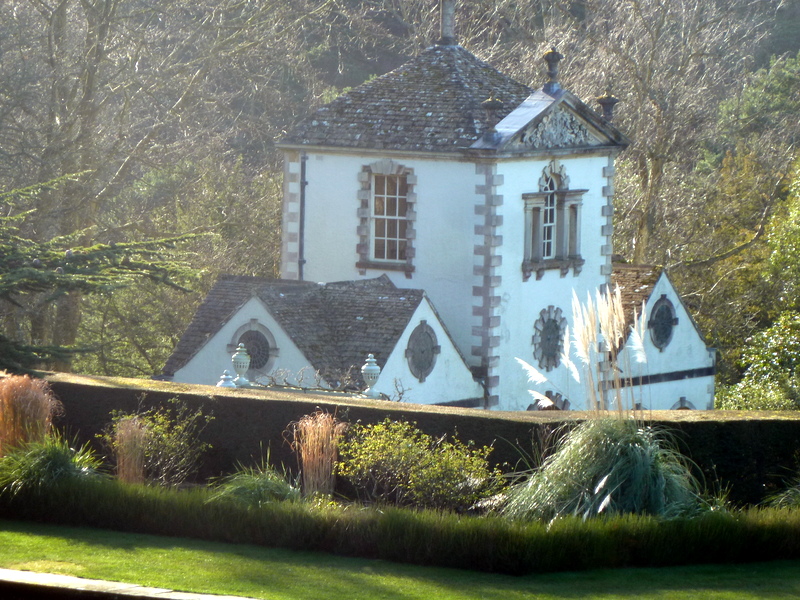 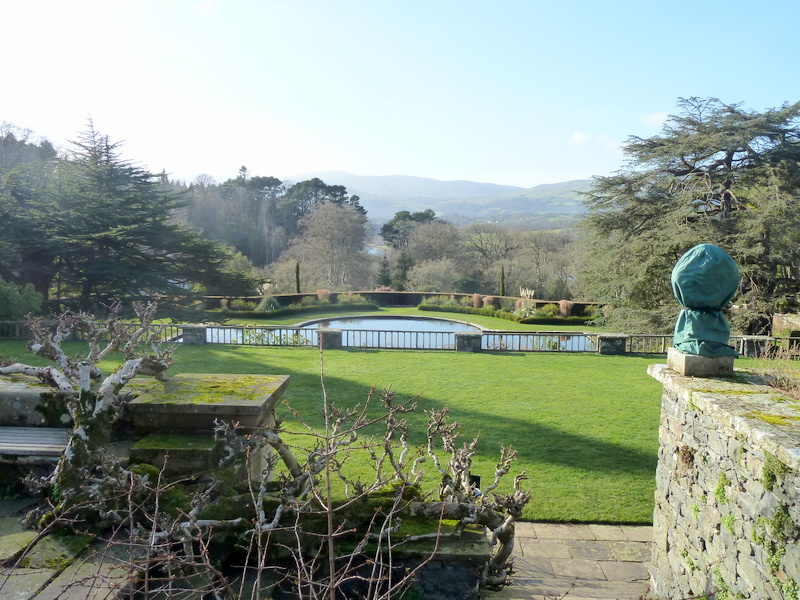 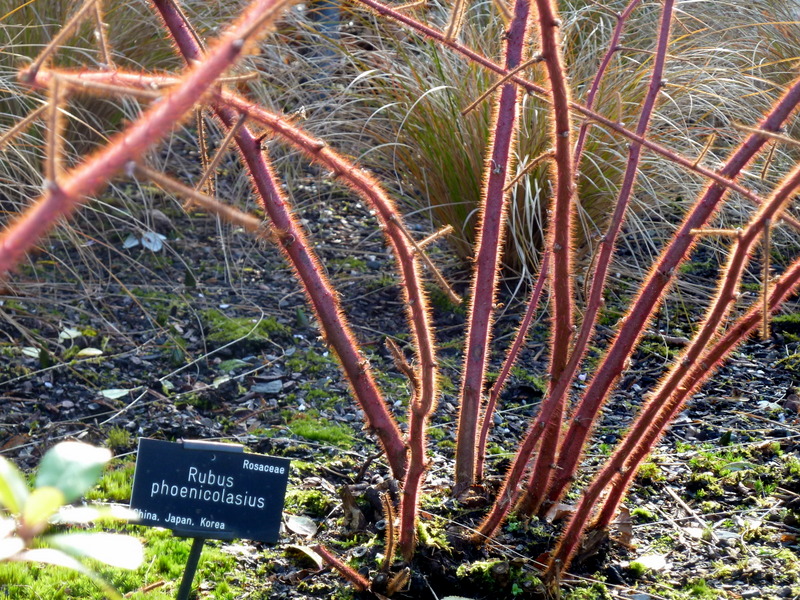 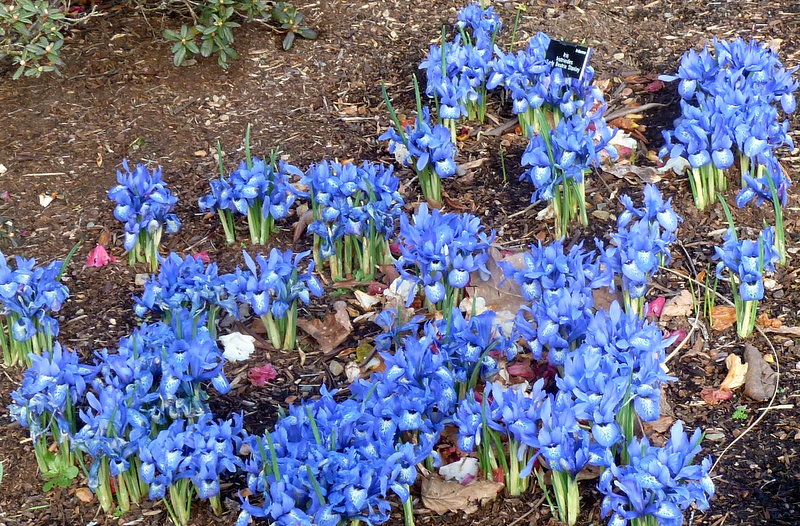 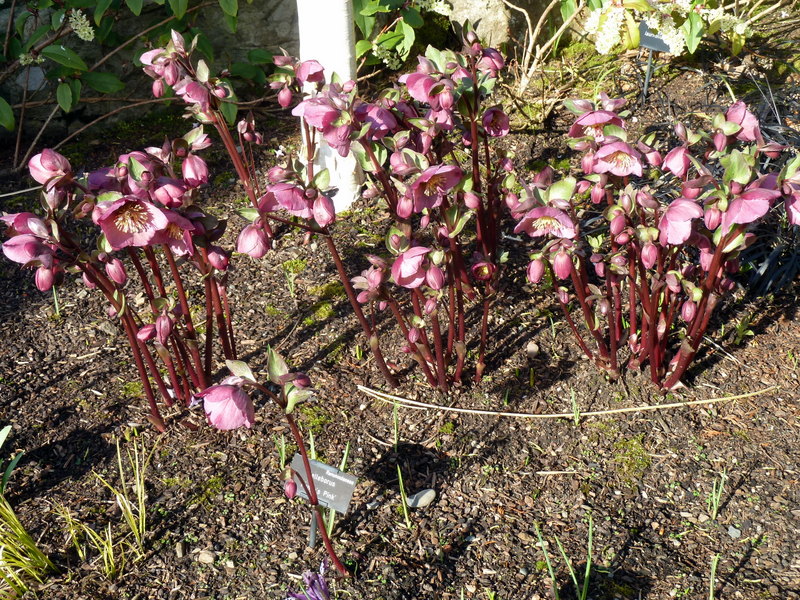 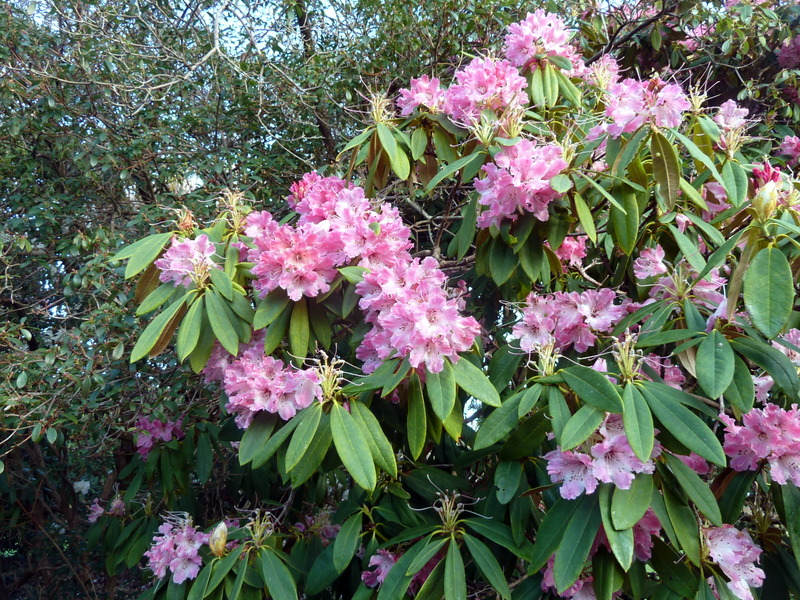 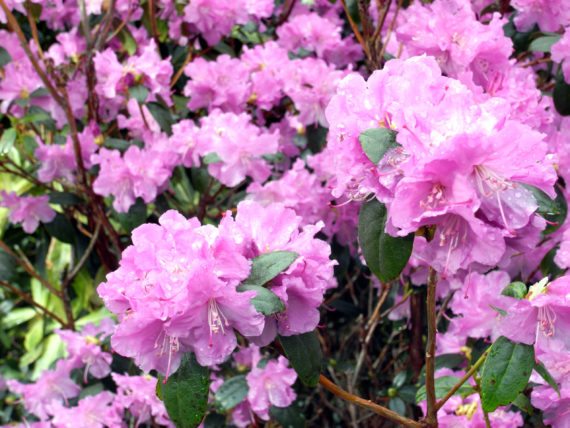 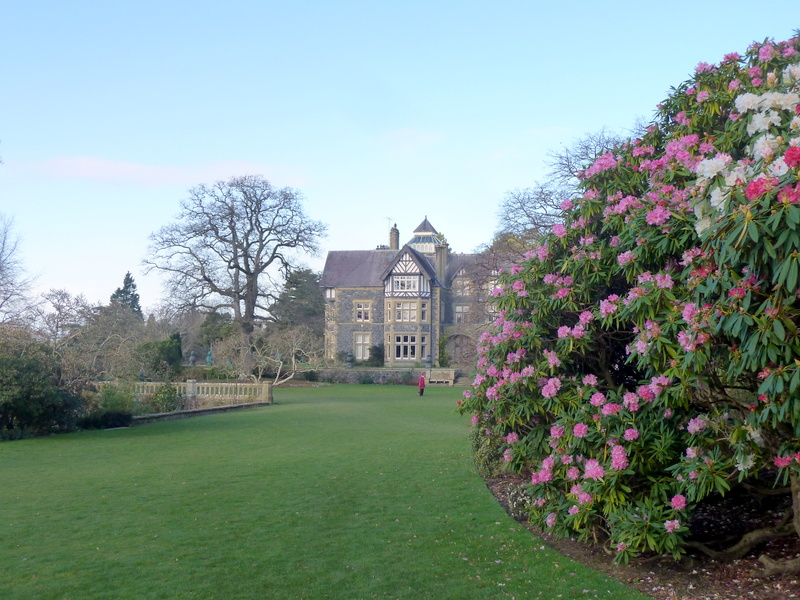 Back at Bod Hyfryd

Things are beginning to stir in my own winter garden, but I’ll have a lot more to show in my next posting when later snowdrops will be joined by camellias, early rhododendrons and quite a lot else. For now, I’ve a few snowdrops and one or two other nice things to show you.

The best of the green-tipped cvs in the garden here is definitely G. nivalis ‘Warei’. It was a gift from our Northumbrian diarist and has spread into a really good clump. We’ve even divided it on a couple of occasions. G. plicatus ‘Diggory’ is a very popular variety with its large, dimpled, cup-shaped flowers on strong stems; here is a photo of the inside to show a rare view of the flower.

The photo of G. ‘Mrs Thompson’ with Narcissus ‘Tete-a-Tete’ shows what a splendid large drop this is. Next is the aptly named G. nivalis ‘Daphne’s Scissors’ followed by a very distinct member of the ‘Trym’ group called ‘South Hayes’ – but note that the dark green markings on the outside vary considerably from flower to flower and year to year. I’ll finish with two of the increasingly popular yellow selections, the small but delicately beautiful G. nivalis ‘Ray Cobb’ and the larger, perhaps more vigorous G. ‘Wendy’s Gold’.

The evergreen European woodland daphnes are useful and rather underrated plants. Their scent rivals that of better known winter-flowering daphnes such as D. bholua and deciduous D. mezereum. The photo is of  D. laureola. It will grow and flower well in really deep shade although the plant shown is in almost full sunshine in poor soil at the base of a beech tree.

I’ve always admired Edgworthia chrysantha in its various colour forms from pale yellow through to reddish gold. However, I’ve somehow never managed to grow a good plant. I still can’t claim that distinction, but at least I have a healthy looking specimen that has begun to honour me with a few of its distinctive, scented flower clusters. I need a few more years to (hopefully) see it at its best!

Finally, my best early flowering white rhododendron, R. ‘Ptarmigan’ AGM (leucaspis X orthocladum var. microleucum). It shares the weakness of its seed parent, R. leucaspis, with very frost tender flowers, but when it escapes the frost (as it has this year) it is splendid. 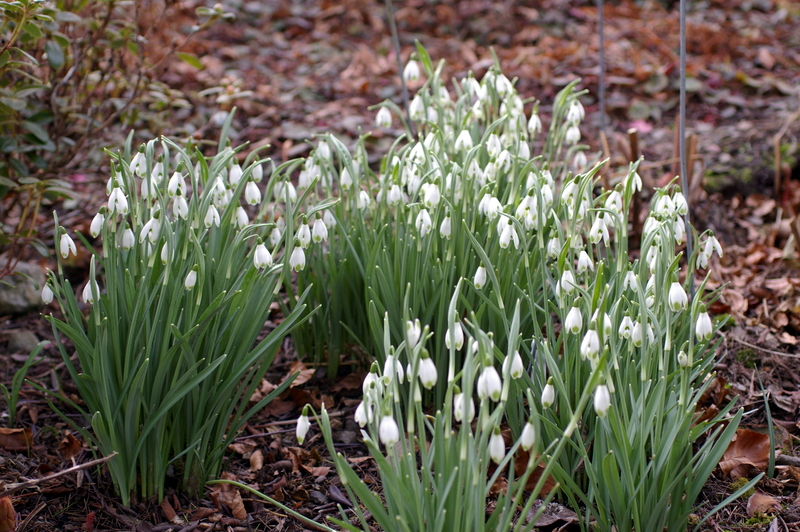 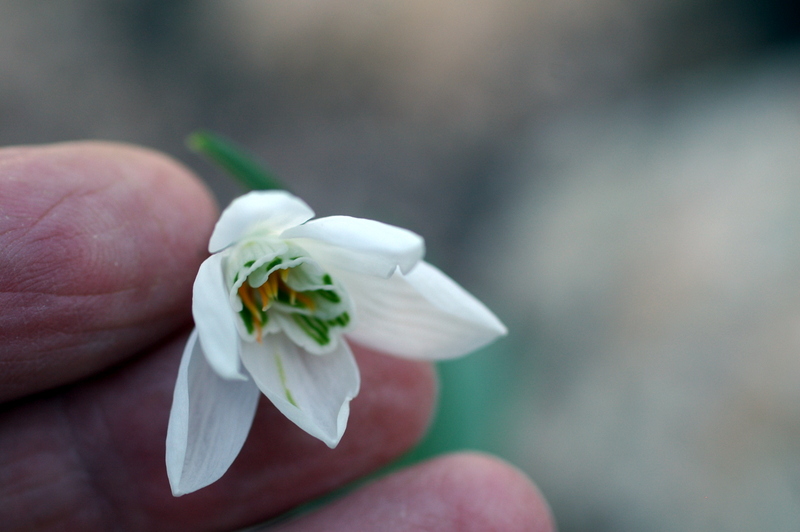 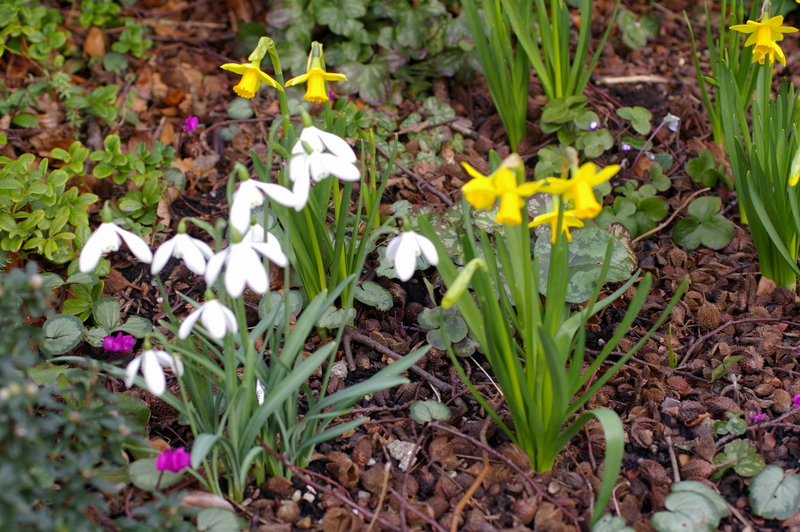 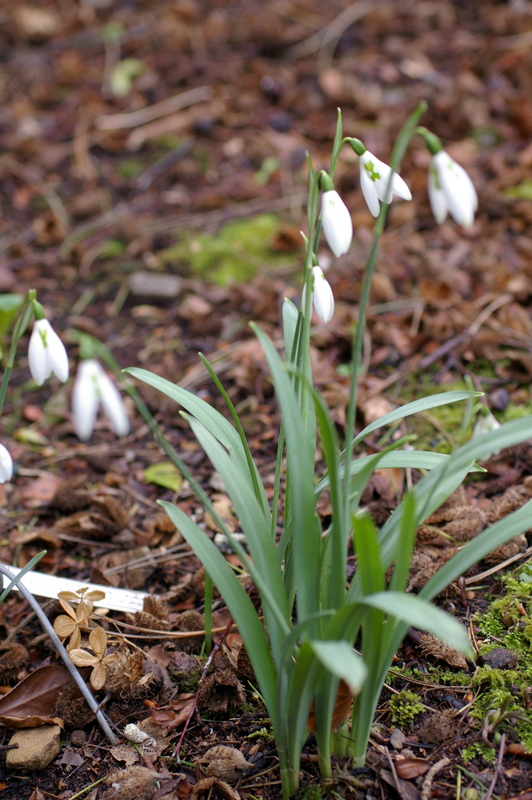 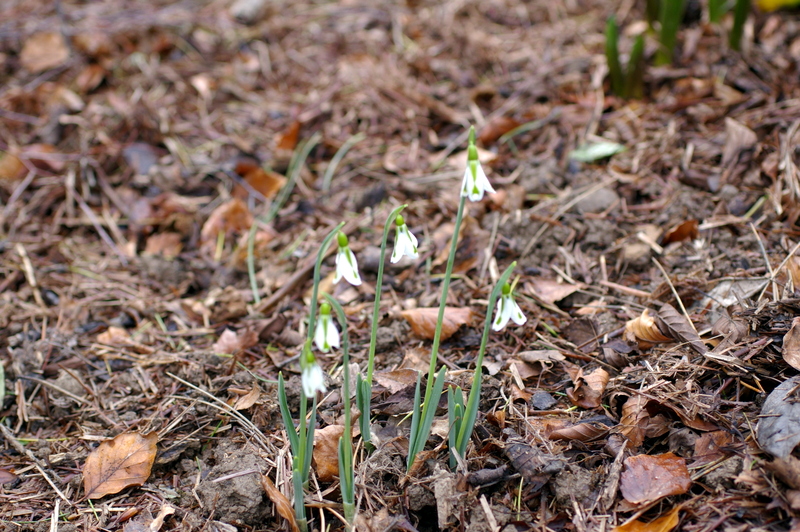 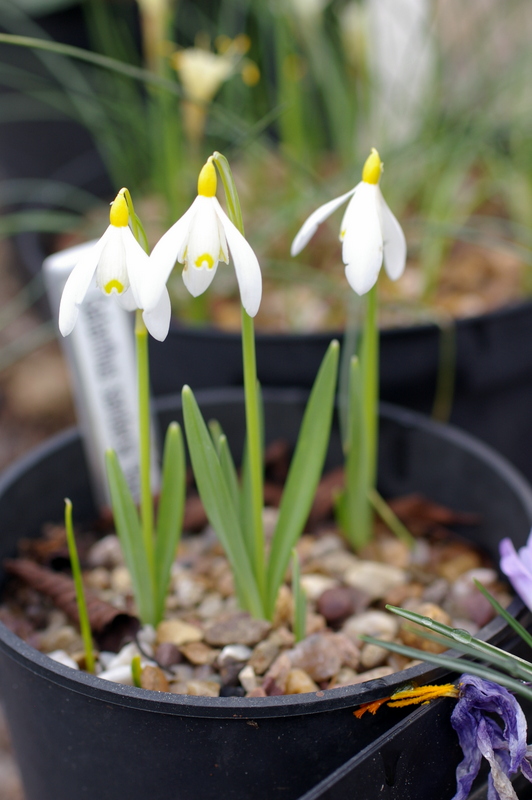 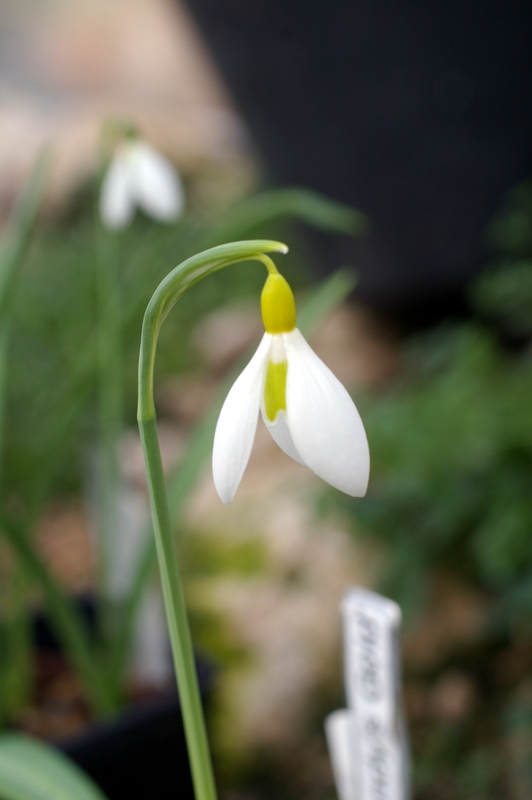 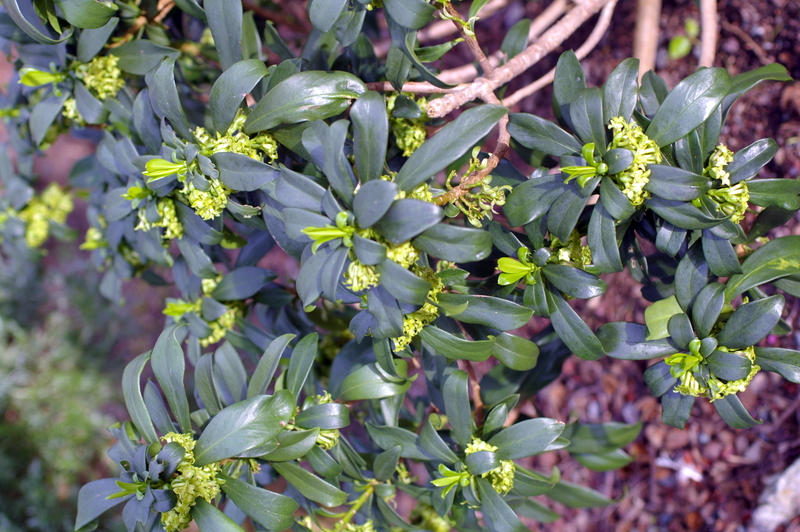 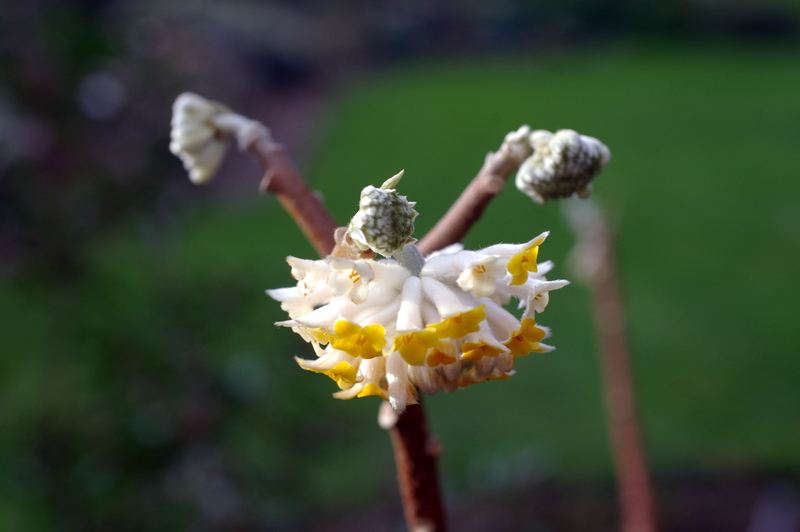 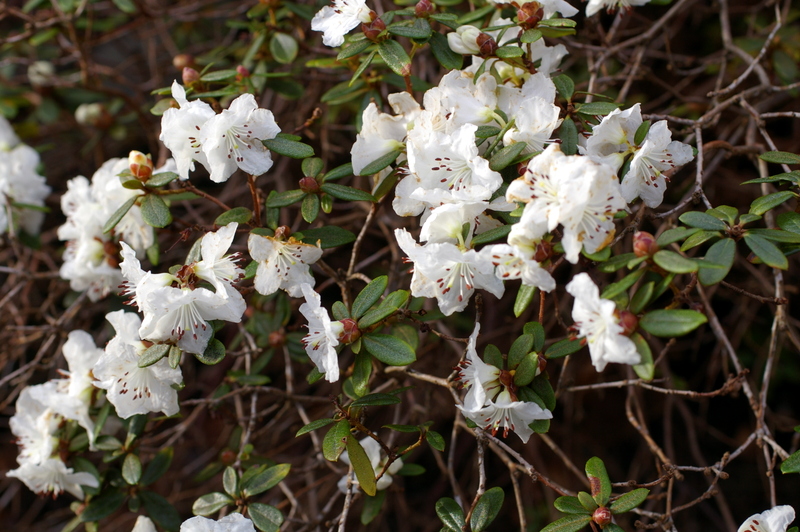 John Good is a retired research forest ecologist. He has a lifelong interest in the observation and cultivation of plants, with alpines and woodlanders being of particular appeal. He's lived in North Wales for more than 40 years. John and his wife, Pam, have lived in their current hillside home and garden overlooking the sea for 27.

John Good is an Emeritus Professor of Environmental Forestry at Bangor University and maintains a strong interest in all matters related to land use in general and the balance between agriculture and forestry in particular. He has been a member of the AGS for more than 50 years and a judge at our shows for half of these, as well as being a member (now friend) of the RHS Joint Rock Garden Plant Committee.