I don’t like December much more than November, but it has the great advantage of Christmas and the New Year to look forward to.

Also, the garden is pretty firmly put to bed by now so there is little to do except pick up fallen branches and twigs and stroll round looking for the promise of the spring that awaits just around the corner. Another reason to prefer it to November; there are now all sorts of bulbs and the like beginning to move, and as they begin to show their promise my spirits begin to rise. And little to do in the garden means that I can enjoy sitting with a good book or looking at the TV without feeling guilty and, of course, the good fellowship, not to mention food and drink, of the festive season.

I have managed to rustle up a few photos taken recently or in past Decembers, but in truth there is not a great deal to show this year. Tt has been so wet and windy that most plants that have any flowers look battered and bedraggled. Sadly, the large old wall trained Camellia sasanqua ‘Narumigata’ illustrated below is no more, killed by a combination of successive summer droughts and winter gales. If I had time to see it at its glorious best, I would plant a replacement but we sometimes have to acknowledge that as time’s winged chariot gathers pace some pleasures are best recollected rather than attempting a repeat. 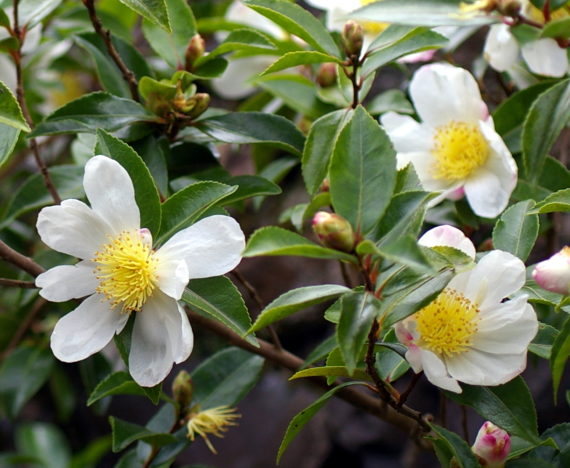 Polygala chamaebuxus, whether of the ‘type’ form shown here, or the more eye-catching, but no more beautiful bicolor,  ‘Rhodoptera’ (syn. ‘Grandiflora’), is seemingly perpetual, both in its persistence in the garden. I have plants  >15 years old that are little more than 30cm across and still in rude good health, and prolonged period of flowering, up to 10 months in our garden, where the first picture below was taken in mid-December. The second was taken on the Pordoi Pass in the Dolomites in late June (apologies for the poor quality of the scanned slide).Occasional top dressing with a peaty mix with a little slow release fertilizer added will keep it happy. Propagation involves only taking off rooted slips and growing them on in a similarly gritty but organic rich soil until they are established, or you can simply transplant them immediately into a suitable spot in sun or part shade.

This is one of the first alpines recorded as having been introduced to cultivation, being mentioned and illustrated by Carolus Clusius (Charles L’Ecluse), perhaps the most eminent botanist horticulturist of the 16th century. Clusius brought the cultivated tulip to Leiden in The Netherlands and promoted tulips ahead of what, in the early part of the next century, was to become the great tulip ‘mania’ when a single bulb of the most sought after varieties could fetch as much as a good house. Unsurprisingly, when the inevitable ‘crash’ came, more than a few were reduced to penury and misery! 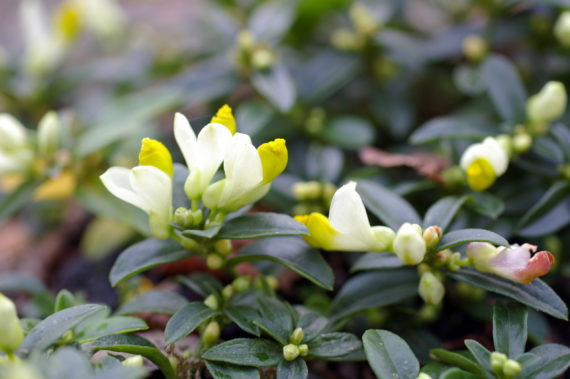 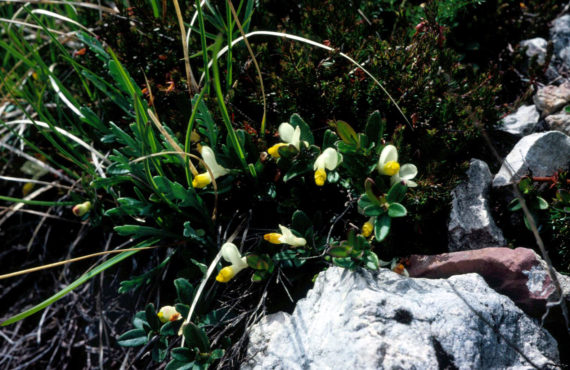 Winter flowering heaths are common everywhere but no less valuable for that, it is so easy to dismiss ‘easy’ plants as being of little interest when they are usually common because they are good reliable plants that are easy to grow and propagate. I don’t personally like ‘heather gardens’ comprising nothing but members of the genera Calluna, Erica and perhaps Daboecia. I was never caught up in the mixed heather and dwarf conifer craze that swept the country in the 1960s and 70s, led by Alan and Adrian Bloom at Bressingham, but that doesn’t mean that I do not value the plants, just the idea of using them as perpetual ‘bedding’. 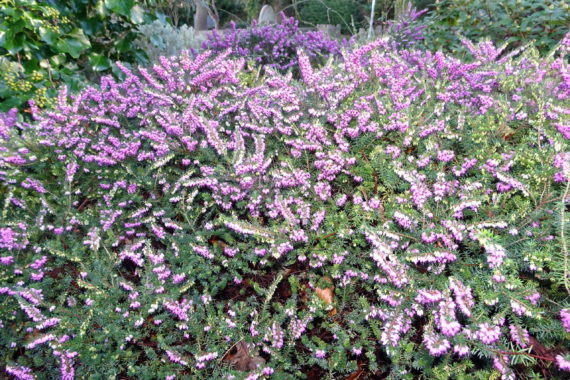 The original cross of V. farreri x V. grandiflorum was made by Charles Puddle, Head Gardener at the famous Bodnant Garden in N. Wales (about 10 miles from where we live) in 1935. Several different forms were selected, all equally valuable, some with paler pink flowers than others, all very hardy and extremely easy to grow. Being viburnums they have a wonderful, powerful scent – so much so that a small sprig in a vase will perfume a room. My large bush, which is growing in poorish soil in part shade has been flowering since October and is now at its best. The only pruning necessary is formative, to keep it in bounds and retain the desired appearance. 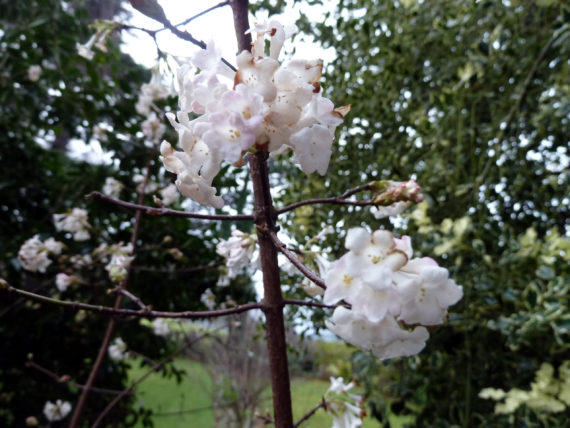 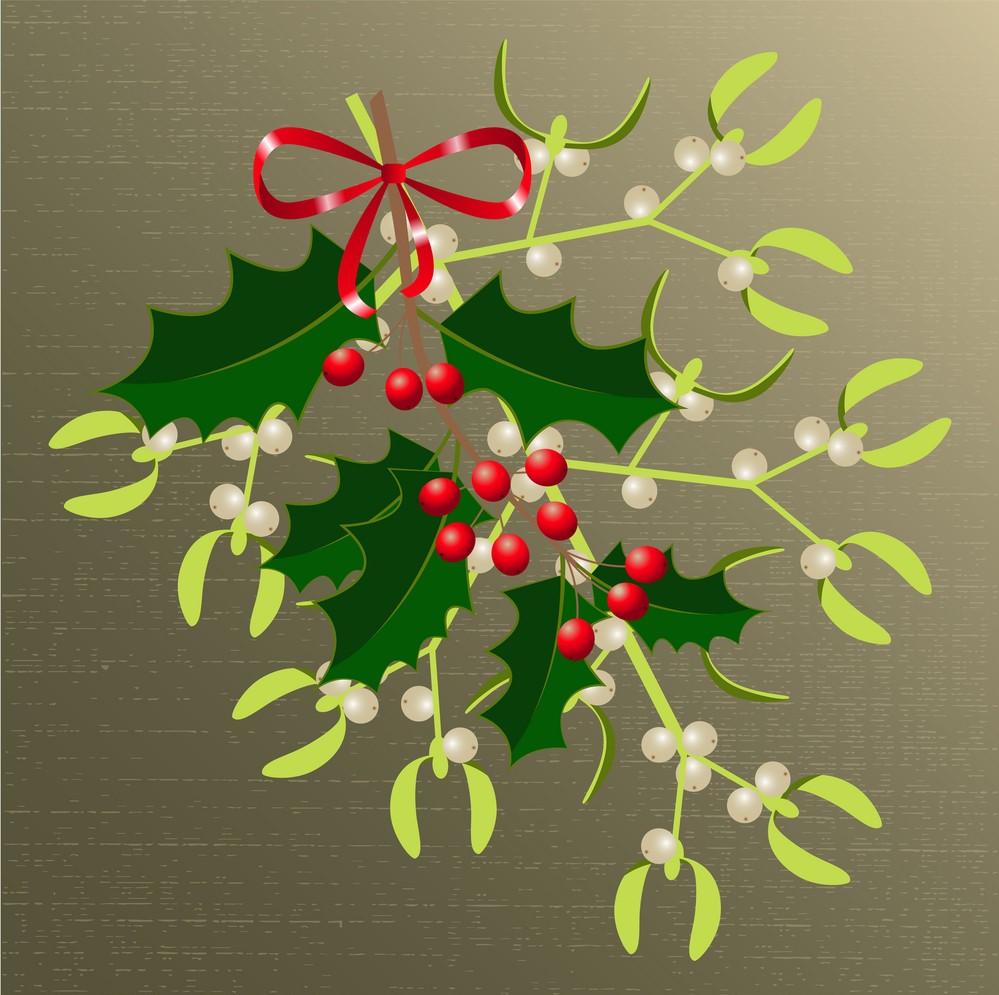 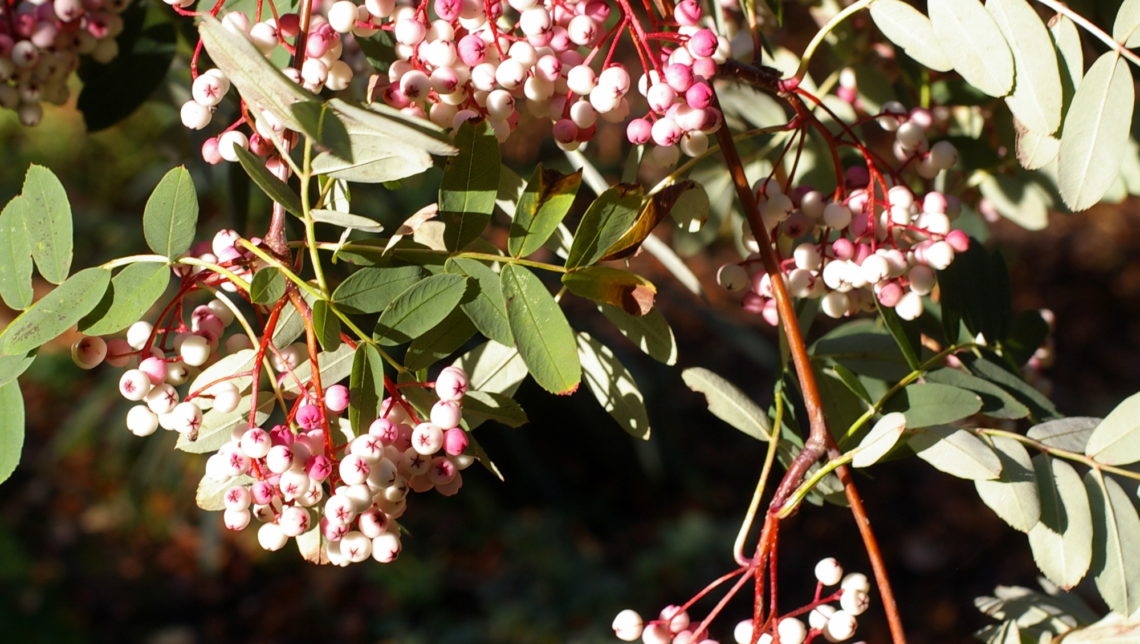 North Wales Diary
No fruits, no flowers, no leaves, no birds, – November!
See what's happening in our diarist's garden in November....
2 December 2019 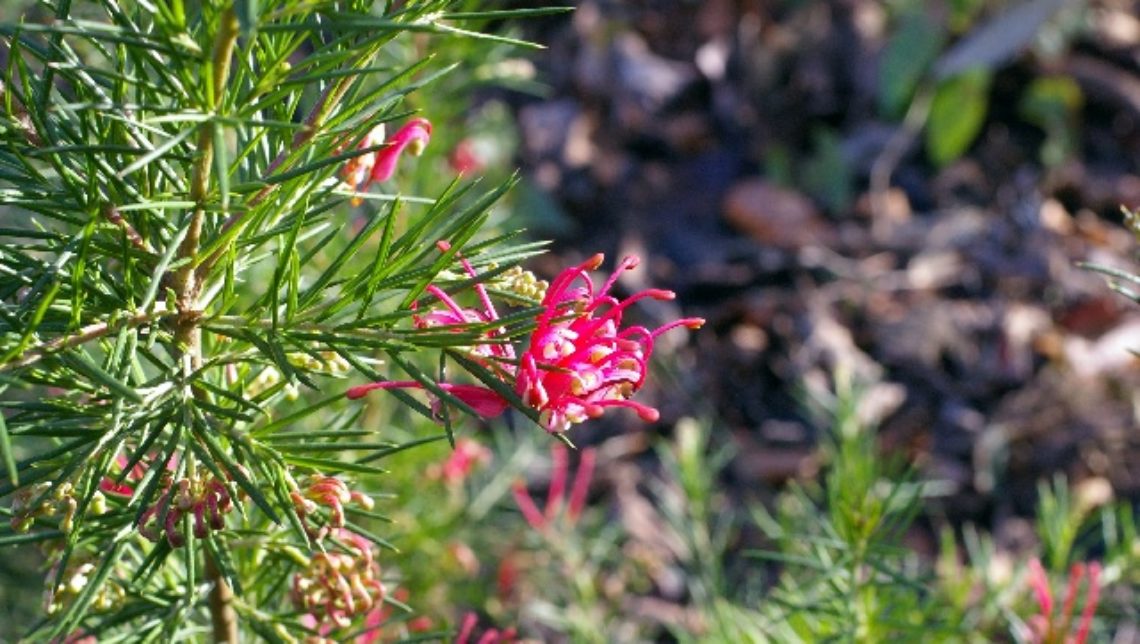 North Wales Diary
Now where did I put that Souwester! (December 2018)
See what work John Good has been doing in his garden during winter....
14 December 2018 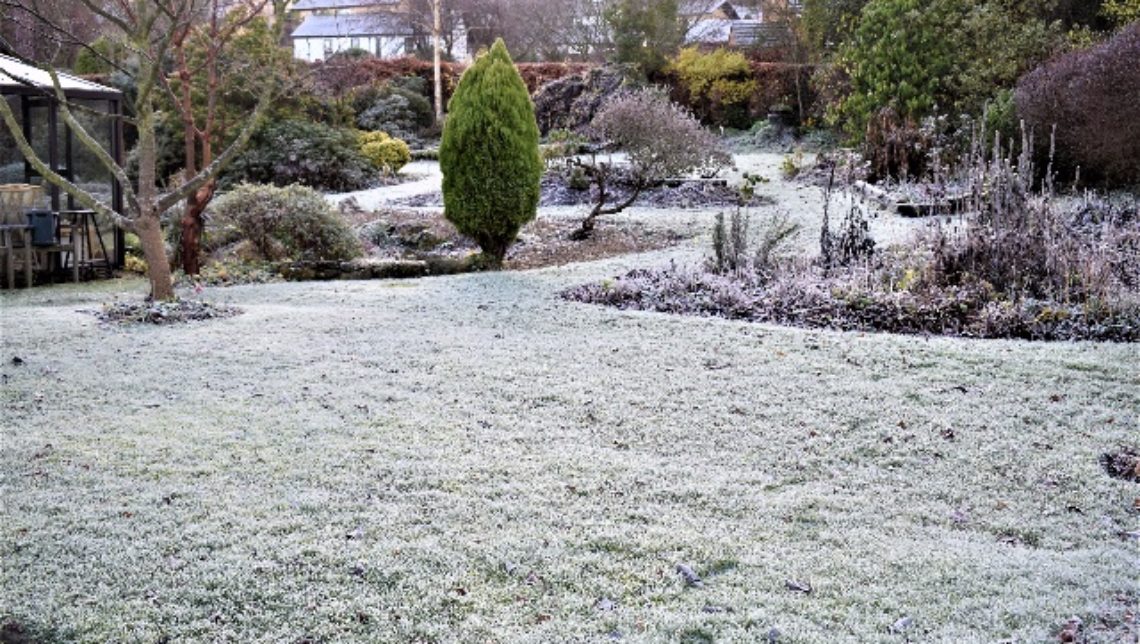