See some of the plants exhibited at the AGS East Anglia Show 2018.

You are never quite sure what you are going to see at this show. If the preceding weeks have been below average in temperature, you will encounter plants more typically exhibited at the April shows. An unusually warm spring, however, will lead to more plants associated with early summer being displayed. This year we seemed to have both, with prolonged cold weather giving way to a sudden but short-lived heatwave. Consequently, it was one of the strongest and most varied shows at Wymondham for some time, giving visitors the chance to see around 400 plants. 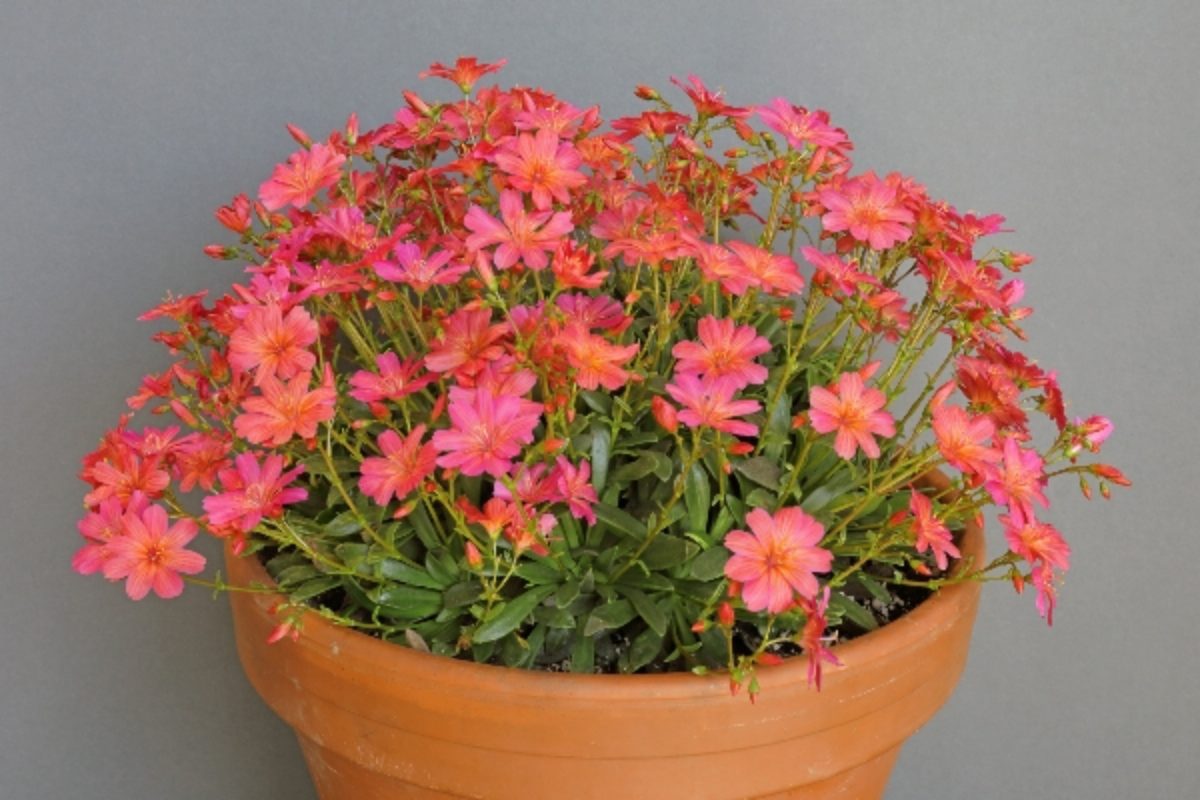 In previous years, the East Anglian show benches have been dominated by huge Lewisia cotyledon. Whilst the larger L. cotyledon hybrids were absent this year, there was still the same dazzling array of colours. Lewisia appears to be an eternally popular genus with AGS members, bringing welcome colour throughout the second half of spring into earliest summer. AGS Director of Shows Martin Rogerson does particularly well with this genus and had fine examples of both L. brachycalyx and L. tweedyi on the bench. The flowers of these plants appeared somewhat understated, however, in contrast with what can only be described as the ‘hot pink’ of Peter Farkasch’s L. columbiana x cotyledon. 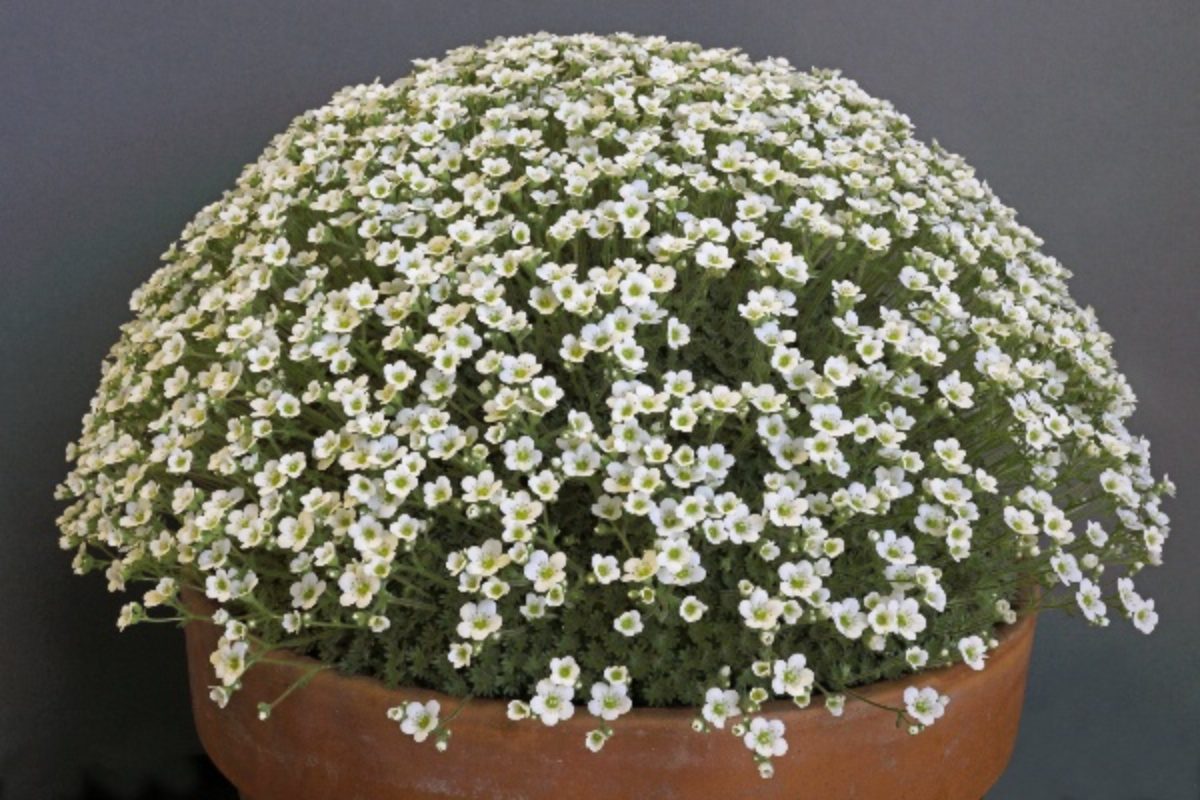 Another mainstay of the Wymondham show is Saxifraga pubescens ‘Snowcap’, one of the later-flowering mossy saxifrages. There were several examples on display, from rather diminutive plants in the small pan classes through to Clare Oates’ much larger one. Readily obtainable and easy to grow, new exhibitors looking for some late-spring colour for the show benches could do a lot worse than pick up one of these. Clare’s plant was reminiscent (but not yet the equal) of Alan and Janet Cook’s ‘Snowcap’ that won the Farrer Medal at Wymondham for two years running. Although missing out on best in show, Clare left with a well-deserved Certificate of Merit. 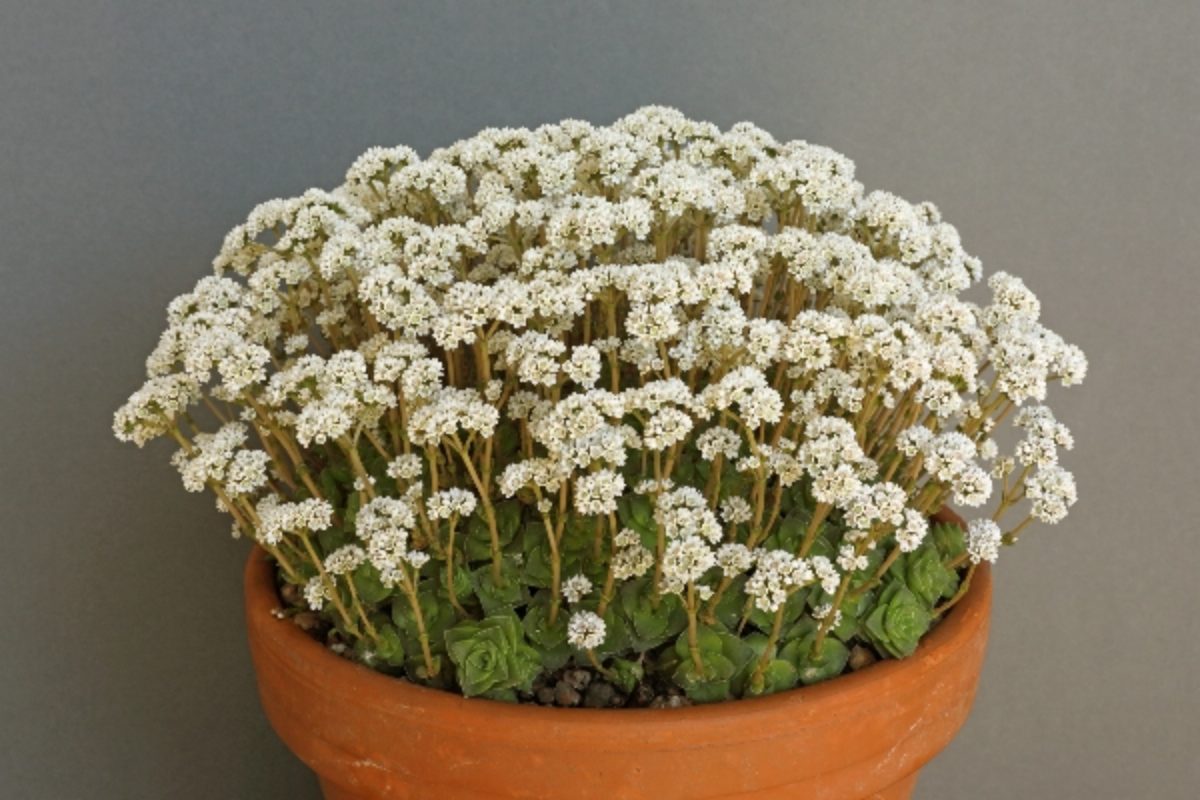 Beginners should also look out for the African Crassula socialis. Personally, I find this species’ tiny white flowers underwhelming, although Martin and Anna Sheader’s offering was not without charm. The real appeal, however, is in the cubic effect of its foliage. I grow this in the poorest of soils – mostly sand and grit with whatever John Innes compost is left in the tray at the end of a potting session – and it increases year-on-year. Like other Crassulaceae members such as the Sempervivum that were also well-represented at the show, if any rosettes of C. socialis come loose they can just be poked back into a pot and will continue quite happily. Both C. socialis and S. pubescens ‘Snowcap’ will tolerate frosty conditions but loathe winter-wet. Growing them under cover is therefore recommended. 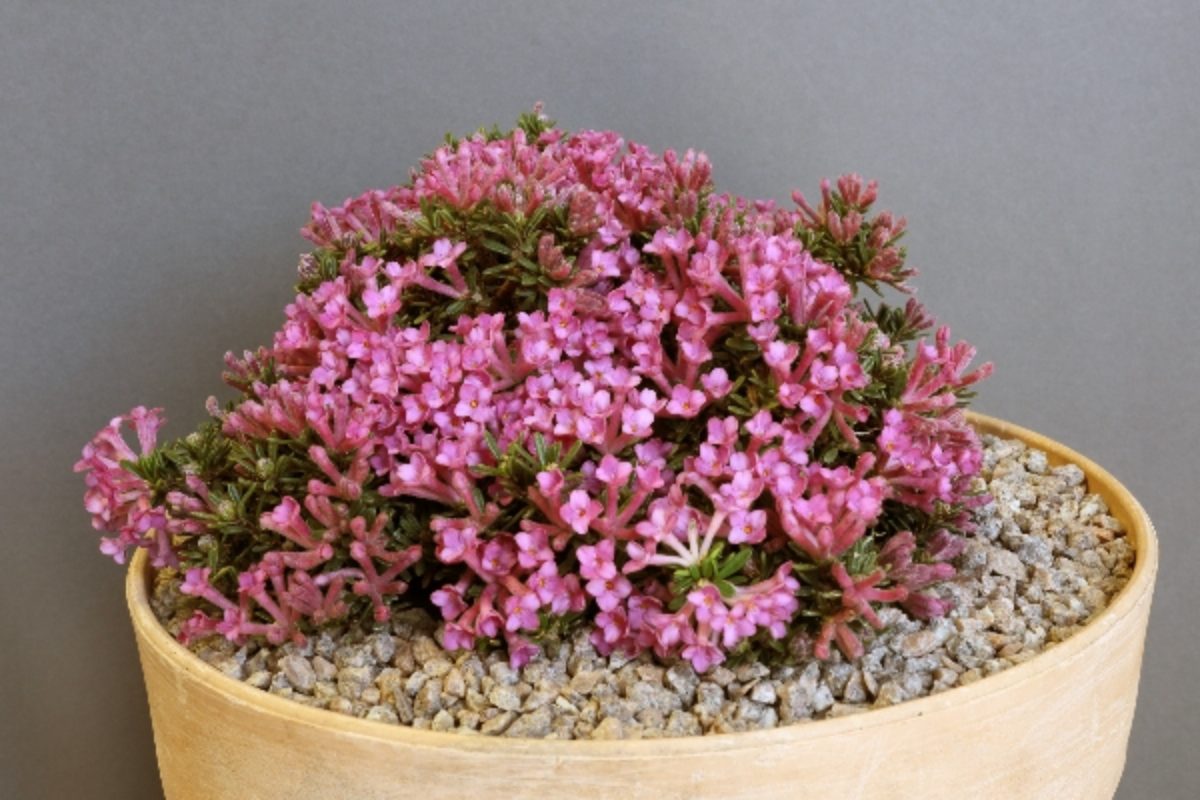 The recent warm weather brought many dwarf shrubs to their peak. There were several Rhododendron hybrids on the benches, including Diane Clement’s large R. ‘Egret’, weighed down by hundreds of white flowers. Daphnes are another popular shrub at this show and the Sheaders’ compact D. petraea ‘Persebee’, itself not short of flowers and another contender for the show’s premier award, received a Certificate of Merit. The show’s third Certificate of Merit went to Peter Farkasch’s Haberlea rhodopensis. 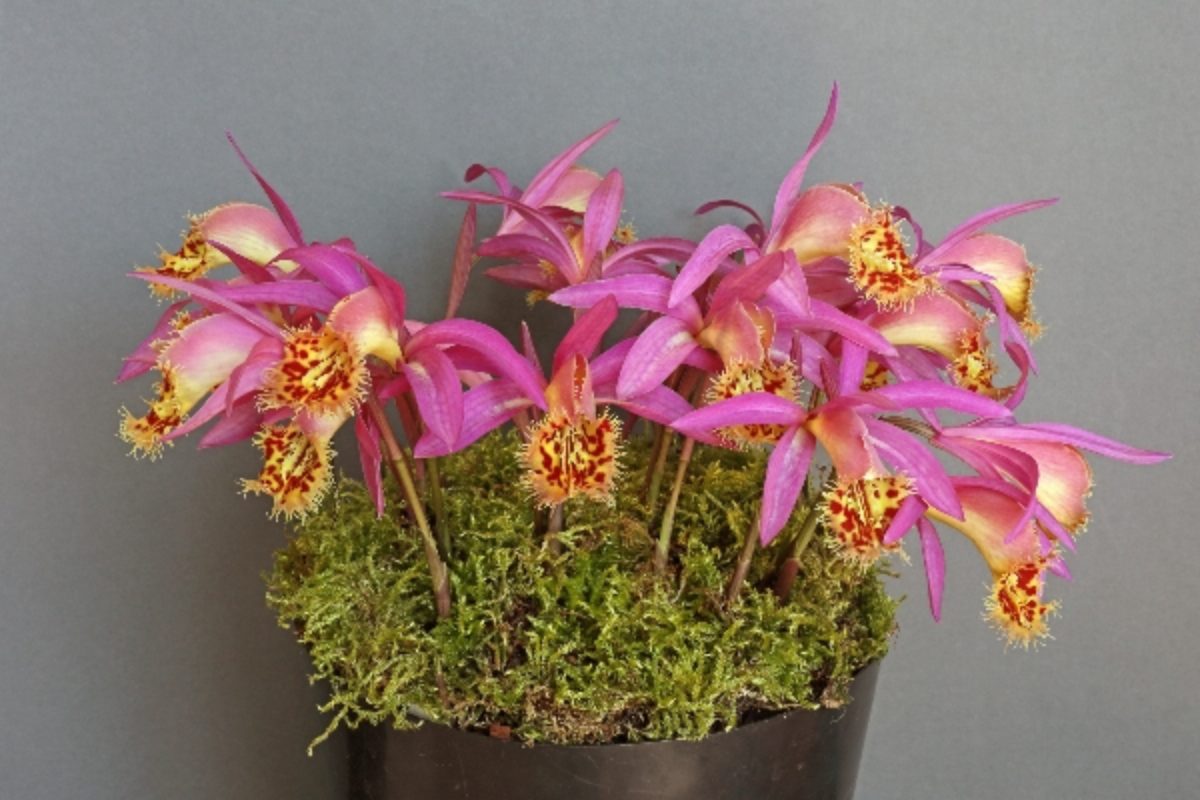 It was a particularly good year for orchids, with several species on display. The Pleione were just as varied as L. cotyledon, ranging from the pure white P. formosana ‘Snow Bunting’ to the particularly psychedelic pink and yellow P. ‘Tawny Owl’, both shown by Cecilia Coller (Wymondham is blessed to be Cecilia’s local show. The legendary white van may have been retired but Cecilia’s plants continue to delight). My favourite, however, was Ben and Paddy Parmee’s P. ‘Golden Eagle’. Their small pot only contained two flowers but promised great things to come. Personal experience suggests that the spring-flowering pleiones benefit from some source of humidity in the summer months (in my case a bucket of water beneath the bench in the alpine house) and also from having their old roots trimmed back in December. It was worth Ben and Paddy making the trip from Hampshire: not only was their Primula forbesii awarded the Suffolk Trophy for the best plant in the Intermediate Section; they also won most points in that section. 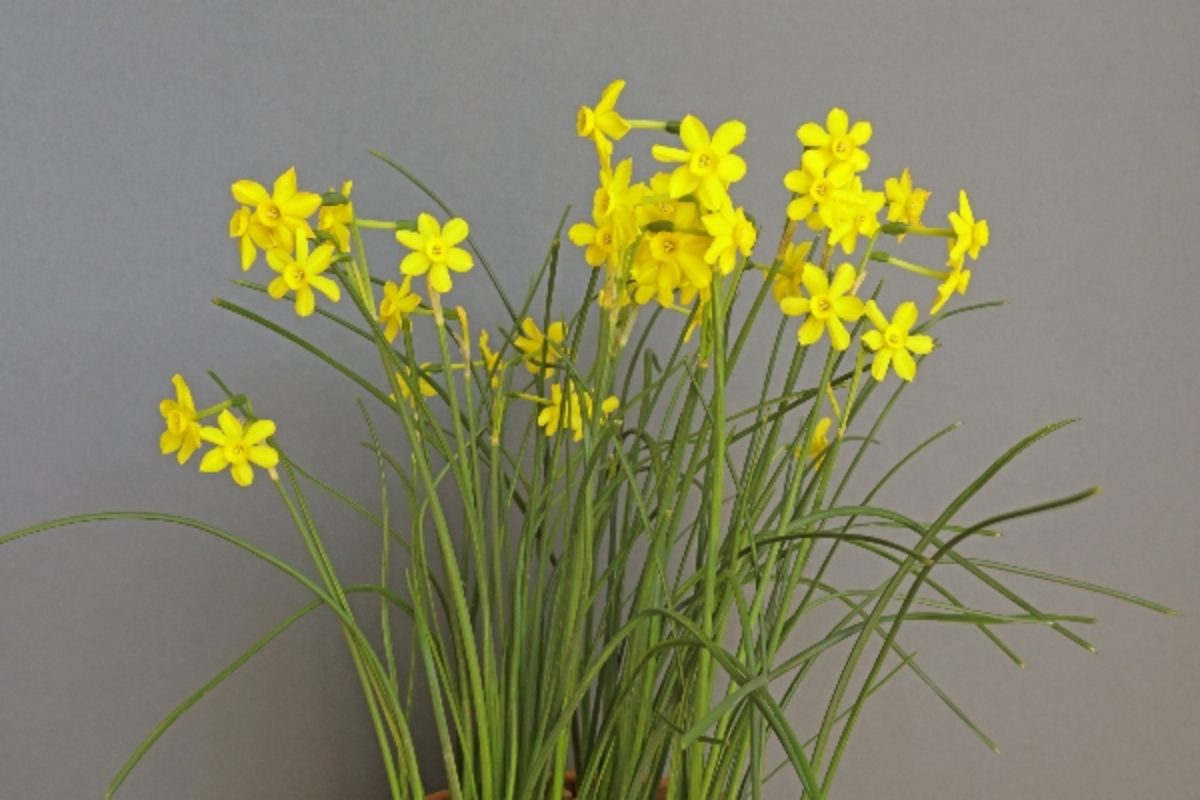 There were a number of late-flowering Narcissus present at the show, including a large potful of the star-shaped N. jonquilla, another of Clare Oates’ collection. In general these plants enjoy a summer bake, the absence of which last year was no doubt to blame for the lack of flowers in my own collection this year. Eternal optimism is a prerequisite for any exhibitor and I have my fingers crossed for next year. 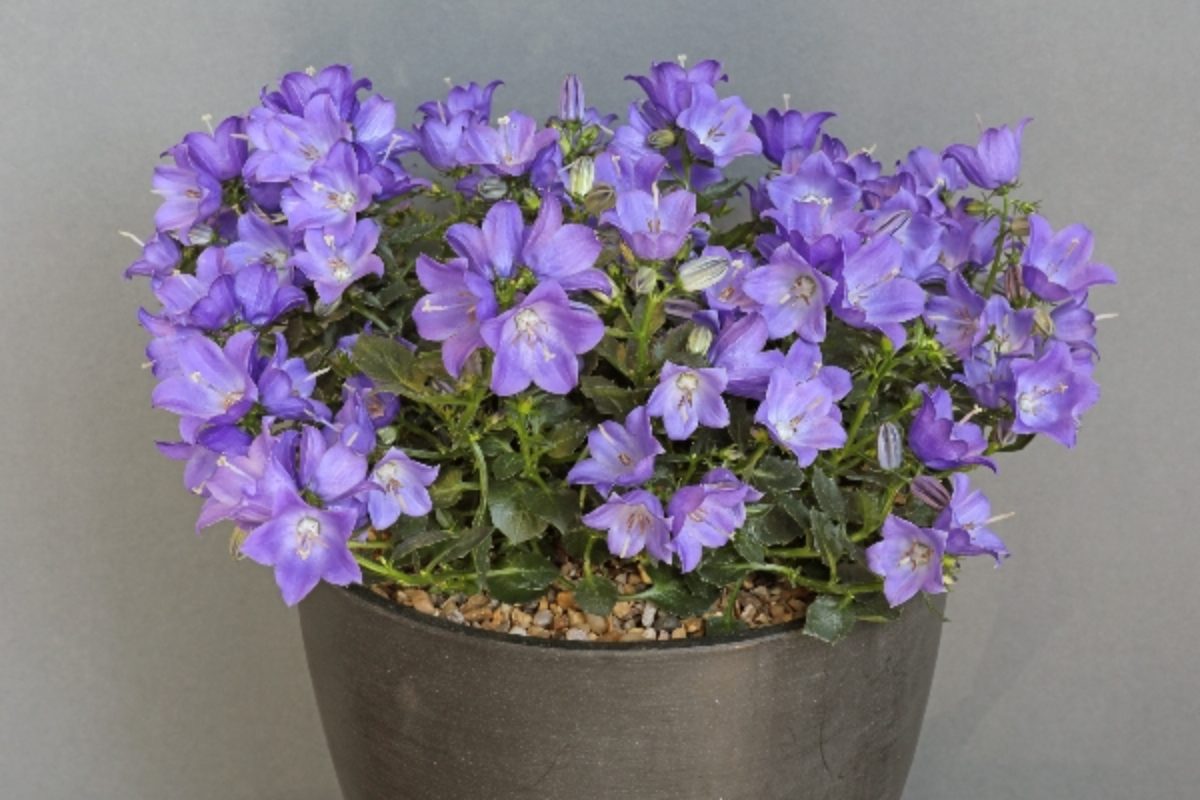 From late bulbs to early campanulas; Anne Vale exhibited a floriferous C. cochlearifolia. This was part of her entry in the four-pan class, two in flower and two for foliage effect, which is peculiar to the East Anglia Show. Anne’s Campanula was accompanied by Aubretia ‘Elsa Lancaster’ and two silver plants: Helichrysum arwae and Leucogenes leontopodium. Speaking of silver plants, there was an oddity in the Intermediate Section.

In class 82 (one rock plant for foliage effect excl. silver and grey) sat Ozothamnus selago and adjacent in class 83 (one rock plant with silver or grey foliage) there was the similar O. coralloides. Personally, I consider both to be green rather than silver/grey although I recognise how others can reach the opposite conclusion. I suspect that my suggestion to the aforementioned Director of Shows for a new class for ‘one pan rock plant that is halfway between silver and green’ will not be adopted anytime soon! 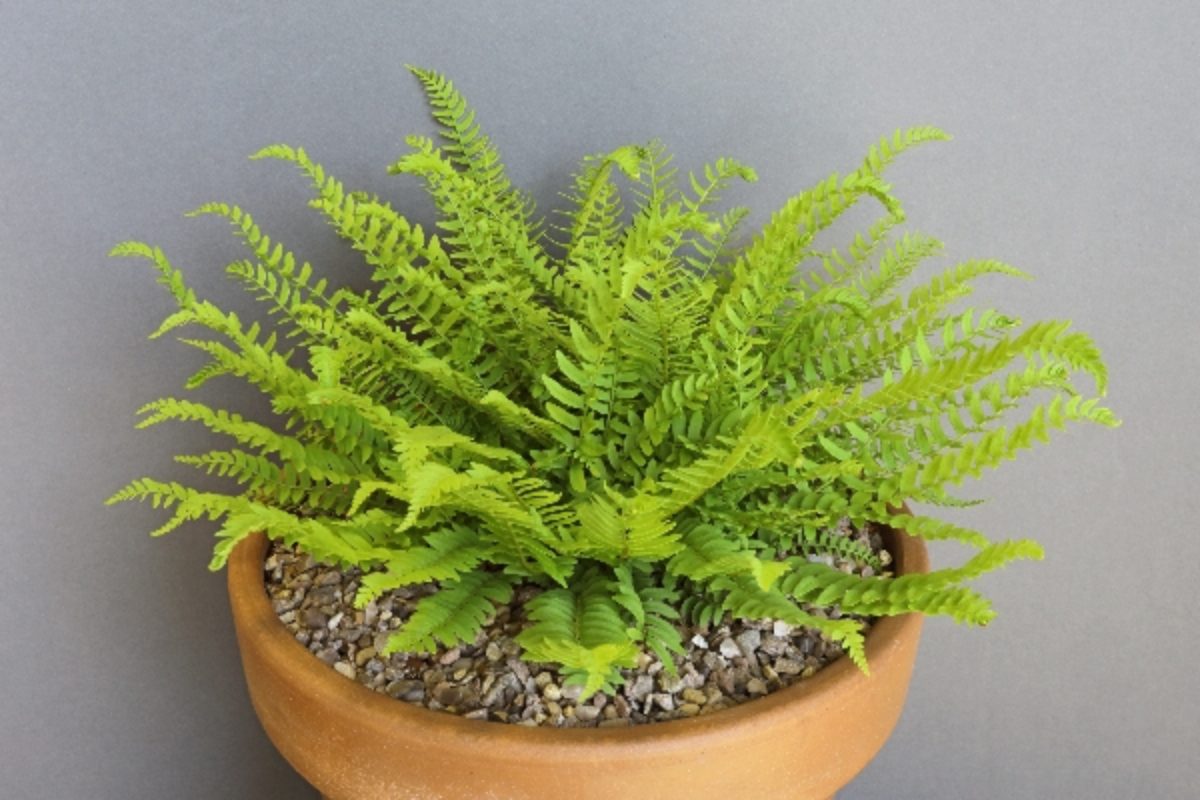 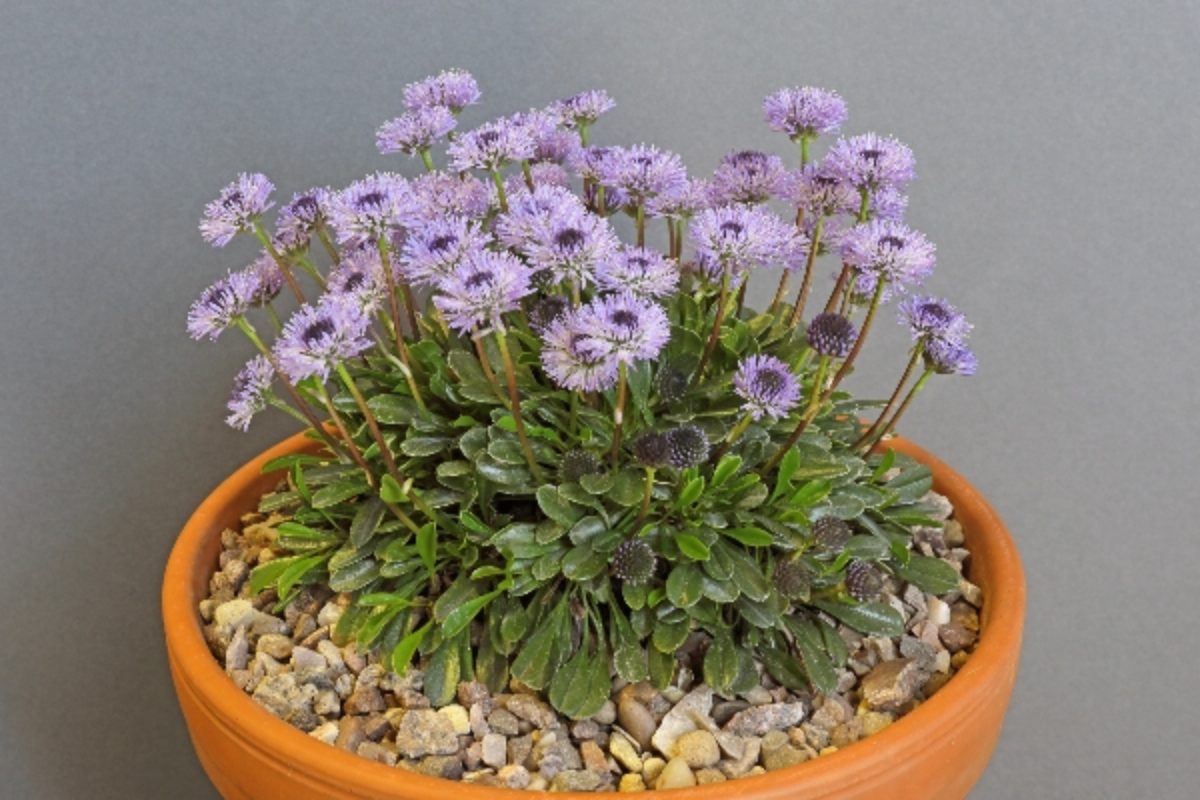 Wymondham is one of the best shows at which to see dwarf ferns. When making my notes for this report prior to judging, I picked out Don Peace’s Woodsia polystichoides as the best and was pleased to see afterwards that the judges concurred, awarding it the Barbara Tingey Trophy. Woodsia is another genus with a wide distribution; this particular species can be found across eastern Asia. It does equally well in both garden and greenhouse, keeping to such a size that it tends not to dominate. Don’s example was about as large as species plant gets.

Another successful show for Don was capped by the Farrer Medal (and the Sudbury Prize for best pan of bulbs), awarded to Fritillaria pyrenaica, part of his entry in the large three pan class. Other plants were considered, including the aforementioned Certificate of Merit recipients, but after only one round of judging it was clear that this had it in the bag. Given his other accolades, including an AGS medal for his small six pan, it was no surprise that he won most points in the Open Section. One component of this was a particularly well-grown Globularia meridionalis [right], a European native that was worthy of an award in its own right. 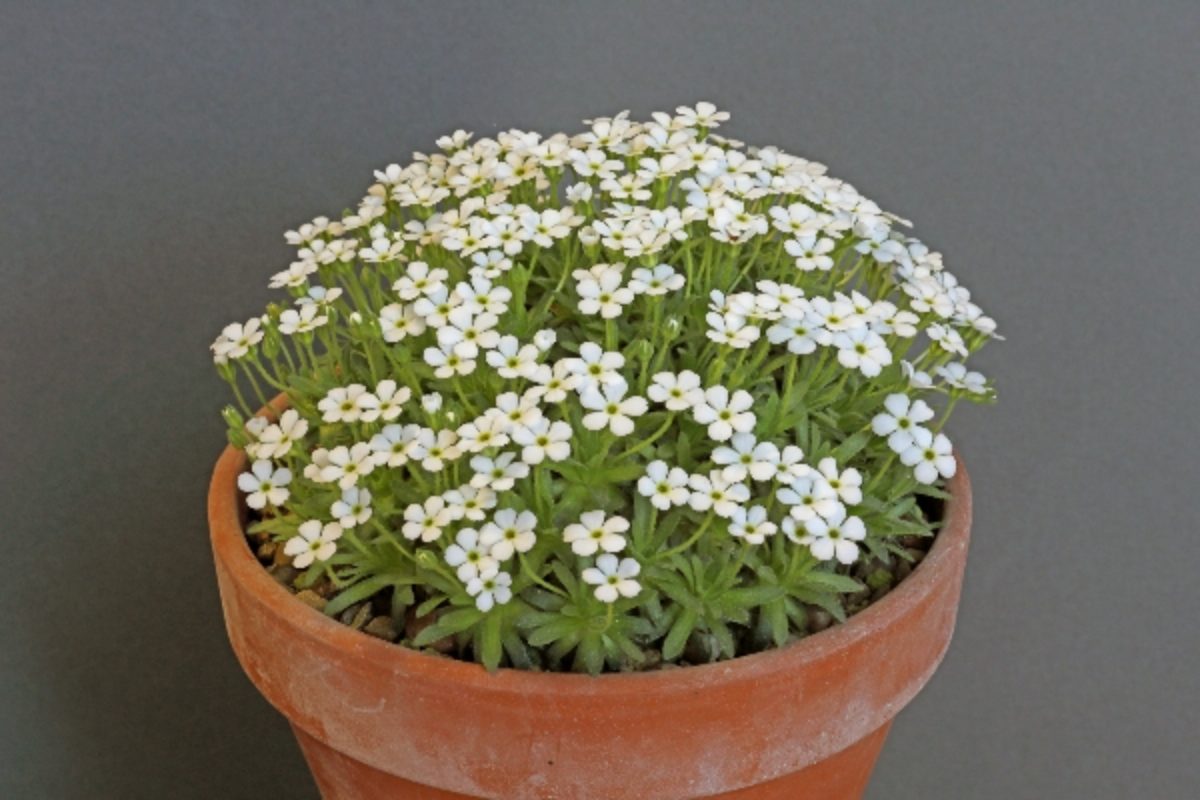 From one of the titans of the AGS show circuit to one of its rising stars. It was encouraging to see several exhibitors in the Novice Section, including two local group members. The prize for most points went to Steven Squires, a resident of Luton who, after winning the same award at a number of other shows, is well on his way to winning the Clifford Crook Cup. There must be something in the Bedfordshire air as long-time exhibitors will remember another member of the Bedfordshire Group, Tony Hale, sweeping all before him in the Novice and Intermediate Sections a few years ago. There was no award for best plant in this section but if there had been this would surely have gone to Steven as well. His Androsace cylindrica, grown from seed sown in 2014, was certainly my pick of that section. 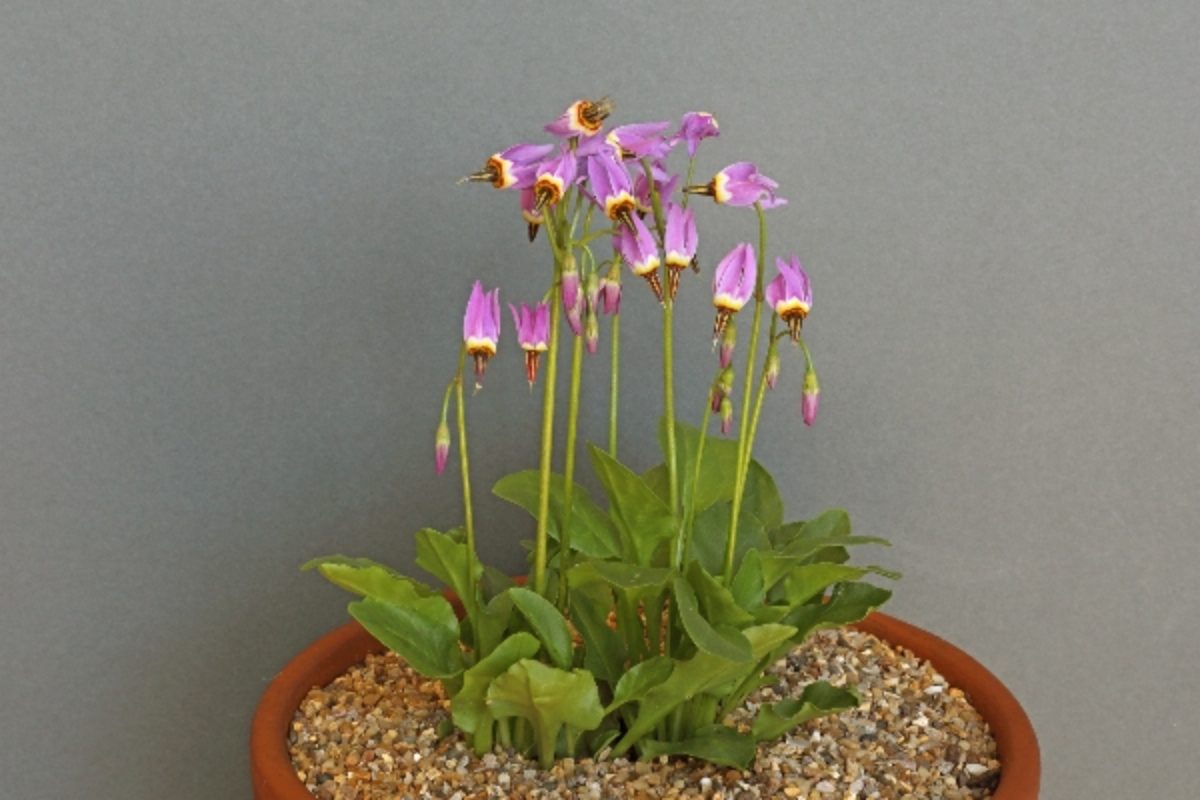 Androsace is another of those genera that illustrates the spectacular variety of alpines. Compare, for example, the immaculate white cushion of A. vandellii (another of Don Peace’s offerings) with the pink mat of A. sempervivoides‘Susan Joan’, grown by Ian Instone. There were also several exhibits of Dodecatheon, another member of the family Primulaceae, my favourite of which was Anne Vale’s D. dentatum var. utahense. This particular taxon is shorter than other forms of D. dentatum; approximately four inches rather than the more typical six through to ten inches.

There were many other plants on display that could have been included in this report but have been omitted for the lack of space. The AGS is built on its members’ passion for plants and it is clear from this year’s East Anglia Show that we have a lot to be passionate about. 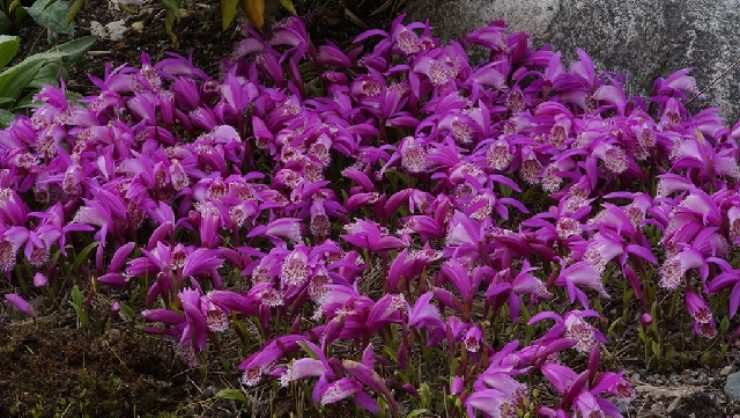 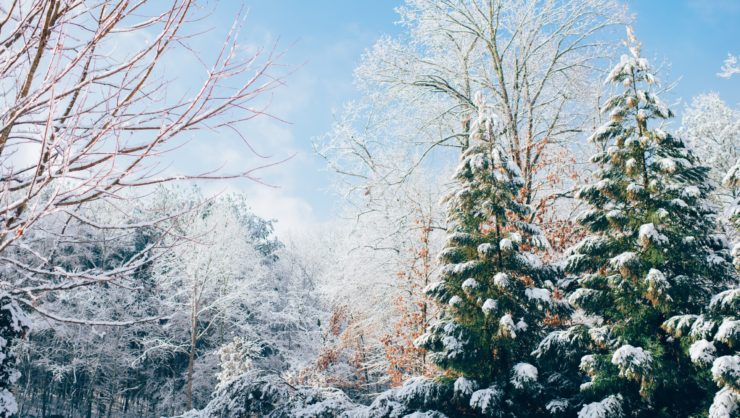 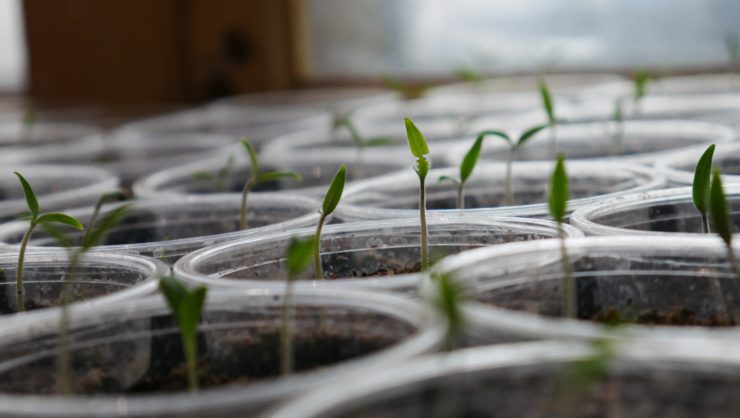