Our Northumberland diarist’s garden is a place of refuge this March in the wake of world events.

What a difference a month makes! I marvel at the optimism and unsuspecting innocence of my last post as I look forward to another spring. And here we are, in a spring like no other. The world is facing an epidemic that challenges our modern, first-world expectations of health, longevity and economic prosperity.

And what timing! Our gardens are just starting to colour with the promise of a bountiful season, but there are no shows! No meetings! No garden visits or trips abroad! (Sheila and I should be in Greece now). For those of us over 70, there’s also a strong suggestion that we should stay imprisoned in our homes.

I’m a ‘glass half full’ kind of bloke, though, and we gardeners are lucky – we have so much to interest, occupy and excite us at home.

We’ll have more time to nurture our precious seedlings ­– I already have 24 pans germinated (about a quarter of the total sown last winter, a precocious showing).

We’ll have more time to feed, water, prune, top-dress, dead-head and even weed the garden. And, if nobody comes to see it, we can still enjoy it ourselves. Sheila and I will now be here during two of the gardens must fruitful seasons (March and May). While not the same as Greece, we will enjoy it as best we can.

This week, builders demolished our horrible old double garage. I’d been using half of it as a dim, damp and extraordinarily untidy potting shed. It took me three days to clear out ready for demolition! Here are pictures of it half demolished and demolished: 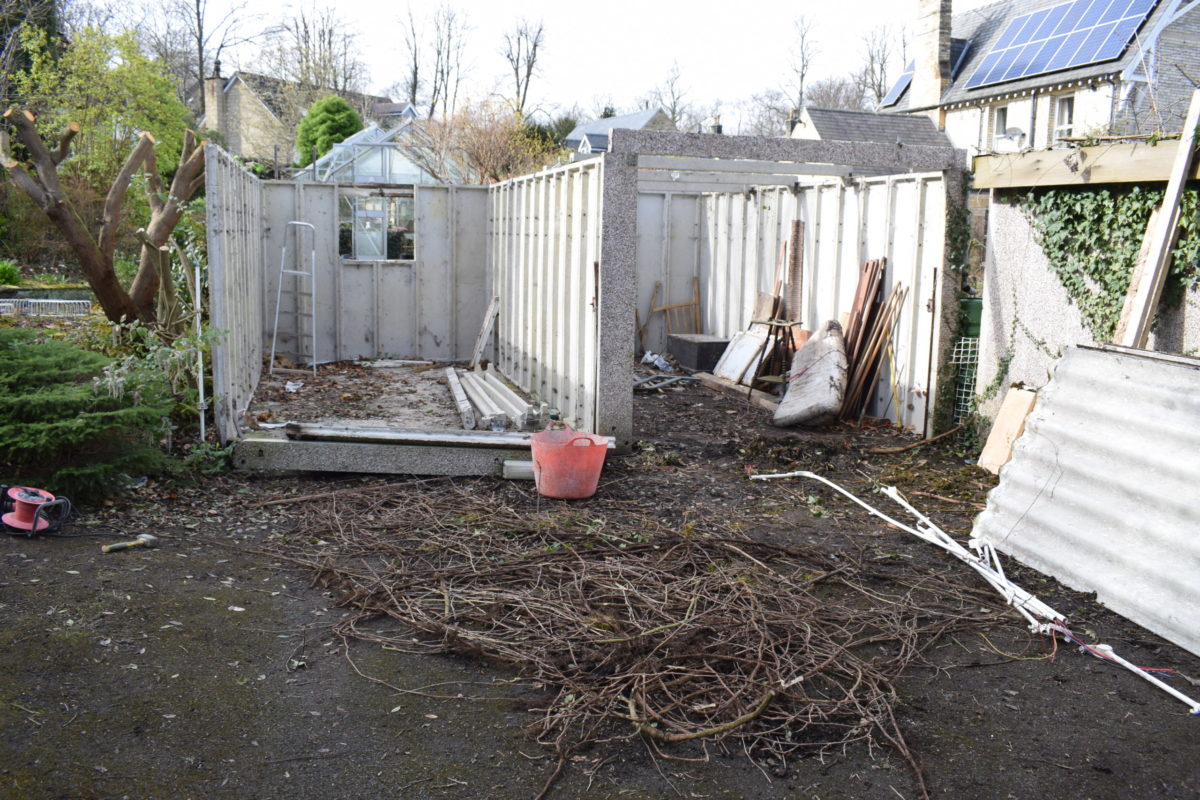 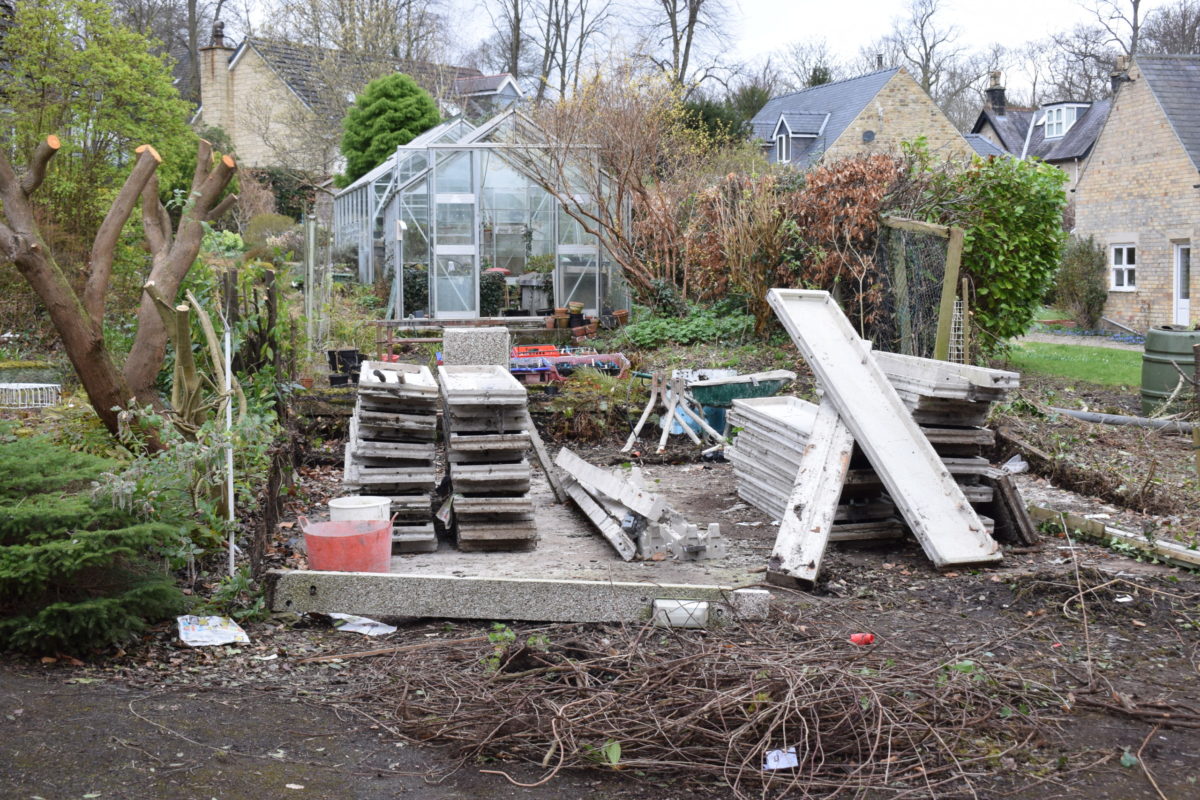 In its place, our new garage will stand – warm, well-lit and dry, with double access. They’re bricklaying it as we speak. I’m very excited!

Half will become a properly equipped potting shed with benches, trays and shelving. Here are my pots and gardening paraphernalia piled up awaiting their new home: 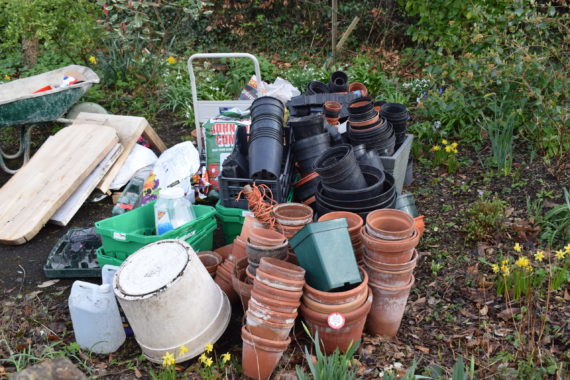 This really is something to look forward to and, if I drank sherry, I would already be planning to lay in a bottle or three.

The garden is now full of interest and colour. In my last post, I featured some Saxifrages and this time around there are even more.

This Saxifraga ferdinandi-coburgii was grown originally from seed collected in the southern Bulgarian Pirin in 2002. It has been particularly good this year. In troughs, I find it’ll only get so big before starting to fall apart. But, if the bits are reinserted, it’s amazingly easy to renew and propagate. To the right of the picture is a small piece of Saxifraga wendelboi. 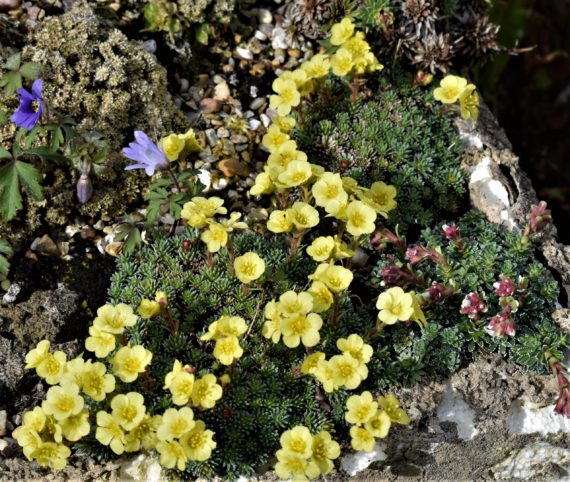 Saxifraga sempervivum was also grown from wild-collected seed, this time from Falakron (north-east Greece) in 2016. I lifted this and took it to the Kendal Flower Show last weekend where it attracted a blue ticket in a very large class.

I think its compact habitat is due to the fact that it has spent its life outside in a trough. I popped it back the morning after the show. 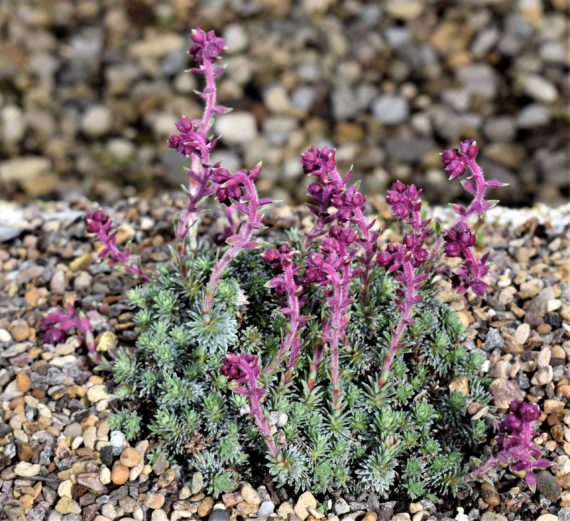 Many hybrid saxifrages do not last with me. However, one of the most compact – the locally engendered S. ‘Allendale Bravo’ – has now survived in a sand bed for many years. 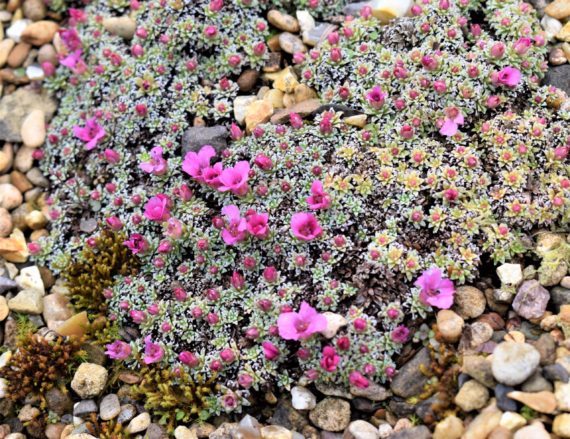 I have some fantastic Primulas that are coming into their own, too. I also lifted this Primula rosea from the very wet sump it inhabits for the Kendal Show and it won its class. It’s now happily back in the garden. 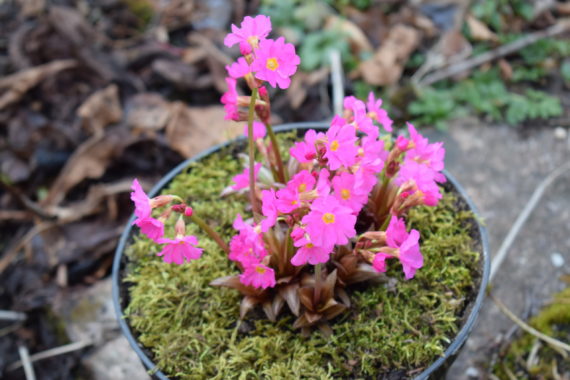 I find Primula ‘Wharfedale Village’ is perfectly straightforward when grown without cover outside. The ‘trough’ it’s growing in is actually a piece of expanded polystyrene packing, given drainage and the contents built up above its very shallow interior.

This has now been planted up over a year and is placed on top of the rock garden. 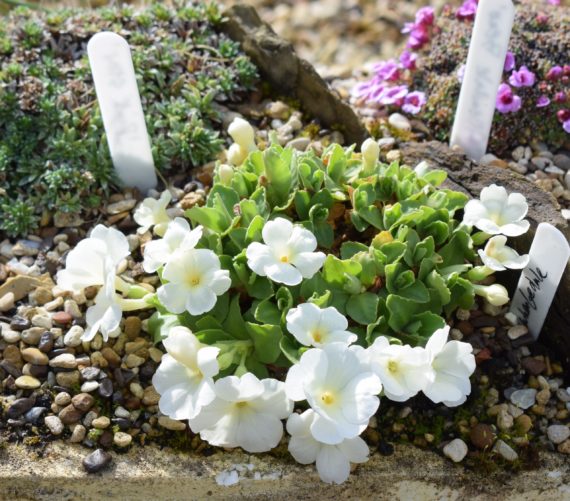 I’ve also been exhibiting two plants grown from ex-Turkish seed as Primula elatior ssp. pallasii. I featured one of these last year. It’s enormously vigorous, and this year it’s clear that it must have P. vulgaris primrose in its parentage.

Presumably, the seed was collected from garden plants. It has been much admired, for it is a superb garden plant. It has even been suggested that it should be propagated and named – but it is not for the judges, perhaps understandably. 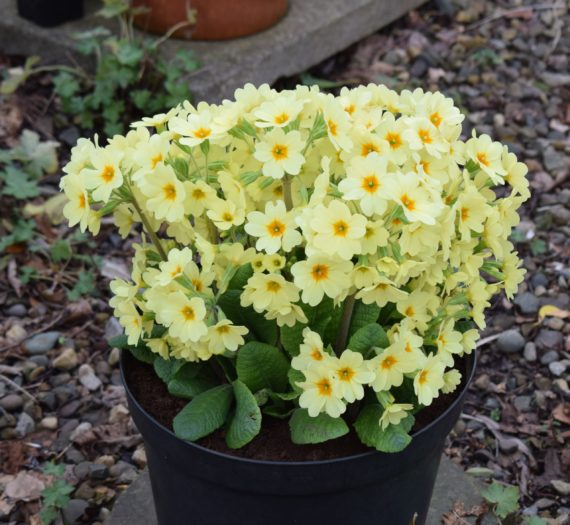 Its sister seedling is very primrose-like, but the leaves are those of an oxlip, and the plant has the correct sepals and furry stems. It’s probably correctly a dwarf form of genuine P. elatior pallasii – and a delightful one at that. 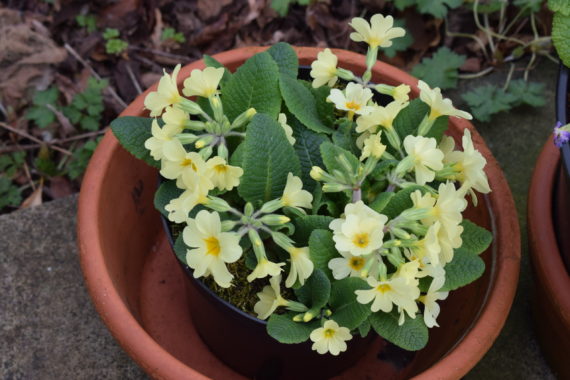 I’m finishing this primula section with a photograph of a colony of P. marginata ‘Shipton.’ This is long-lived on its north-facing limestone ‘cliff’. 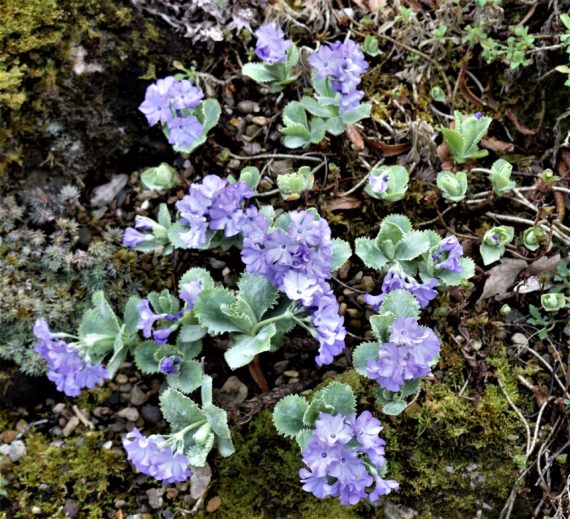 At the feet of this colony, Pulsatilla grandis is coming into flower. It’s notable for flowering well before the leaves appear, like some Crocus. I find it enjoys moisture and quite a heavy soil. 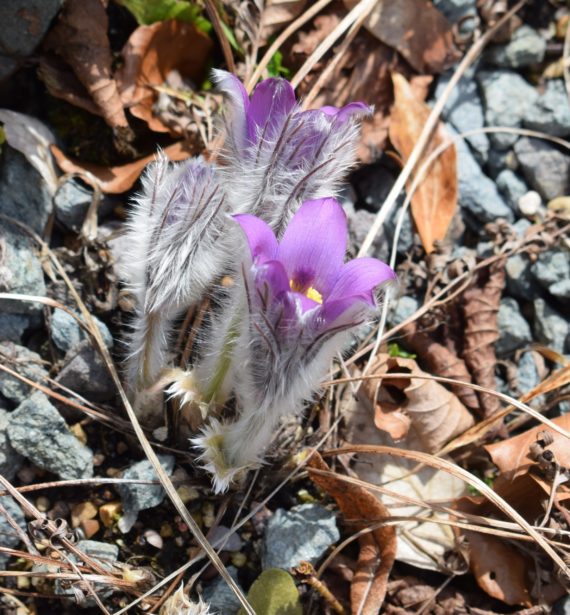 15 months ago, I received a welcome and generous gift of shortias after giving a talk. I had no familiarity with this genus and I’ve found them difficult, particularly outside. I’ve only lost a few, but many have definitely ‘gone back’.

I kept eight inside in plastic pots using a mix of orchid compost, leaf-mould and perlite. Success has been varied, but I’m pleased with this S. uniflora ‘Grandiflora.’ 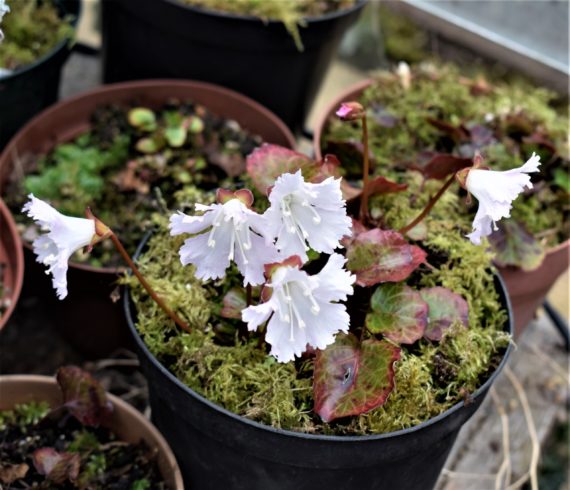 This Shortia ‘Leone’, which is a hybrid between S. uniflora and the American S. galacifolia, is also doing well. 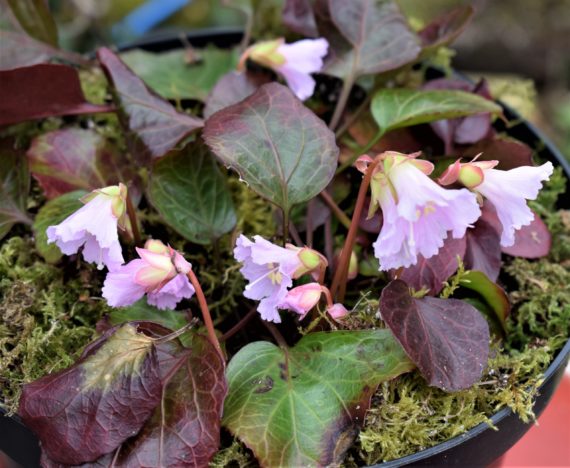 You’ll see in this picture Narcissus asturiensis and Crocus – supposedly ‘Violet Queen.’ The Crocus is a superb vigorous plant that’s all over my garden. I acquired it as C. sieberi ‘Violet Queen’, but, frankly, it has nothing to do with C. sieberi. 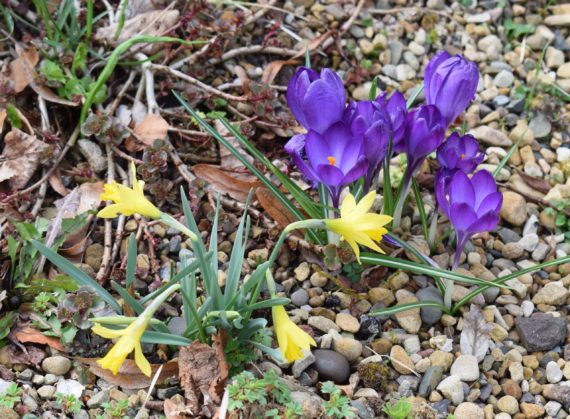 If you look on the internet, two very different plants are pictured under this name. One is a pale, modest little form of C. sieberi, probably ssp. atticus, and I guess this is the real thing.

The other is my plant which seems to involve the closely related C. vernus and C. tommasinianus – probably a hybrid between them. As far as I can see it lacks a name, having ‘stolen’ the epithet ‘Violet Queen’. It should be renamed as it is a super thing.

I’m following this with ‘Firefly’, a good garden form of C. sieberi, and the related Macedonian C. kosaninii. 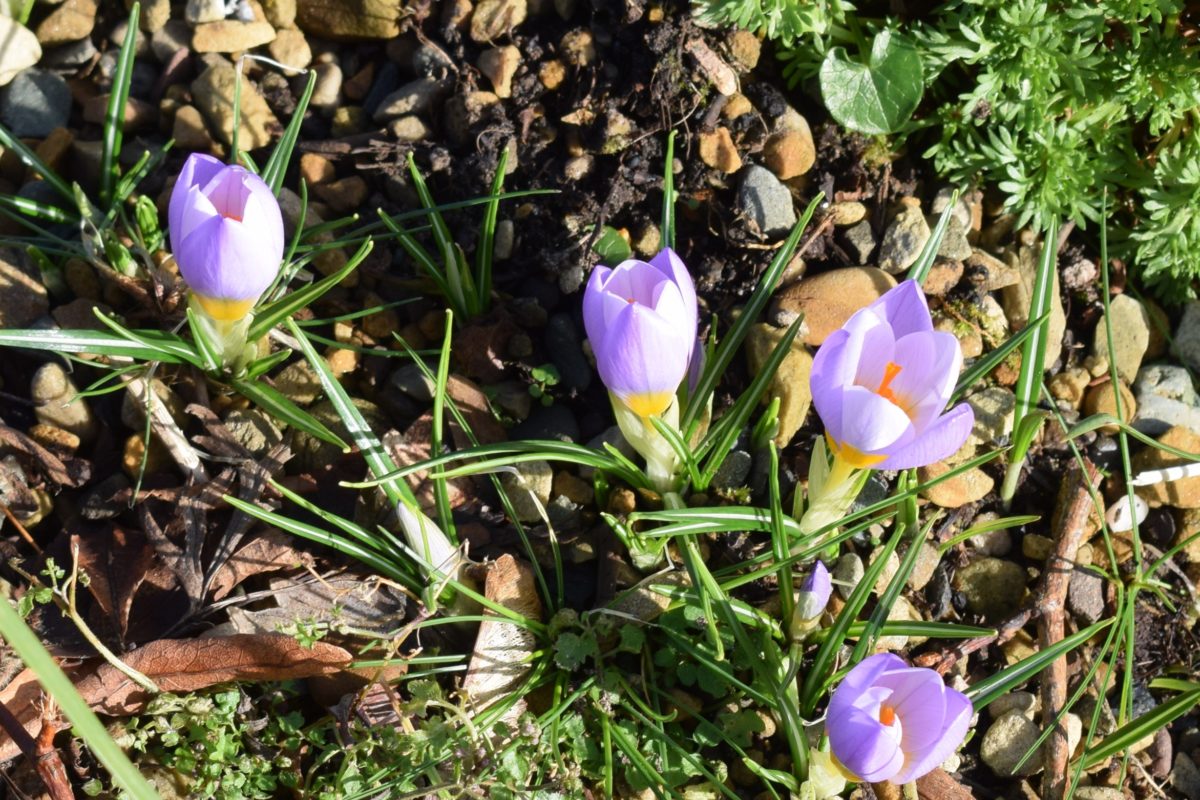 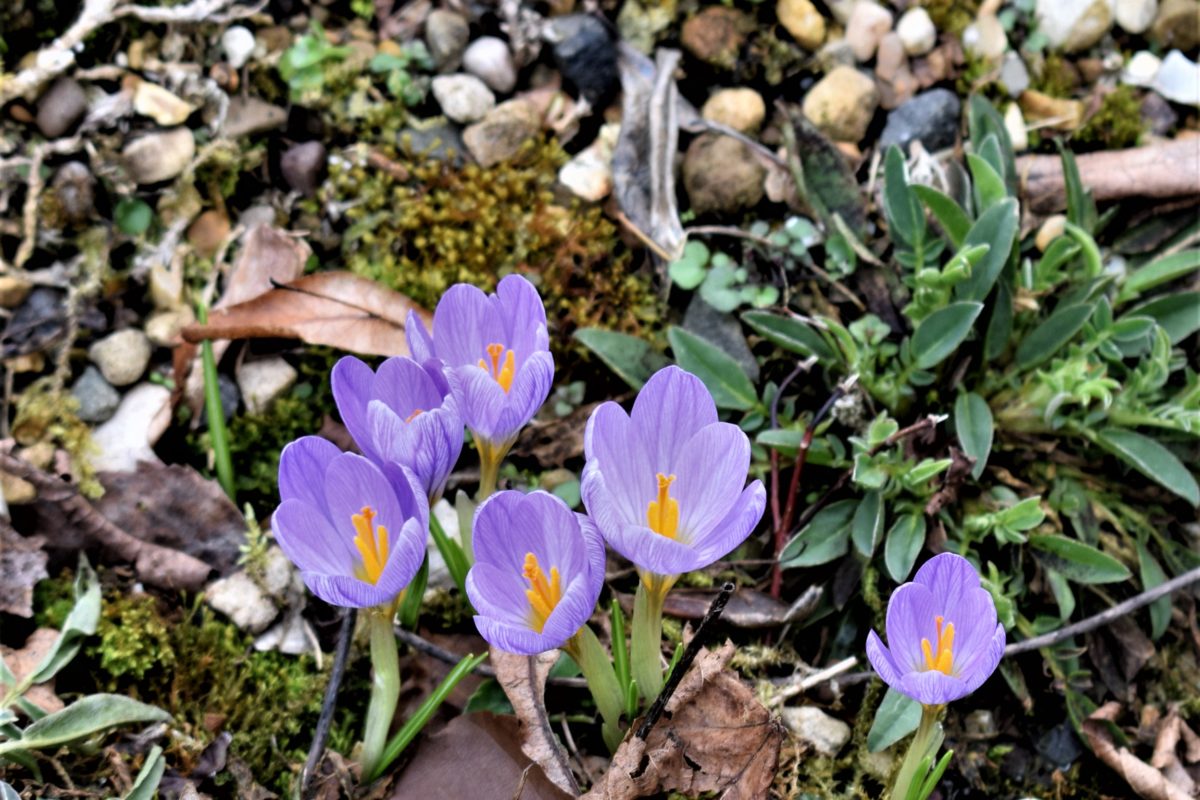 Yet another crocus in this group is new to me. It came from the collection of the late Ray Johnstone, and failed to flower last year but produced two blooms this spring.

I’ve seen the Balkan Crocus veluchensis on many mountains in central and northern Greece and Bulgaria, but I don’t think I’ve ever seen a white one. Ray clearly had, and very attractive it is too. 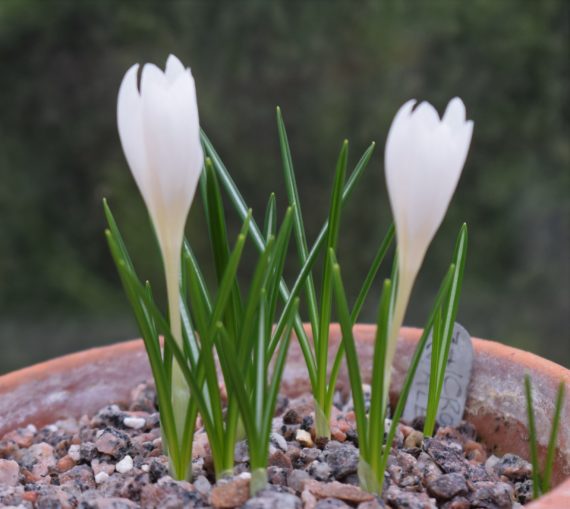 It does not, I guess, lie far from Crocus tommasinianus ‘albus.’ This is just as vigorous here as its violet comrades, which I guess is more than we can hope for the white veluchensis. But, rarity, oddity, even difficulty, are all part of the game we play, and will play again in a future season. 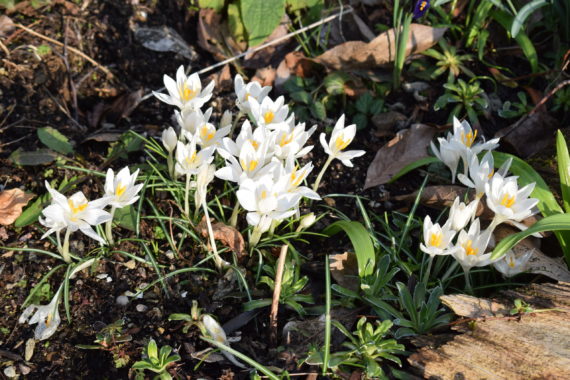 Finally, to cheer us all up, Rhododendron ‘Christmas Cheer’ did finally open in the snow (see last post). It was eventually frosted but gave weeks of pleasure first. 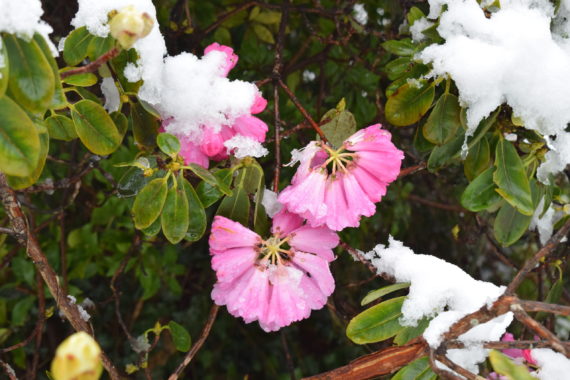 Tune in next month for the latest on what’s in flower in Northumberland this spring. 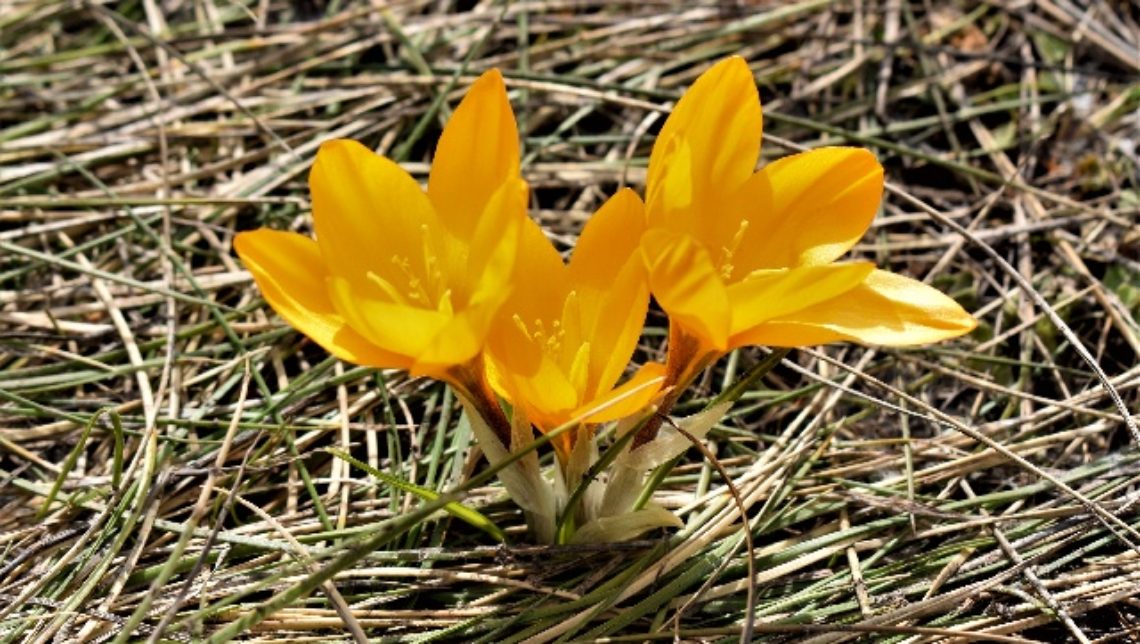 Northumberland Diary
Ten days in the Argolid
John Richards shares some of the plants seen on his recent trip to Greece, including orchids, tulips and crocuses....
1 April 2019 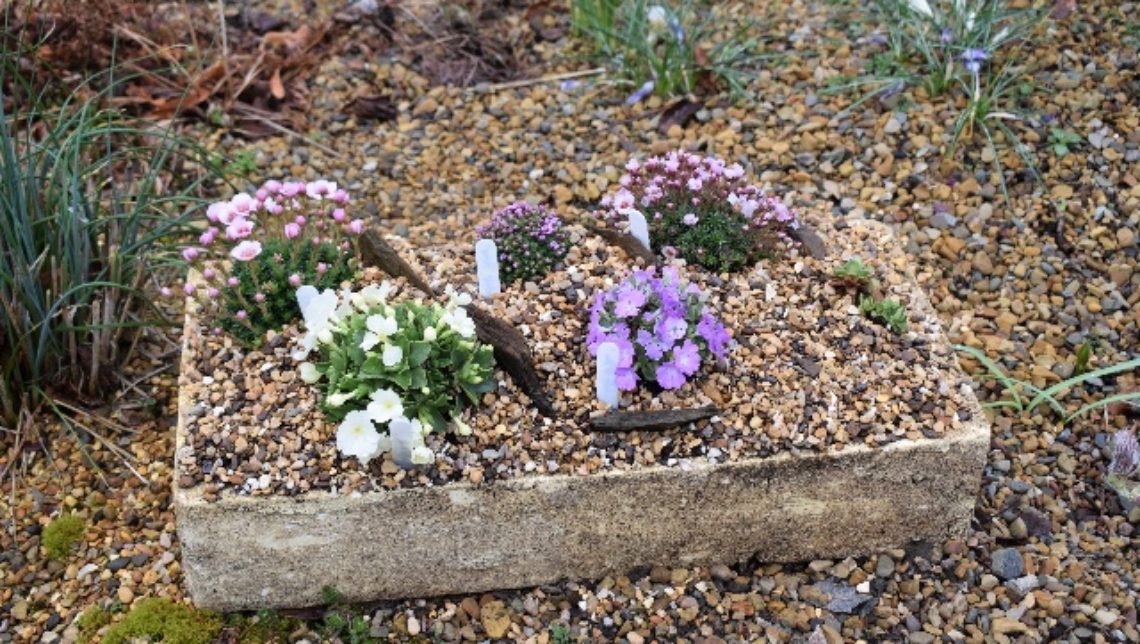 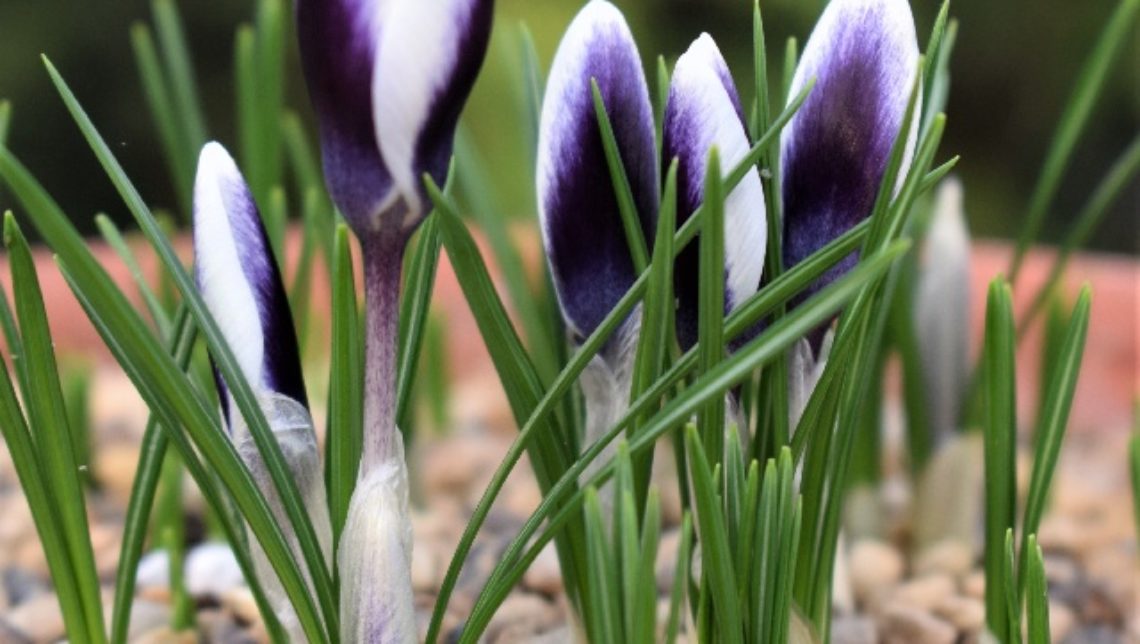