I want to build a rockery and am looking for stone. In May, members of the Garden Media Guild were treated to a tour of the incredible rock garden at Leonardslee in Sussex by Head Gardener Ray Abraham.  The stone in the rock garden looked just the job so I asked what it was. Ray stunned us all be announcing that the rocks were in fact artificial. Not quarried, but manufactured. Fake.

We live in an age of fake news and engineered viral memes. Fake is feted as long as it’s funny and copycat is cool as long as its cheap. Gardeners are used to plastic terracotta and concrete urns – but I always assumed our predecessors, particularly the wealthy ones, would have the genuine article. A fake rock garden built in the grounds of a Sussex mansion 100 or more years ago? Surely not. 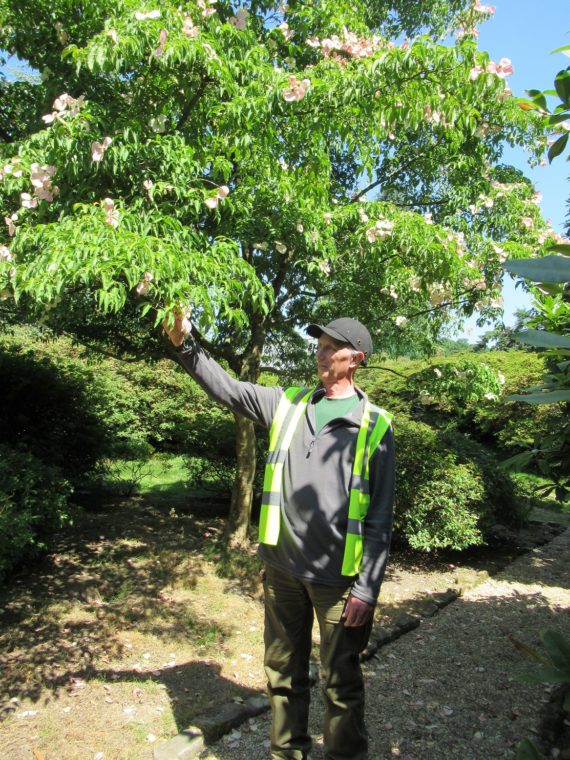 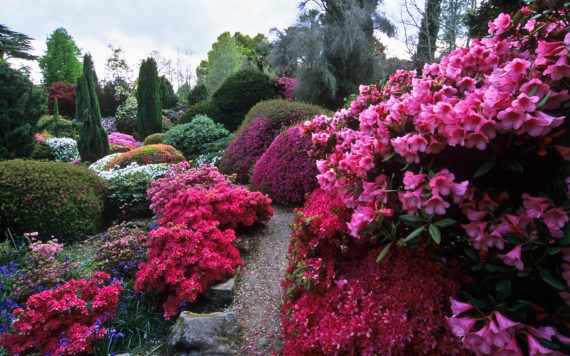 Peering closely at the rocks at Leonardslee, I found it difficult to believe that they aren’t real. Perfectly weathered as if by centuries of wind and rain, moss and lichen-covered, the strata looked entirely natural.  The effect was magical and a perfect foil for dozens of glorious azaleas and rhododendrons.

At its best in late spring and early summer, with the azaleas in full bloom, the garden is a riot of colour.  The jumble of colours is often jarring, billowing clouds of flowering shrubs disappearing from the gorge floor towards the sky. But the rock garden design somehow holds it together, enclosing the visitor in flowers and transporting them to an Asian mountain ravine.

Year-round interest exists in the rock work alone but throughout the year, a succession of plants take over from the azaleas, clinging to the rock walls and filling every corner. A number of statuesque acers and pines provide year-round structure grounded in the landscape by the extravagant rock work.

Magical is the wishing pond and fountain, a glorious acer framing the entrance to a pathway enticing you towards the sound of falling water.

A naturalistic setting for beautiful plants was exactly what its creators aimed to achieve and why they were masters of their craft for over 150 years. Who were the people behind this artificial artistry? 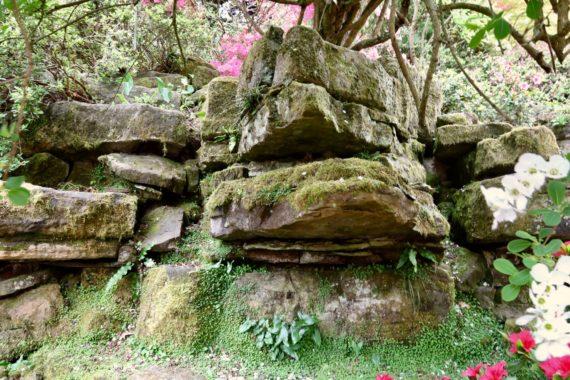 Leonardslee’s rock garden, like many of the famous rock gardens throughout Britain, was built by Broxbourne-based company James Pulham and Sons. Established in the early 1800s, rock gardens were their specialism but they also ran lucrative sidelines in follies, grottos, balustrades and terrace urns, all crafted carefully from artificial stone.

In the golden age when rock gardens, Japanese gardens and ferneries were gardening rock and roll, Pulhams were the master designers of extravagant rock stage sets.

Their clientele ranged from wealthy industrialists to royalty and their work took them to RHS Wisley, Sandringham, Waddesdon Manor and Buckingham Palace. Their work wasn’t just for private gardens though. Some seaside towns and rural villages also used the company for municipal memorial gardens or seaside pleasure walks – as seen for example at Stoke Poges and Folkestone.

The majority of Pulham & Sons’ rock landscapes were made using their secret recipe for mixing and moulding artificial stone. Admittedly, Joseph Paxton’s rock garden at Chatsworth and Pulham’s at RHS Wisley did use natural stone but the disadvantages were obvious. Real stone was expensive, heavy and hard to transport. In the case of Chatsworth, the stones were quarried nearby but at Wisley a train track had to be constructed to bring the rocks in. Of course artificial stone isn’t light either but the techniques used by Pulham meant many of their designs could be made in situ.

Quarrying techniques also meant you got what you were given. In contrast, each Pulham rock could be designed to achieve the perfect shape and size. In the hands of the master rock builders, the stacked designs could be stage managed more easily than real stone. 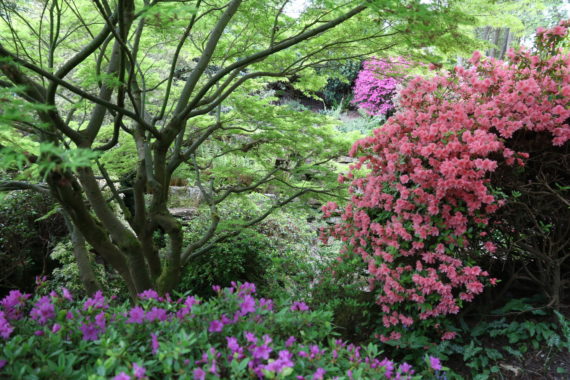 Pulham’s commercial advantage came from a secret recipe known as pulhamite. Various artificial stone recipes exist today – not least on this website – and are used in the production of artificial stone ornaments. But the pulhamite recipe is thought superior because it looks so natural and because it easily weathers and supports colonies of mosses and lichens. It is thought that the alkalinity of certain cement based mixes inhibit moss or lichen colonisation but Pulham’s recipe achieved this with aplomb.

The recipe disappeared from knowledge when the company dissolved in 1939 and its records were destroyed. If the fourth James of the Pulham dynasty knew of the secret recipe, he took it to his grave in 1957.

Analysis of pulhamite samples has revealed the mix contains sand, Portland cement, and clinker but the exact proportions remain unknown. The mix could be poured into sand moulds to make individual stones, or moulded around scaffold and cheaper rubble or bricks to make larger combinations.

Were the mix to be reproduced today, the skill and experience of the company in design and building would be hard to replicate, built as it was from the experience of multiple major commissions and using specialist craftsmen.

To say they were masters of their craft is an understatement. Anyone who has built a rockery from scratch will know that a pile of stones is just an ingredient. It’s how these are put together and planted up that really matters. 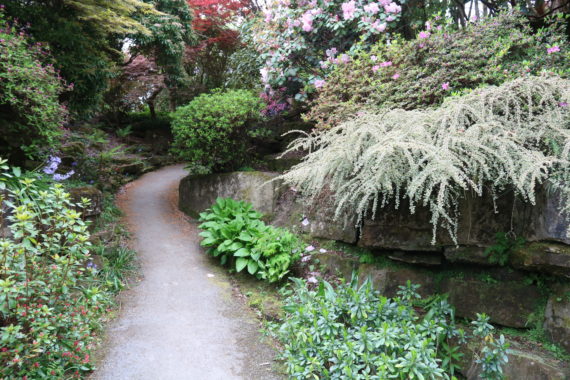 Pulham and Sons went out of business at the start of the second world war. The company’s records were destroyed and many Pulham gardens have disappeared or fallen into disrepair.

Thanks to the tireless work of Claude Hitching, grandson of one of Pulham’s master rock builders, the history of the company and a gazetteer of their work has been compiled and is published in a fantastic book: Rock Landscapes – the Pulham legacy. This book was obviously a labour of love and chronicles the fortunes of the company whilst reviewing the best of the surviving rock gardens, all beautifully photographed. 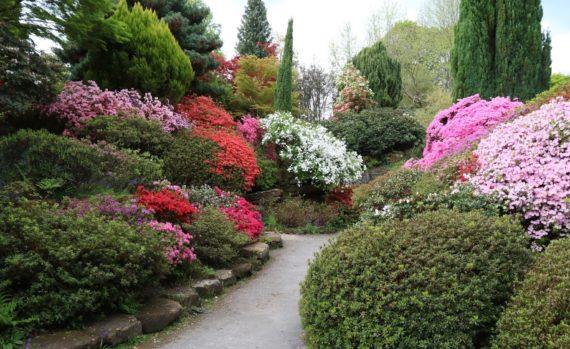 Missing from Hitching’s book is the rock garden at Leonardslee. This is not because the garden isn’t an incredible specimen of Pulham’s work – it surely is – but because the garden was closed to the public and slowly falling into disrepair at the time Hitching was writing his book.

After ten years of neglect, and now open to the public again, Ray Abraham and his team have worked hard to reclaim the rock garden, reshaping the shrubs and opening up the narrow pathways. Many of the paths were overgrown and even now work to cut back overgrown shrubs is being done gradually so as not to endanger the precious collection through overzealous pruning. Many of the azaleas and rhododendrons in the rock garden are rare or endangered and a propagation programme is underway to increase stock and hopefully to produce some for sale to specialist collectors.

On entering the overgrown rock garden for the first time, Ray and his team must have felt like explorers in foreign lands. Visit and you’ll feel as if you’re in another world. Here, fake feels real. 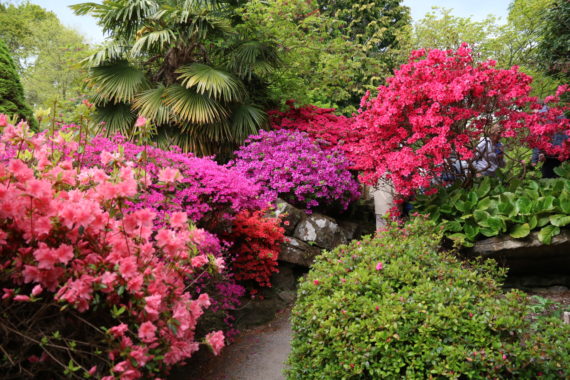 Further information and where to see other Pulham rock gardens

Leonardslee reopened to the public on 6 April 2019. Opening times, ticket prices and directions can be found on their website.

Other examples of Pulham rock gardens (a full list is contained in Claude Hitchings’ book): 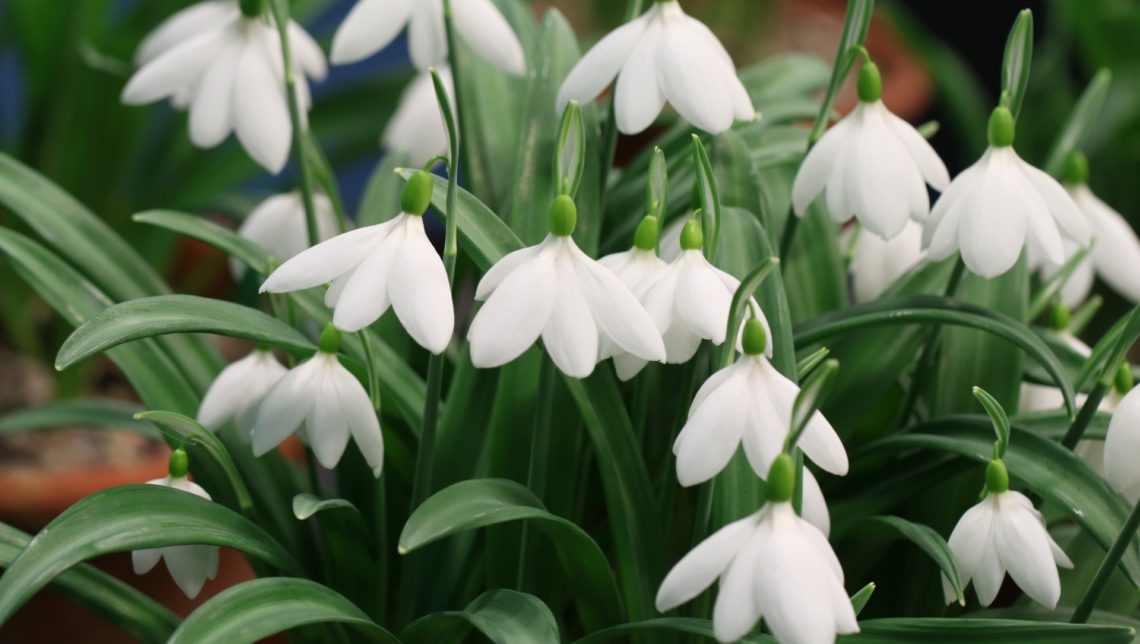 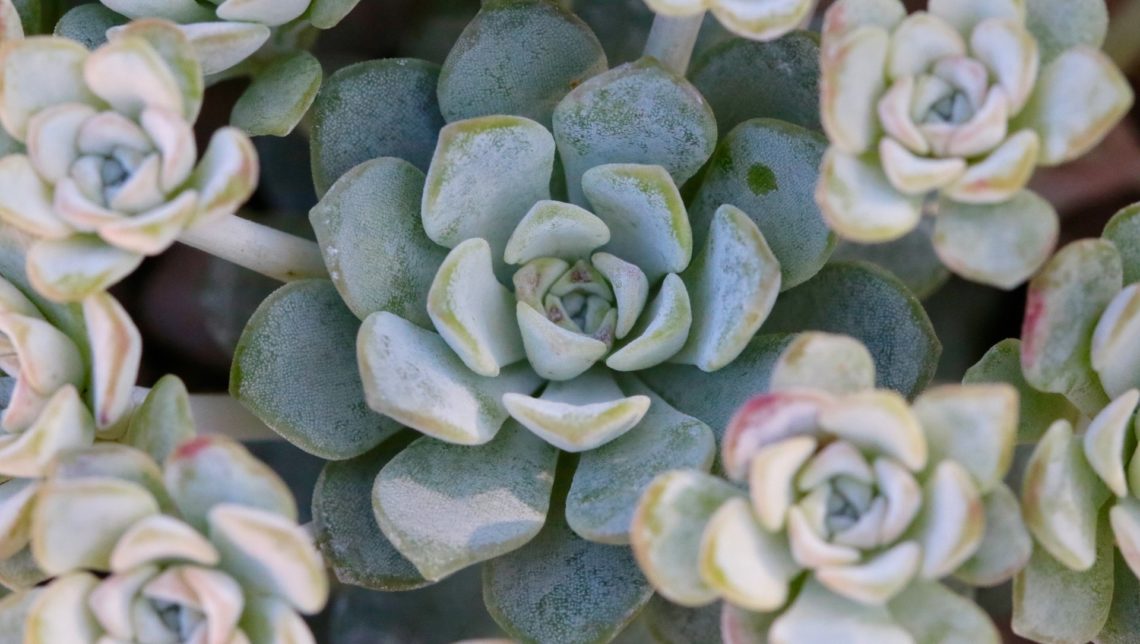 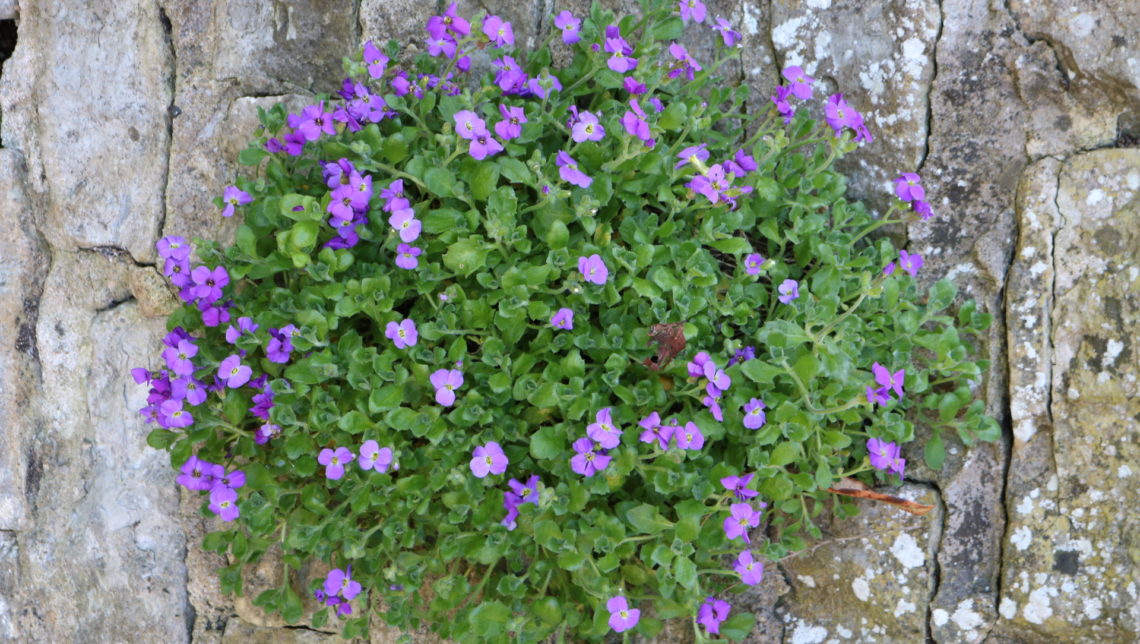 Beginner's Alpine Diary, How To
Alpine Seed Sowing
See how our new alpine gardener got on sowing her first seeds from the AGS seed exchange....
25 March 2019