The Peloponnese might be the cradle of Greek civilisation but it's also a hot-spot of biodiversity. With more than 300 endemic plant species, there are few places in the world that are better for autumn flowering bulbs.
Content Sidebar

See the highlights from the tour.

On our approach to Athens airport we flew over northern Peloponnese and the gulf of Corinth which gave us a good view of some of the locations we are going to visit during the tour. 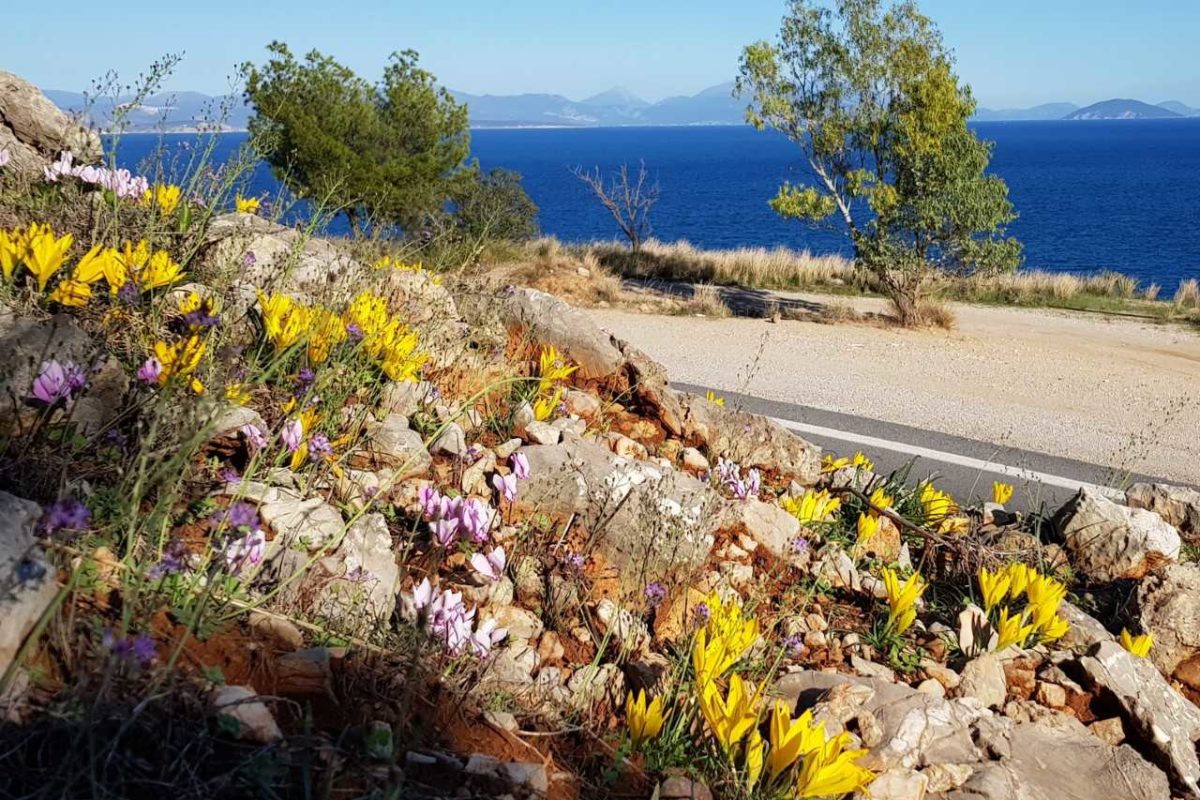 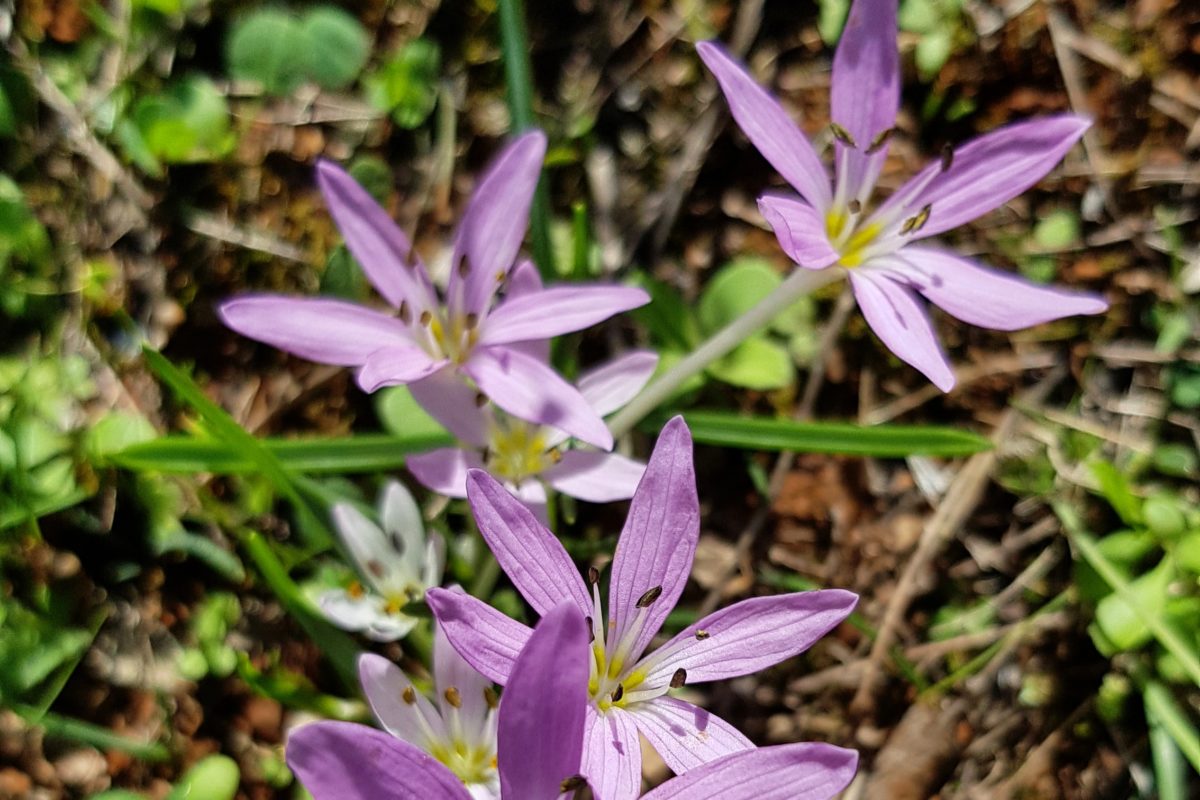 Since both flights landed within minutes of each other in early afternoon we decided we had enough time for a short plant-hunting stint near the airport. The area is heavily built but there are still a few wild places left where one can enjoy the local flora.

Our first stop was caused by a tortoise that was leisurely crossing the road, the banks of which were studded with Crocus cancellatus ssp. mazziaricus and Colchicum cupanii.

After an exciting hour we made our way towards the Corinth canal, where we stopped for a short refreshments and leg-stretching break. Cyclamen graecum and Plumbago europaea were growing well nearby.

A friend of our driver runs a local tavern, and the evening we were treated to a beautiful dinner, made from local produce.

Nights don’t usually feature in plant-hunting travel logs, but this one has to be mentioned as a few of us were woken up by what turned out to be tremors of a 6.8 scale earthquake on the nearby Zantos island! A good conversation topic at the breakfast table.

Lovely as it is, we said goodbye to Nafplio and made our way to the next stop on the route, Sparta. The medieval stronghold of Mystras and Lagada gorge of autumn-flowering Galanthus reginae-olgae fame are the targets of the third day. 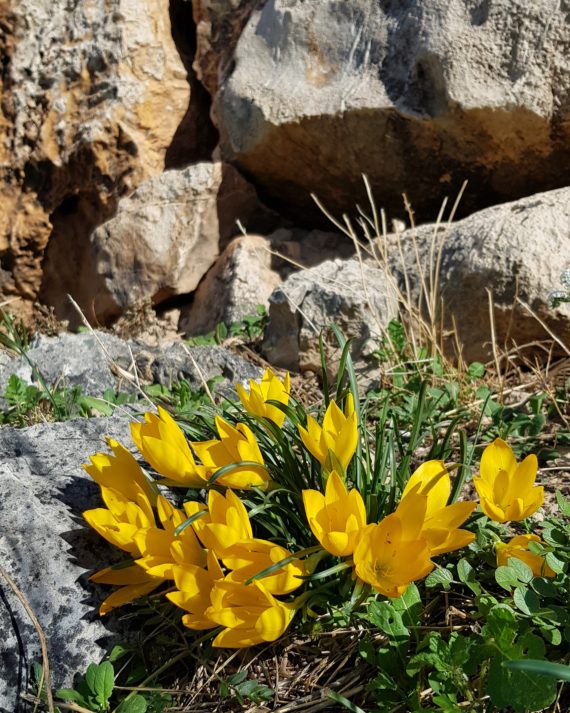 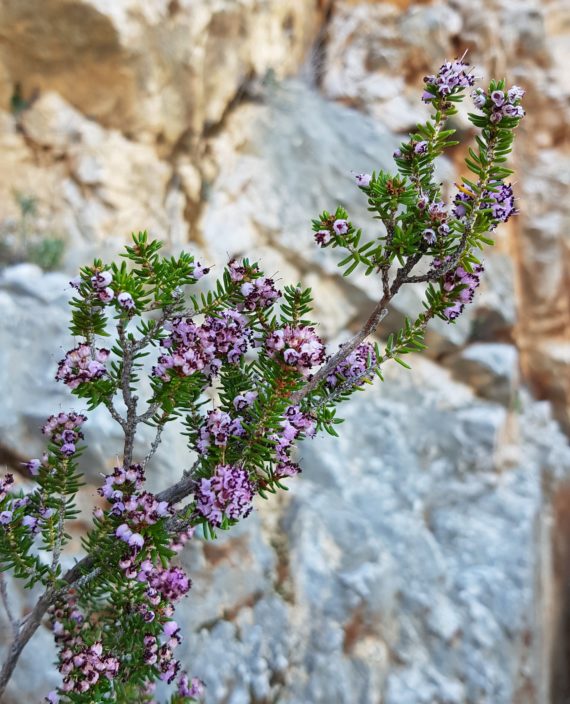 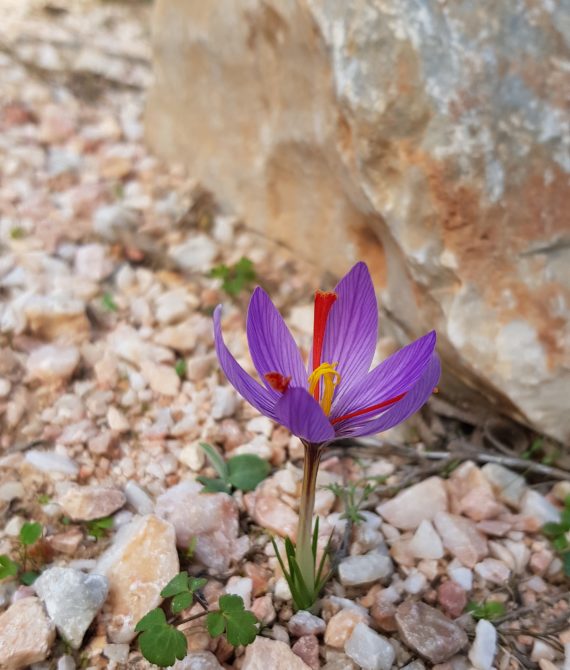 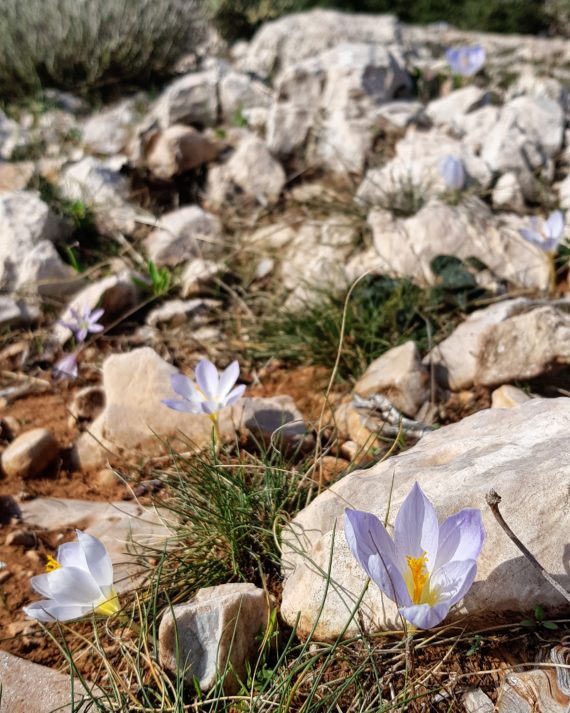 On our second day, after a good breakfast at the Grand Bretagne hotel in Nafplio, we made our way to nearby Mycenae. The home of one of the oldest European civilisations, the 4000 year old citadel is also a good place to spot Sternbergia sicula and Arisarum vulgare.

The afternoon was spent travelling south along the shores of the Nafplio Bay. We were looking out for several locations where Spiranthes spiralis, Allium callimischon and Crocus boryi are known to grow.

The weather was absolutely glorious and we had time for a picnic lunch with views of the bay and a walk around Astros Castle. 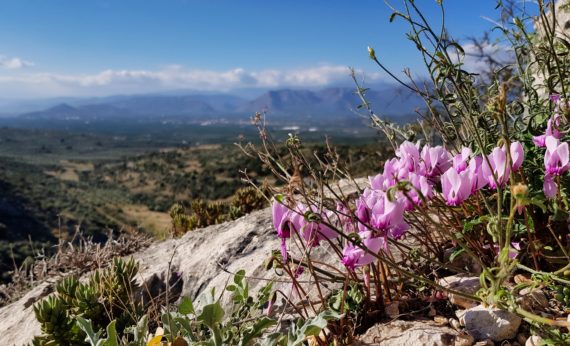 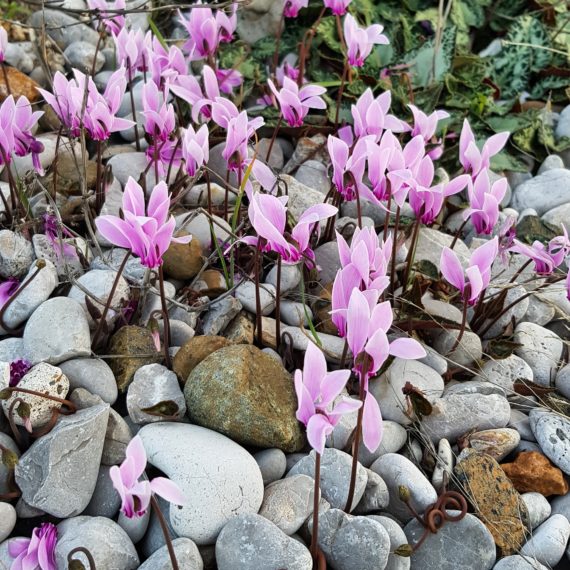 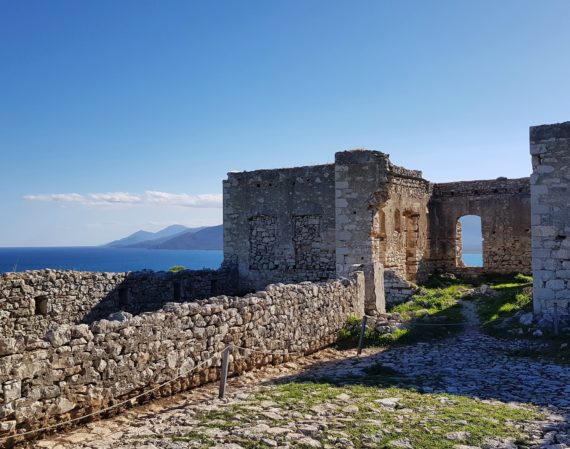 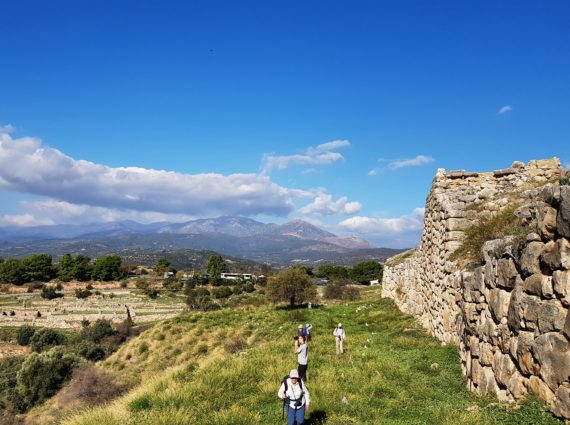 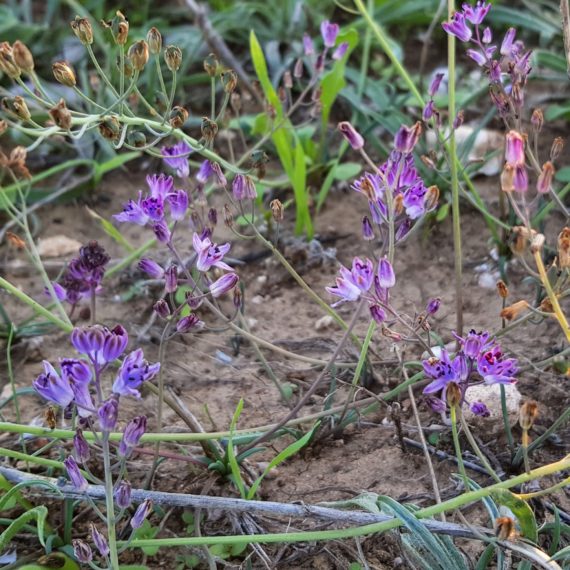 A friend of our driver runs a local tavern, and in the evening we were treated to a beautiful dinner, made from local produce.

Nights don’t usually feature in plant-hunting travel logs, but this one has to be mentioned as a few of us were woken up by what turned out to be tremors of a 6.8 scale earthquake on the nearby Zantos island! A good conversation topic at the breakfast table. 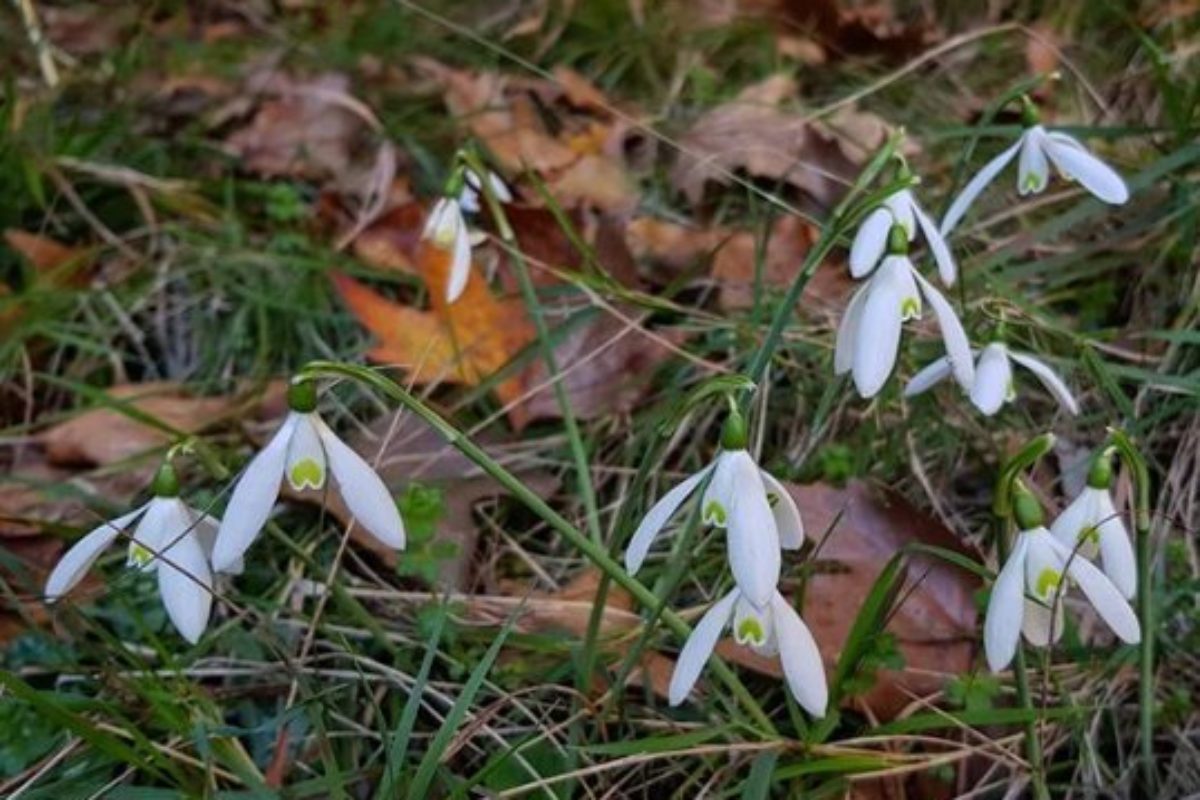 Our next two days were spent in the Taygetos mountains, in very atmospheric moist valleys. Here, in the cool shade under ancient oriental plane trees, Galanthus reginae-olgae thrives. 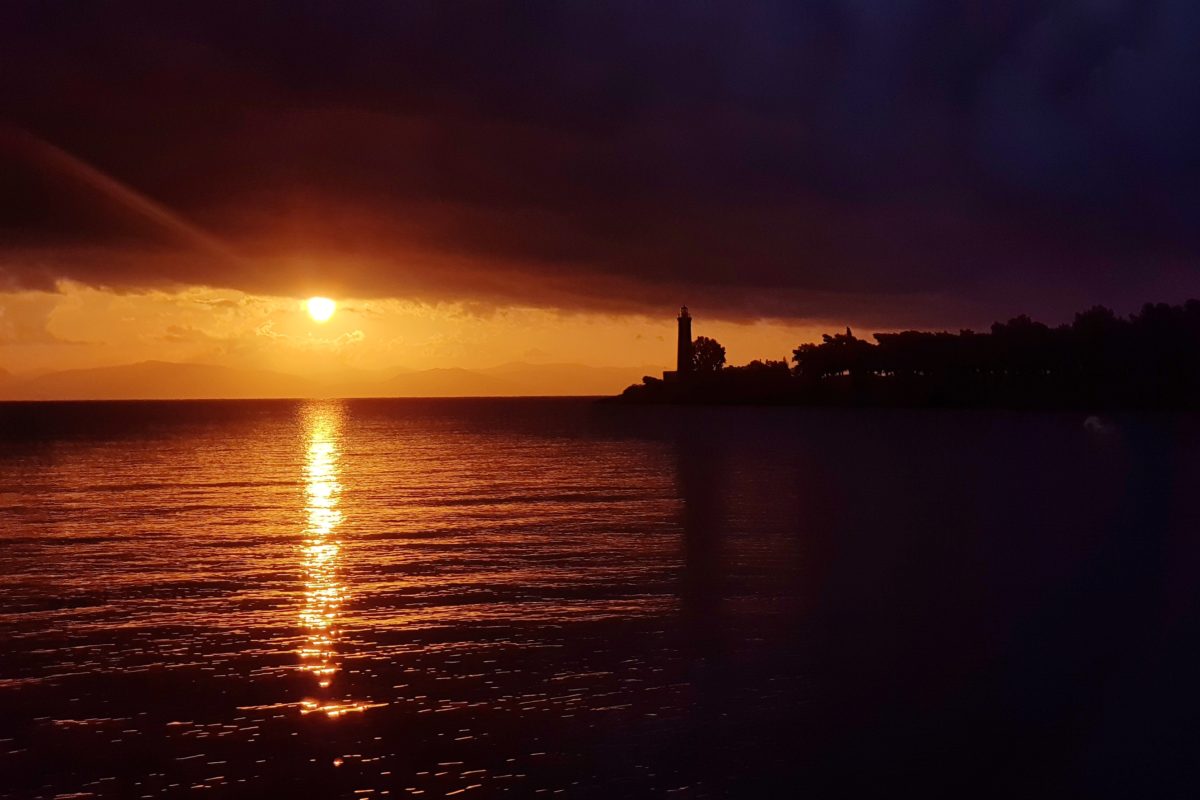 When in the area a visit to the medieval citadel of Mystras is a must. Allium callimischon, Campanula versicolor and many other gems adorn the ruined walls of this once thriving town.

The fishing town of Gythion is still reminiscent of old Greece before the advent of mass tourism. Gythion is the gateway to the Mani Peninsula, a sparsely populated, barren place that harbours many endemic species.

You could tell that the area and the timing were perfect for botanising as on the first night at the hotel in Gythion there were four plant-hunting groups, AGS included.

Within walking distance of the town’s centre, connected to the mainland by a short causeway, lies the island of Kranae, a veritable heaven for Cyclamen graecum aficionados. Each of the thousands of plants that grew in every nook and cranny (and even in dissolution holes on the shore) seemed to have differently marked foliage.

The day trip to the Mani included stops at Vathia, olive groves lost in the landscape, and Cape Tenaro. 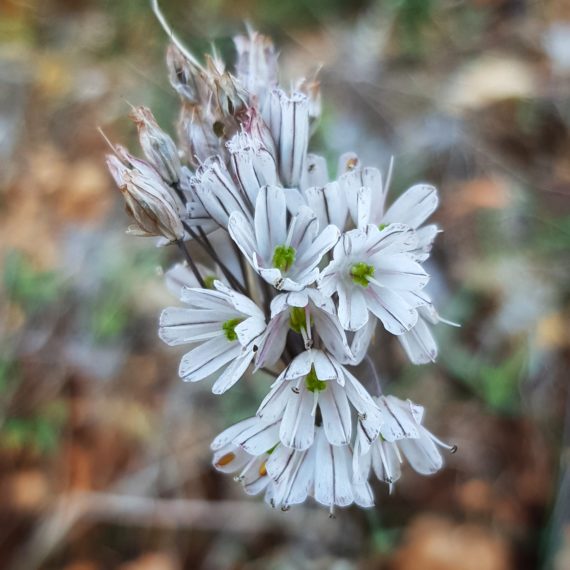 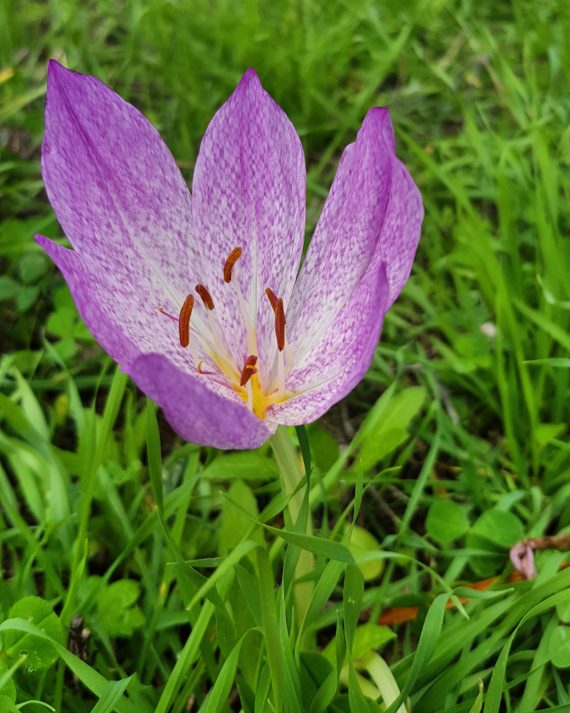 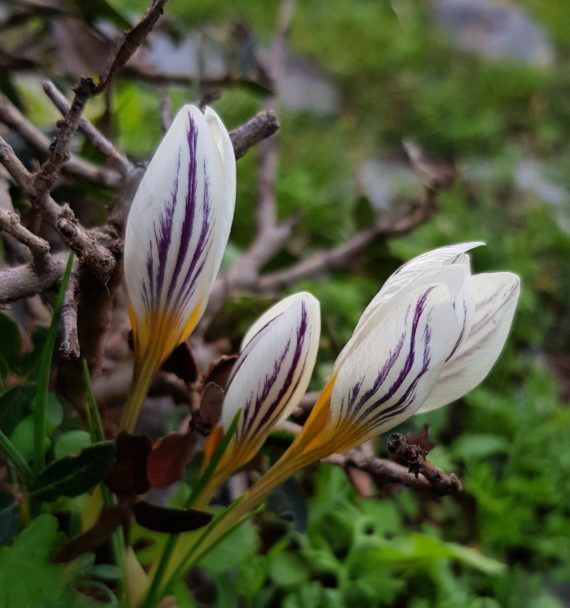 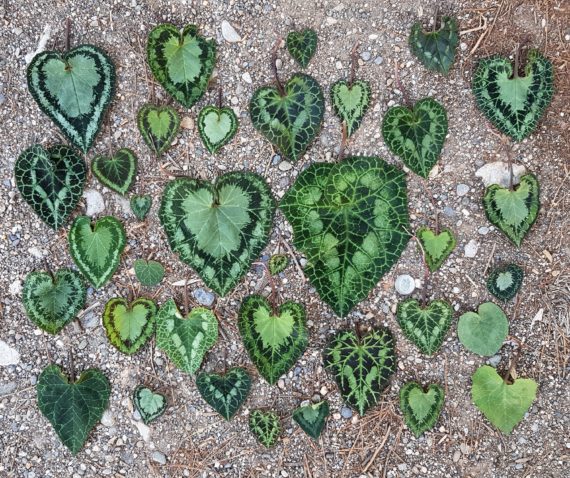 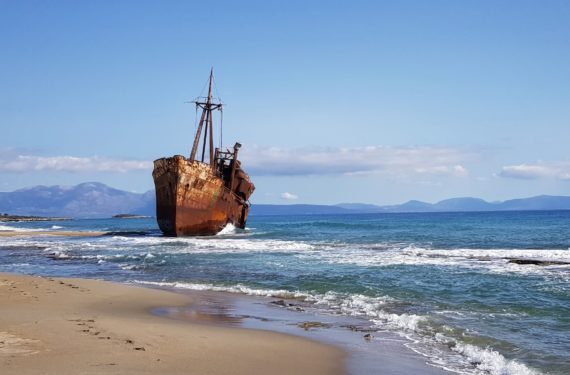 On the second morning in Gythion, following a tip from another group, we managed to locate a late-flowering Colchicum bivonae. Most of the flowers in the clump had gone over but one was still standing proud. This was the largest of all the many Colchicums seen on the trip, and easily distinguished by the heavy tessellated tepals.

With the afternoon free, some of us chose to take a swim near the Dimitrios wreck, where on nearby dunes Pancratium maritimum was seen in flower and seed.

The next two nights were spent in Monemvasia, and on the way there, there were plenty of roadside botanising opportunities. Colchicum sfikasianum, Colchicum psaridis, Crocus niveus, Narcissus tazetta and others were found and photographed dutifully.

On and around Monemvasia, Crocus goulimyi abounds. Described as late as 1955, this southern Peloponnese endemic, is a highly variable and desirable plant. 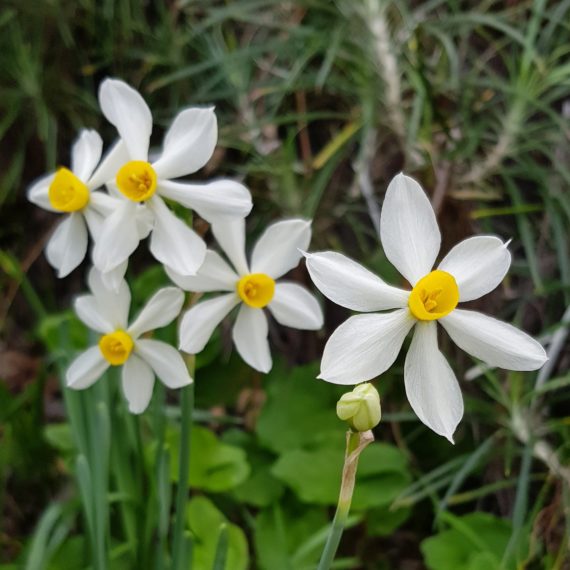 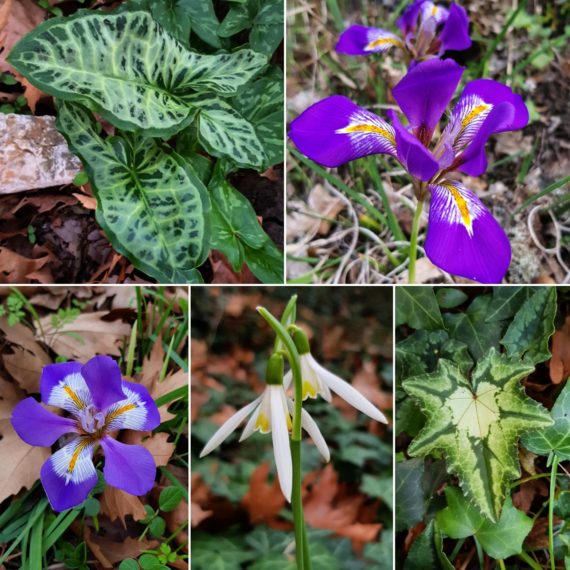 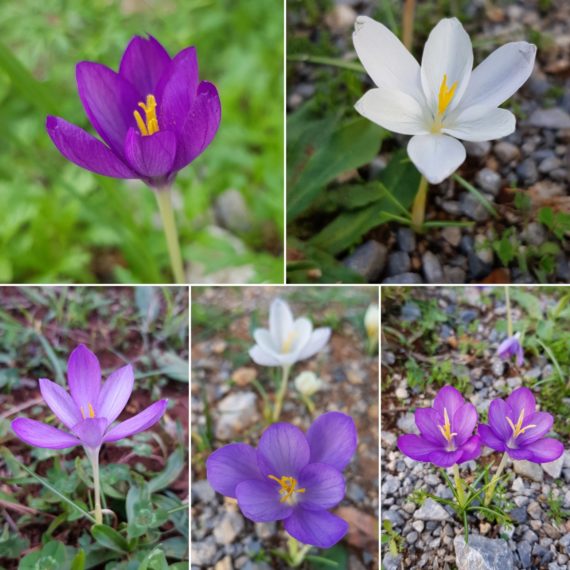 To break the journey from the south back to Athens airport, the tour stopped for one night in Tripoli. A fairly long trip by bus, stretched to a whole day, by frequent stops to photograph Crocus biflorus subsp. melantherus, Colchicum cupanii and in late afternoon a few Iris unguicularis growing in oak forests an hour away from Tripoli.

Sadly all good things come to an end, but I’m sure we shall all remember the 90+ plant species recorded, the sunny weather (which on days reached close to 28°C), the good food we all shared in the evenings and the many laughs we had together.

We’ll be running another tour to the Peloponnese in March/April 2019 to see the vast array of spring flowering plant species. Find more information here.

Răzvan Chişu MCIHort, has had a passion for alpines since he joined the AGS aged 14. As a professional horticulturalist, he divides his time between garden design jobs, giving lectures and running plant hunting tours. His plant interests are diverse and wide ranging, from bulbs, to ferns, succulents and hardy perennials.

(in the region of)