More detailed information and rules on entering the Online Show.

There are three prizes available, each consisting of £40 worth of AGS gift vouchers. The categories for which the prizes are awarded are:

To enter, log into the website and head to the entry page (make sure you have a jpeg file of your photograph).

Note: Please ensure you complete/update your contact email address. We will use this to contact you if there is a problem with your entry.

You will find more detailed rules and procedures while you are in the show pages. Some key points to be aware of:

You should note that this is a show for alpine and rock plants, as described in rule 11:

There is a list at the front end of the show which is the one that entries need to be made against. Exhibitors are urged to look through the ‘plant families and genera’ lists to familiarise themselves prior to entering and to use this as the only authoritative list for this competition.

In the latest APGIV Flowering Plant Classification published in 2016, six families have been permitted to have dual names, mainly because they have been used for a long time and by popular demand. The families that concern us are: Asteraceae v Compositae, Brassicaceae v Cruciferae, Lamiaceae v Labiatae, Fabaceae v Leguminosae and Apiaceae v Umbelliferae. For each of these pairs, each name has equal status under the International Code of Botanical Nomenclature (with thanks to Dr. Martin Sheader).

Don’t panic, however! ‘Errors in naming will not disqualify’ (see rule 13) unless it renders the entry NAS (e.g. a plant mistakenly identified and named as a British native which is actually from mainland Europe would be NAS in a ‘Native to British Isles’ class).

Any descriptive notes included with an entry, unless already specifically required by the class, may be taken into account in tight decisions.

(The full rules are available to download at the end of this page.)

Unless otherwise stated, only members of the Society may compete.

Eligibility of exhibits – plants: All plants exhibited in the Online Show must be the bona fide property of the exhibitor, growing in a container or in the exhibitor’s own garden. A number of classes have been split into ‘in a pot or pan’ and ‘garden setting’ (note: the exhibit must be ‘growing’ in these settings). For the 2018 show, they must have been photographed during the period 1st October 2017 to 24 December 2018. (This extended period is to facilitate entries from members in the Southern Hemisphere.)

Eligibility of exhibits – photographs: The photograph used to portray the exhibitor’s entry need not have been taken by the exhibitor. This is not a photographic competition – the skill of cultivation outweighs the skill of the photographer. The quality of the photograph is not being judged but it should be good enough to do justice to the plant being exhibited. It is vitally important that as much of the exhibit is shown as possible, both flower and foliage as appropriate, avoiding close-up shots. It must be stressed that if only part of a plant, a single flower or an obviously ‘enhanced’ photo is entered, the exhibit will be down-pointed.

Entries will be judged over the Christmas and New Year period and results will be announced early in January 2019.

When entries close on Christmas Eve, visitors can view all the entries in each class, but without the exhibitor’s name.

Anyone logged in as a website user during judging can record their vote for the best plant or entry in each class. As well as presenting the official firsts, seconds and thirds chosen by the judges, the popular choice in each class is also be indicated when the results are published in January.

Before judging: Before the 24 December, the only information available in each class will be the total number of entries. (Exhibitors will also be able to see their own entries when logged in. It will be possible to replace an entry.)

During judging: All entries will be visible but exhibits will be anonymous.

After judging: All entries, exhibitors’ names and the results will be visible. 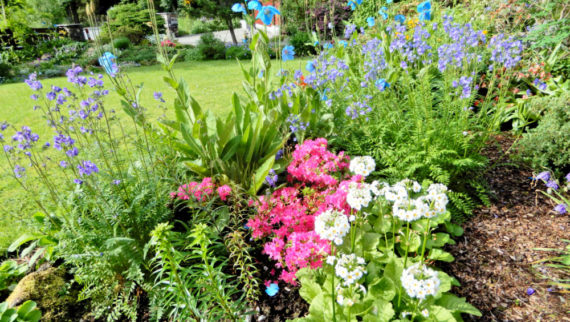