On the weekend of 16-17 November, members gathered together in Stratford-upon-Avon for the Society’s AGM & Conference.

Our AGM took place on Saturday. Free for members to attend, it’s a chance to see what we’ve been up to over the last 12 months. AGS President Christopher Bailes delivered a report on the Society’s activities, including the rebrand of our journal and our conservation projects. Our treasurer John Galloway then took us through all thing financial, covering our income, investments and assets. 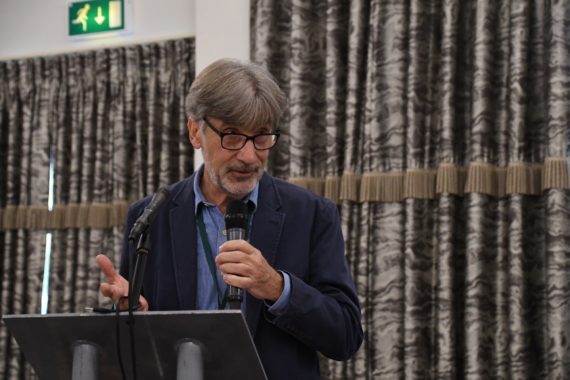 Next, it was onto celebrating our members with the AGS Awards. These are awarded for contributions and achievements across various areas of the Society (full details of the recipients can be found here). Just a selection include the Local Group Award which went to John & Brenda Foster from the East Anglia group for their hard work and commitment. The Sir William and Lady Lawrence Award went to Kit Strange for her significant contribution to the cultivation of alpine plants, while the Website Award was given to Harry Jans for providing a wealth of imagery for the AGS website.

The award of the highest honour is the Lyttel Trophy, the winner of which is always kept secret ahead of the AGM. We’re delighted to share that this year, it has been awarded to Martin & Anna Sheader in recognition of their significant contribution to the world of alpine plants. Their efforts and activties span far and wide, from beautiful photography and tour leading to scientific research and their impeccable articles for the journal.

Next, it was over to Director of Shows Martin Rogerson to announce the show awards. Below is a selection of our award winners from the weekend. 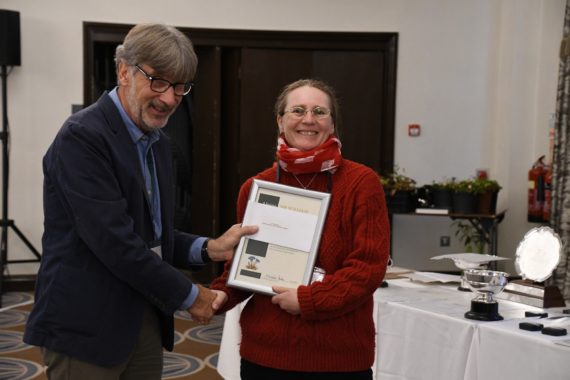 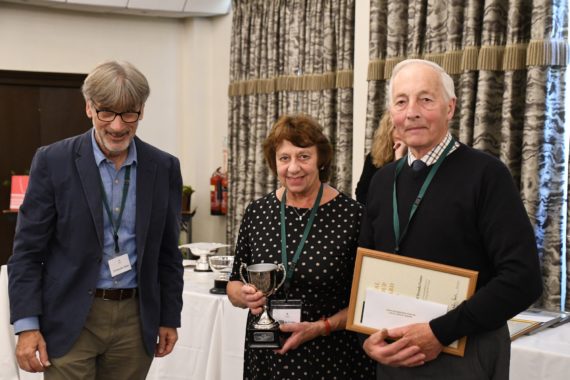 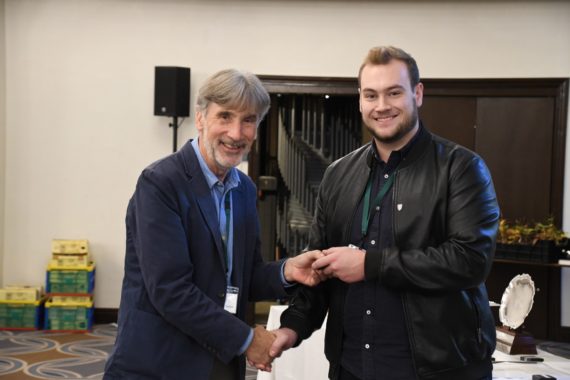 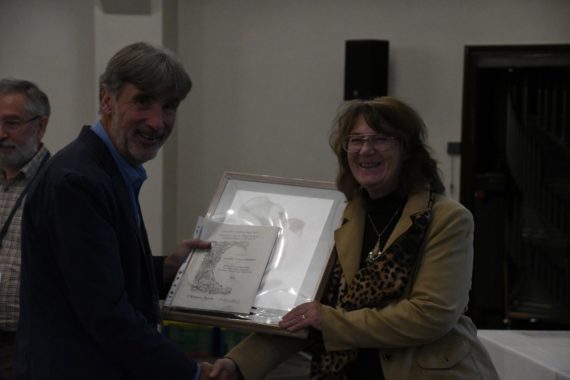 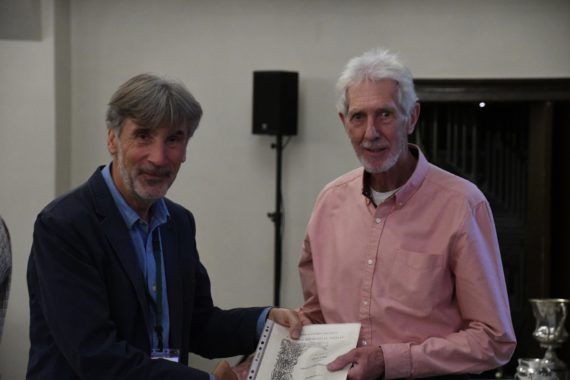 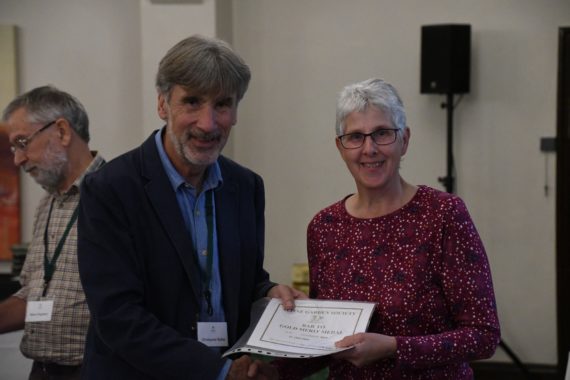 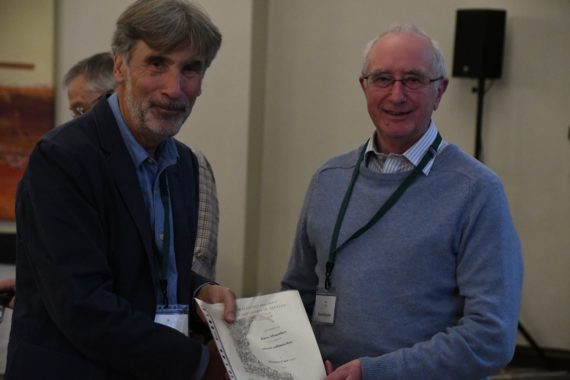 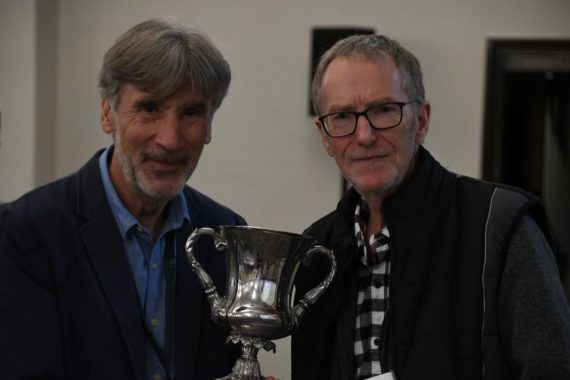 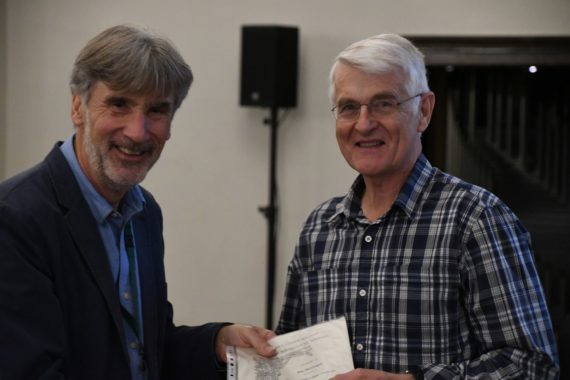 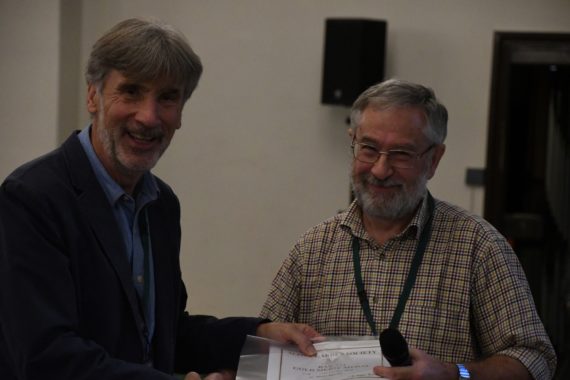 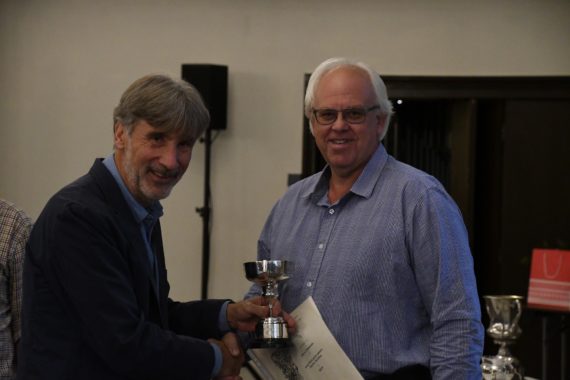 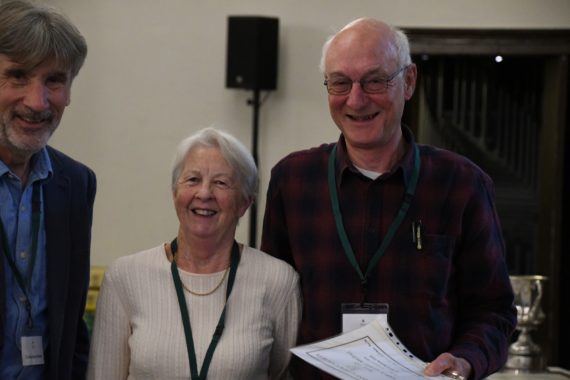 The AGM concludes with the E.B. Anderson Memorial Lecture which this year was given by our Associate Editor Robert Rolfe. We are now into our 90th year and Robert’s talk, Contemplating 16 at 90, was a look back at some of the significant figures from our 90 years, including Kath Dryden, Valerie Finnis and Jim Archibald. 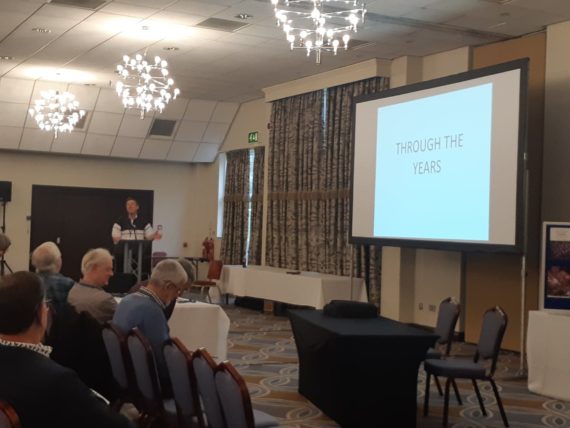 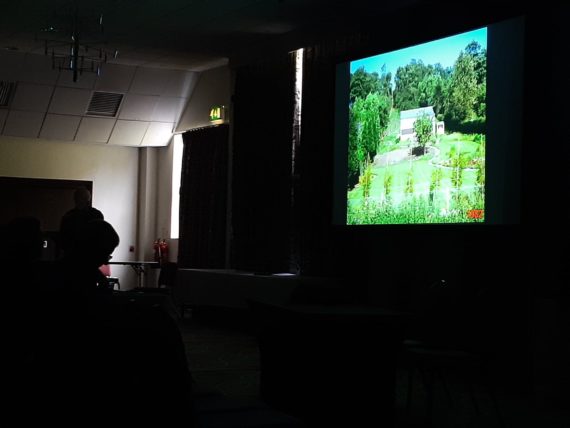 Our conference followed on from the AGM, beginning on Saturday afternoon and we had a fantastic programme of speakers. Harry Jans was first up, looking back at the ACE expedition 25 years ago and showing some of the differences in China between then and now. The first AGS-funded alpine trainee at Royal Botanic Garden Edinburgh, Alex O’Sullivan, shared his experience and learnings from his year at the gardens, demonstrating the value of funding these initiatives. Our final session on Saturday was a lecture from Andreas Groeger from Munich Botanic Garden on the biodiversity of Georgia.

Sunday kicked off with an interesting talk from Brian Burrow on some of the plants he’s grown over the years. Next, Steve Furness gave us a humorous but informative talk on how not to build a rock garden, sharing the various stages of constructing the incredible rock garden at his Derbyshire nursery. In the afternoon session, we were treated to a look at the plants and places of Patagonia and Peru from avid traveller and AGS tour leader David Haselgrove. John Fielding rounded off a great weekend with a talk on the flowers of Crete. 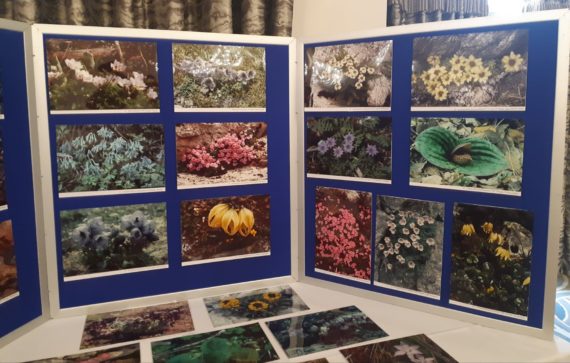 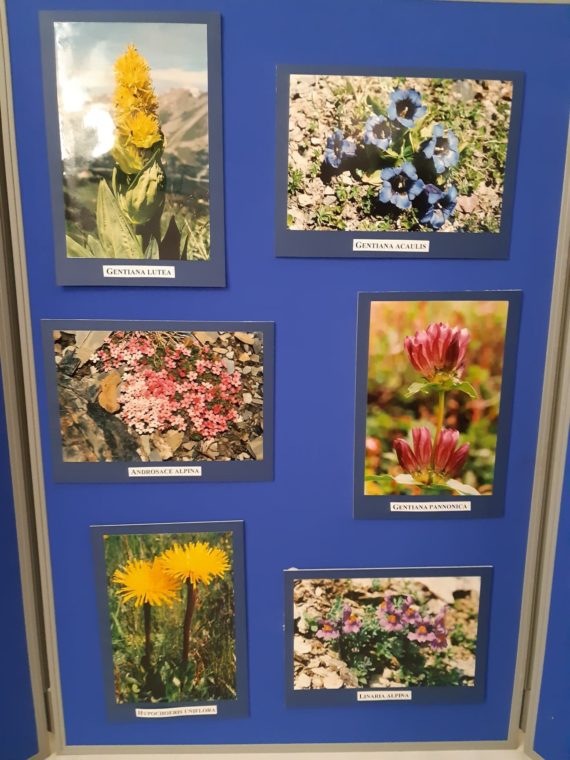 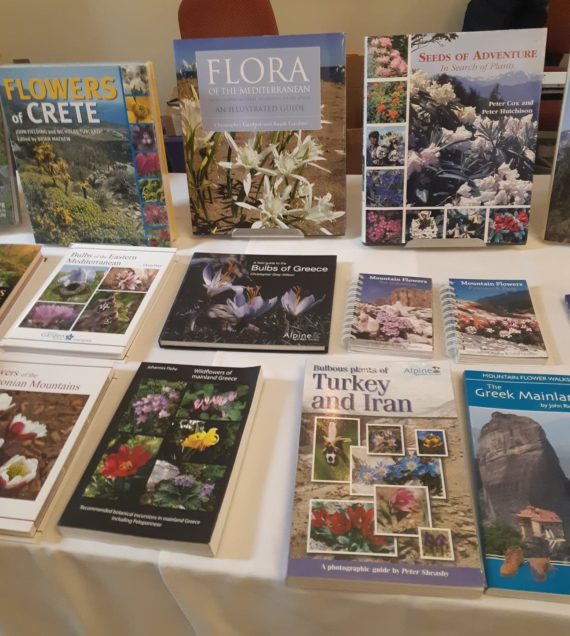 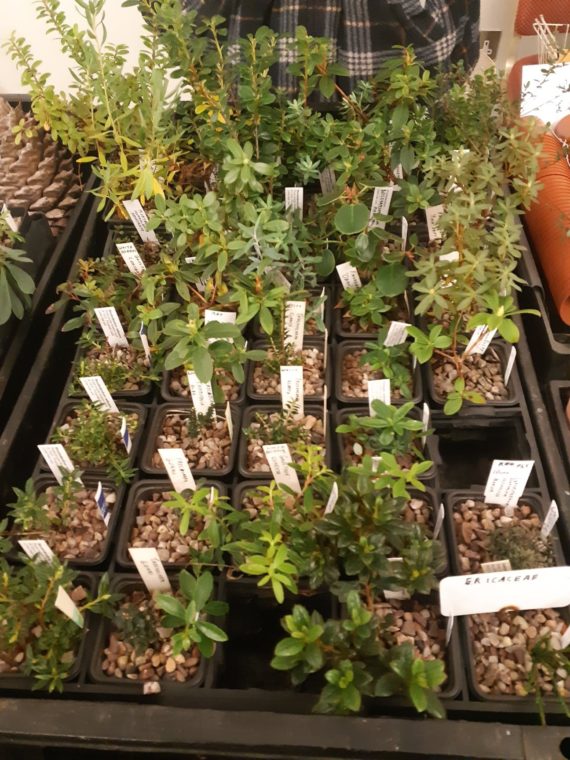 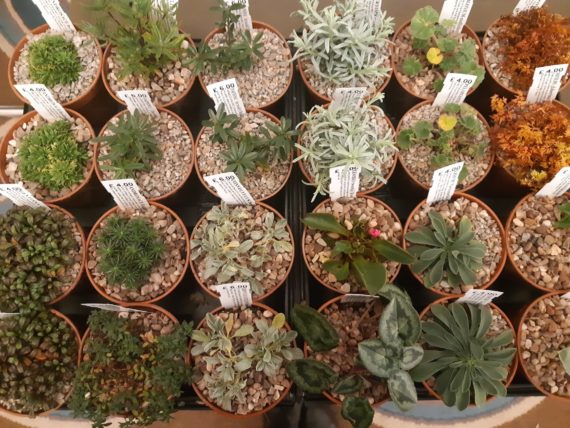 There were also photographic exhibitions from Christopher Grey-Wilson and Peter Sheasby which were much-admired. There was also a wide selection of gardening books and merchandise to buy, a seed stand and wonderful plants from a selection of specialist nurseries. Our auction on Saturday evening of valuable books and plants, including an array of Cypripedium, raised over £1,000!

A huge thank you to our speakers, the nurseries and everyone who gave their time to help us put together another successful conference. And last but not least, thank you to all of our members who attended and made it such a wonderful weekend.

Time to start planning for next year! 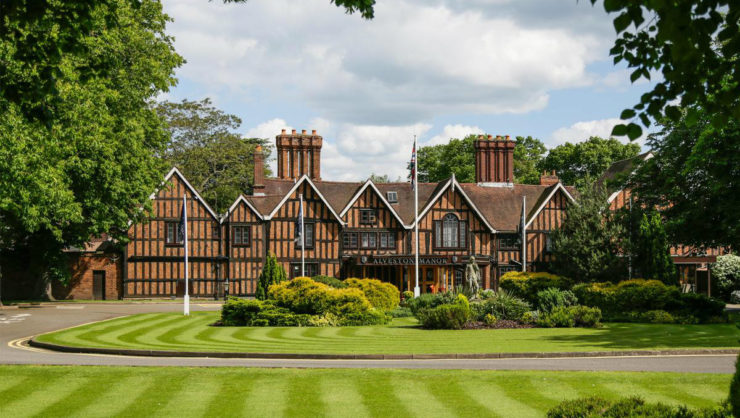 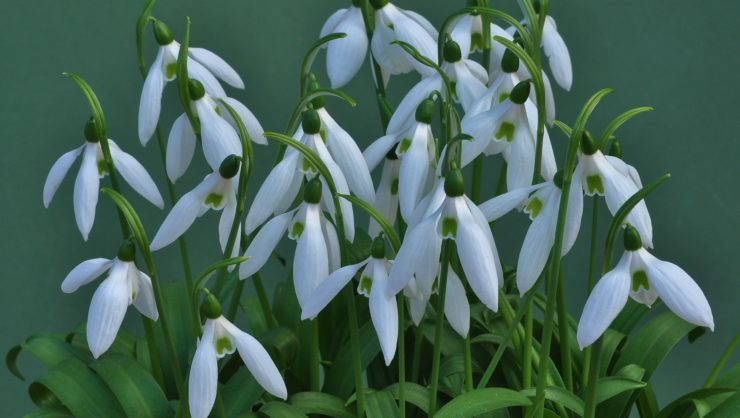 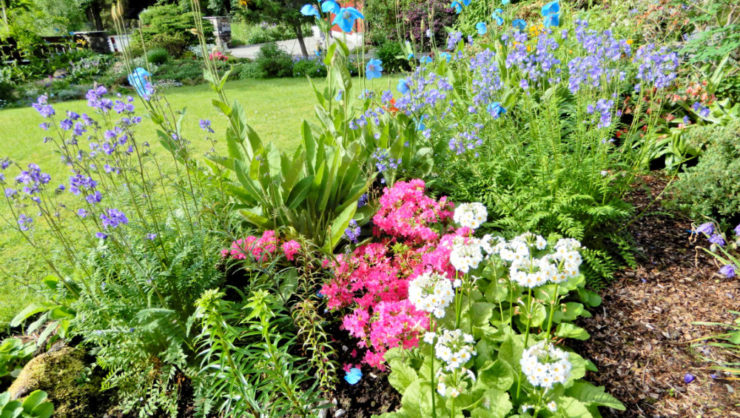